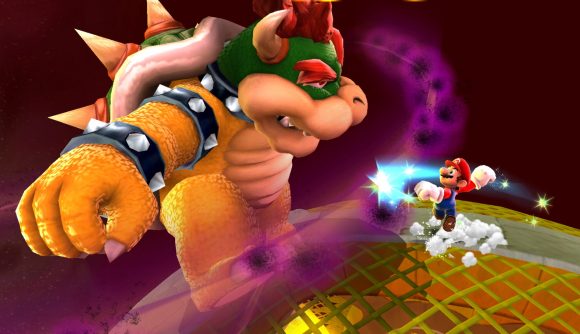 Ahead of Super Mario 3D All-Star’s Switch launch this coming Friday, the Mario 35th anniversary Twitter account has tweeted a video to showcase Mario Galaxy’s new touchscreen controls, so you will know what to expect whilst playing handheld mode, or on the Switch Lite. Motion controls have also been shown for those of you playing while your Switch is docked.

As the video shows, you can use the gyro aiming built into the Switch Joy-Con, or the touchscreen to collect and release star pieces. It is still unclear as to how the Pro Controller will work with Mario Galaxy, but as it also has gyro controls built-in, it will likely work similarly to the Joy-Con.

Super Mario 3D All-Stars was a surprise announcement towards the end of the Mario 35th anniversary-themed direct at the start of September. It will include Super Mario 64, Super Mario Sunshine, and Super Mario Galaxy; all optimised for Switch with HD graphics, as well as a music player, so you can keep grooving upon completion.

This highly anticipated title has been marred by some backlash due to the limited run of its physical and digital releases, which has led some fans scrambling to secure a copy. According to a Resetera user, the online UK retailer, Base.com, has recently cancelled all of its pre-orders due to “woefully short” stock allocation. Nintendo is yet to comment on the reasoning behind its limited run.

Despite the pre-order issues, Amazon US has recently announced Mario 3D All-Stars has become one of its highest selling games of 2020 to date, behind only Animal Crossing: New Horizons, while beating out The Last of Us Part 2 and Minecraft.