Super Mario 3D World + Bowser’s Fury is a strange package, offering a seven-year-old Wii U title and a newly-developed expansion that feels almost antithetical to the game that provides its basis. In a way, this makes it a compelling oddity, as you switch freely between the past and a potential vision of Mario’s future.

Often acclaimed as one of the Wii U’s finest hours, 3D World is a solid marriage of 2D and 3D Mario’s distinct styles that, unfortunately, finds scant fresh ground in its splicing of the old. It comes across as a dutiful and eminently playable history lesson, though its baby-steps approach to change makes it feel every day as old as its seven years – and then some.

Take its camera, for instance, which provides only the most basic control over how you view your surroundings. It’s a fine idea by itself, as each level becomes a tightly-controlled diorama of sorts to venture through, fit with plenty of well-hidden secrets on the periphery. However, in straddling the line between 2D and 3D Mario, it never quite nails either style.

Part of the issue is the game’s reduced moveset when compared to the earlier Super Mario Galaxy series and even Super Mario 64, including the lack of a triple jump. Nintendo has addressed the Wii U original’s annoyingly slow running speed for this re-release, but simply moving around its wonderful spaces just doesn’t feel quite as exciting or liberating as it should. 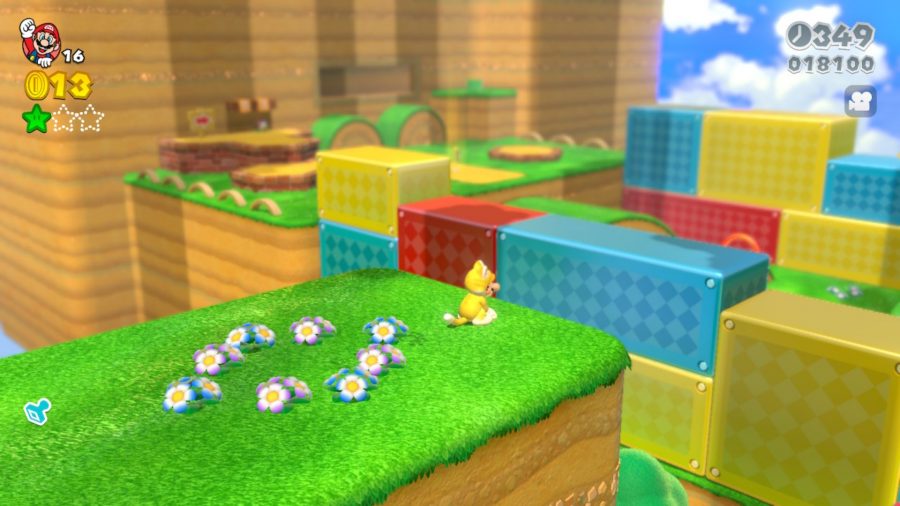 Still, there’s no denying that it’s practically bursting with creative, yet admittedly slight, ideas and successfully presents the portly plumber at his cutesiest. If not for the awkward pointer that replaces the Wii U’s touchscreen functionality in docked mode, the Switch version would definitively be the best way to play. All told, this comfy distillation of almost everything Mario is still worth a shot; it’s just a shame that 3D World never truly meets the promise of its name.

Bowser’s Fury, on the other hand, lays the foundations for Mario’s future, delivering a wonderful sense of freedom as you explore the striking, wide-open Lake Lapcat. This creative expansion unfolds similarly to an extended Super Mario Odyssey world, drip-feeding you its areas so as to never grow overwhelming while providing you with just enough agency to keep things interesting.

Each island presents you with several small challenges to complete, from treasure hunts to tricky platforming gauntlets. If you find yourself stumped, you can simply hop on the dinosaur-like Plessie and sail away to wherever your heart desires. The summery map continues to expand and evolve over time, leading you to return to earlier areas and once again enjoy their joyful tunes. 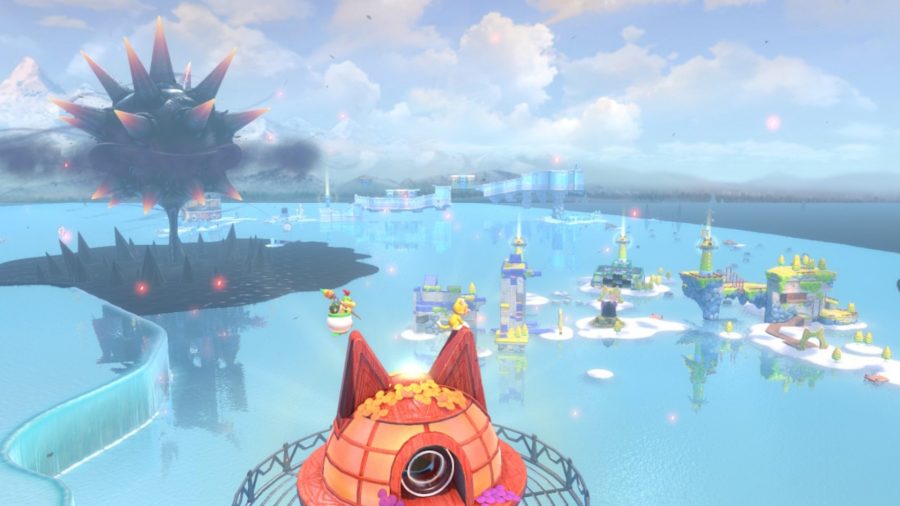 The increasingly ludicrous cat-themed architecture and troubling, though still oddly cute, cat splices (including cat goombas, pigeons, and more) are almost enough to distract you from the elephant in the room: kaiju Bowser.

He pops up every ten minutes or so to blast you with his bad breath and reign down fiery death from above. His first few appearances are shockingly tense, and his ominous presence is perhaps more threatening than anything in a Mario game to date – 64’s terrifying eel included.

Sure, these sections play out in much the same way every time they appear, but just as the spectacle starts to grow stale, you’ll blow up in size and face off against Bowser in a short-but-sweet boss fight. Suddenly, the towering platforming stages you’ve spent so long attempting to scale become quaint pieces of cover, scarcely taller than Mario himself. 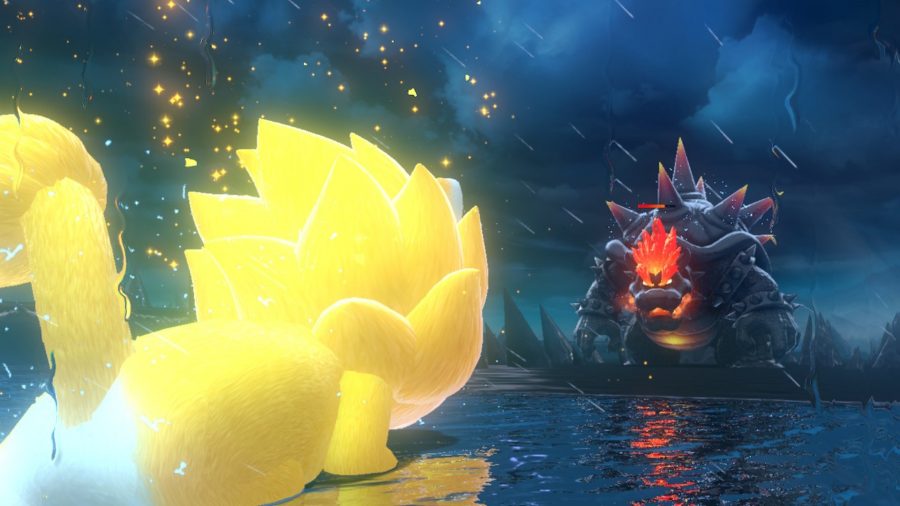 Bowser’s Fury is genuinely refreshing, with nary an ounce of filler in its tight three-hour runtime. And yet it’s hard not to view it as just an enticing first step in a new direction for the decades-old series. What wonders could a full-scale open-world Mario adventure deliver? Hopefully we’ll find out soon enough.

In the meantime, Super Mario 3D World + Bowser’s Fury is a worthwhile, if slightly inconsistent, offering that might not present Mario at peak form but still comfortably runs circles around most modern platformers.

Super Mario 3D World + Bowser's Fury provides a compelling, if inconsistent, blend of the past and a potential vision of the portly plumber's future.