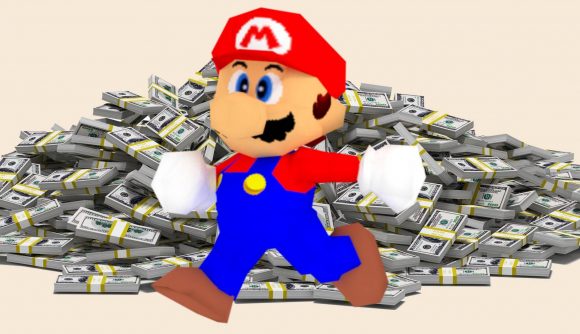 While prices of classic retro titles have steadily crept up, especially some rarer titles like Paper Mario: The Thousand Year Door, we haven’t seen them go for much more than a maximum of a few thousand dollars… until recently.

The previous record for a video game at auction was set with a rare copy of the original NES title The Legend Of Zelda, sold just this July at $870,000 USD. You’d think a title that’s still free to play with Nintendo Switch Online wouldn’t be so coveted, but collection is a strange field.

Jump forward two weeks and this Sunday a sealed and A++ graded copy of Super Mario 64 has sold for an astonishing $1,560,000 USD, sparking much debate among the community about the current state of collecting and how games so readily available can be sold at this price. The original Super Mario 64 sold around 11 million copies worldwide, so it’s hardly scarce. Though of course the quality of this version is exceptional.

The auction was held by Heritage Auctions, where the description read;

“Well — we’re a bit speechless on this one. What can we even say that would do this copy the justice it deserves? The cultural significance of this title and its importance to the history of video games is paramount, and the condition of this copy is just so breathtaking that we’re really at a loss here. If you have had your heart set on obtaining the highest graded copy of the single best-selling video game on the Nintendo 64 — the first 3D adventure of Nintendo’s mascot, Mario — we only have one piece of advice: this is not an opportunity to waste.” 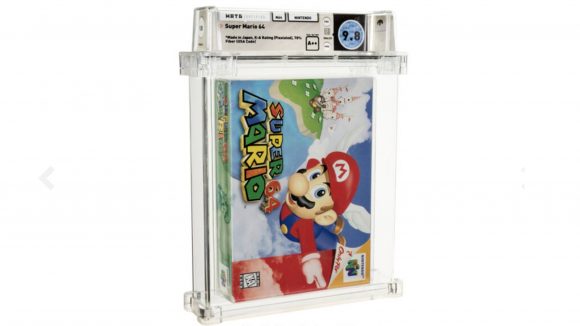 While some Twitter users threw out wild claims of money laundering, or millionaires simply being bored, the fact remains that this is an extraordinary price for a seemingly modest video game. Only time will tell if this sale is an anomaly, or a sign of a market shift on the way. Though grading companies are fairly backed up, it might be time to check your loft for those old games. Hopefully you didn’t throw away the box!