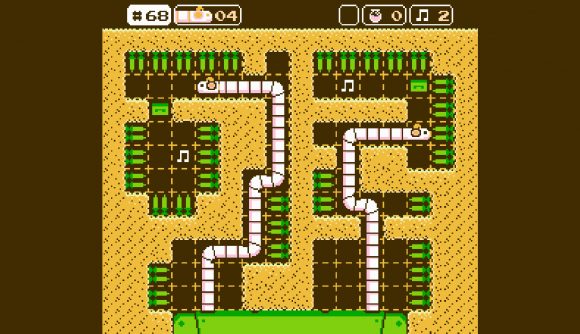 If you got your hands on that adorable little handheld known as the Playdate, then hopefully you’ve been having a blast working through the first season of games. Beyond that though, is a whole other bunch of games just waiting to be downloaded and played over at Itch.io, with a library that is growing by the day.

If you keep an eye on the retro hardware market, you may have come across the snazzily titled Tapeworm Disco Puzzle, a grid-based puzzle game that has previously been released for PC, NES, and even the Dreamcast. Developer Lowtek Games has announced that the title is now slithering onto the Playdate, launching tomorrow, June 1. Described as a mix between Lolo and Snake, Tapeworm Puzzle Disco Playdate has you play as the titular tapeworm who owns a club and must collect blood, play music, and ensure the fleas are having a great time.

The title was originally launched for the NES in 2021 after a successful Kickstarter, with funding reaching all the way to a Playdate stretch goal. Well, now it’s here, with exclusive gameplay mechanics to make use of the Playdate’s crank as well, as the crank can be used to wind the worm back into the tape. We can’t wait to give it a crank later this week.

If you’re interested, you can watch the extended Itch.io trailer for the game below running on an NES, just remember it will be black and white on the Playdate! 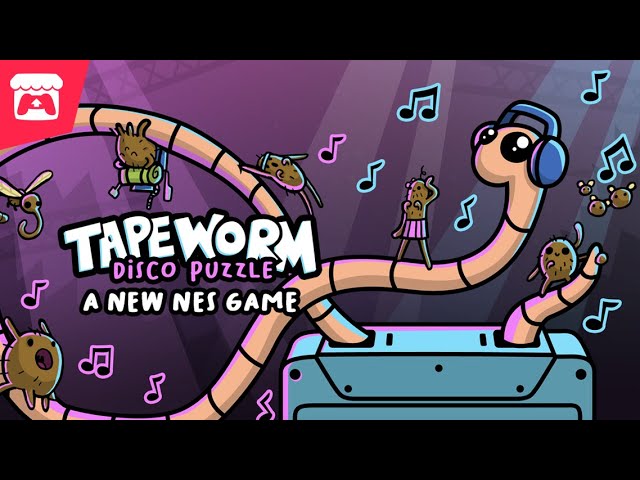 We absolutely love the Playdate, but if you’re not cranking one out just yet, be sure to read our full Playdate review to see why we recommend this lovely little handheld for anyone with a passion for indies.