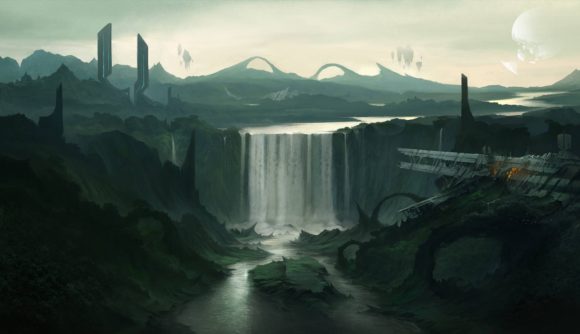 BadFly Interactive, the developer of Dead Effect 2, has released a technology benchmark for its upcoming sci-fi FPS, TauCeti Unknown Origin. The playable demo is designed to show what high-end smartphones are capable of.

While technology benchmarks traditionally give you a mere glimpse of what to expect on full release, TauCeti Unknown Origin really showcases that the future of mobile gaming is bright. TauCeti Unknown Origin takes place on the hostile planet Tau Ceti f. Your ship, the ESS Meridian, crashed, leaving you marooned in a jungle full of unknown life forms. It’s up to you to survive and investigate the secrets hidden within the planet.

While dubbed as the spiritual successor to BadFly’s previous games, TauCeti Unknown Origin is more than just a game for Dead Effect fans. The TauCeti technology benchmark offers stunning visuals, two playable levels, full controller support, and more. It may well be a tech demo for us to enjoy, but it also acts as a call to arms for mobile developers to bring more console-level experiences to mobile.

The TauCeti Unknown Origin technology benchmark is available to download right now on Google Play and the App Store.

Fancy checking out the trailer to the TauCeti technology benchmark?

If you are unsure if your device is powerful enough to handle this tech demo, then check out the minimum requirements below:

If the TauCeti technology benchmark has gotten you craving a new game to play, check out our best mobile RPGs guide.