There have been a myriad of survival games on mobile, the majority of which are ports of PC classics, like Kingdom Two Crowns or Don’t Starve. What stands out with The Bonfire in particular, though, is the fact that it feels tailor-made for the platform. It takes place on a 2D plane and consists largely of taps. Tap to gather resources, tap to assign your survivors as guards, and tap to build new buildings.

The Bonfire 2, which just launched this week on the App Store, is largely the same game, just with an isometric viewpoint. In this regard, it feels more like a traditional RTS. You can choose where to place the various buildings you unlock, assign your survivors to perform a variety of essential asks, and upgrade buildings to provide you with further resources necessary for survival.

Over time, you’ll build a flourishing village that can defend itself from the myriad of threats that oppose it. By the time you’re done, you’ll look back on that time when you only had a bonfire and a couple of hungry survivors with pride at what you’ve achieved.

Here’s how The Bonfire 2 works: you play as some omniscient overlord who has to help turn a deserted wasteland into a thriving survival metropolis. You begin with just a couple of hungry survivors and are tasked with building the eponymous bonfire. After this point, it’s largely up to you how you go about building your kingdom.

You can build a logging hut, and assign a survivor to build up your supply of wood. You should probably assign another to hunt for food, as that’s pretty essential for survival. The list of buildings and tasks grows over time, and new survivors will see your bonfire, and ask to join your merry little tribe, providing a stronger workforce but more mouths to feed.

As is typical of survival games, night is when you’re at your most vulnerable. Starting with wolves, your village will get regularly attacked by vicious enemies who want to steal your resources, and you can assign guards to, well, the clue is in the name. These begin with just a torch to defend themselves, but you’ll eventually equip them with armour and weapons. 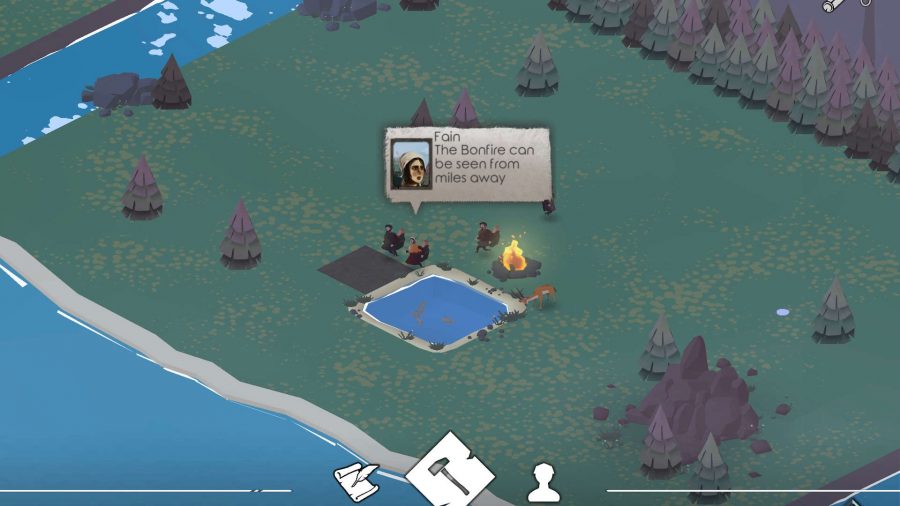 There is a second role to a guard, though, and that’s harvesting skins. This is a valuable resource that allows you to upgrade your housing, which will help your merry band sleep well, and have more energy for the tasks ahead. Assigning a guard does mean you’ll have less of a task-force during the day, though, as they will need to sleep at some point.

The Bonfire 2 ticks all of the boxes and does an admirable job of adapting for the mobile platform.

This provides a nice push-and-pull, which is at the heart of the gameplay in The Bonefire 2. You will simply never have the resources that you want or need, and you just have to accept that and make the most of what you’ve got. Do you assign more guards on the off-chance that you get attacked by a more dangerous monster, but lose out on resources needed to outfit them with stronger equipment? You’ll face choices like that every single day in The Bonfire 2, and there’s no right or wrong answer.

Because, the reality is, you are going to lose survivors to the wolves. You will get the resource balance wrong, and have too much wood and too little iron. It’s all part of the fun though, and it wouldn’t be a survival game without intense challenge. 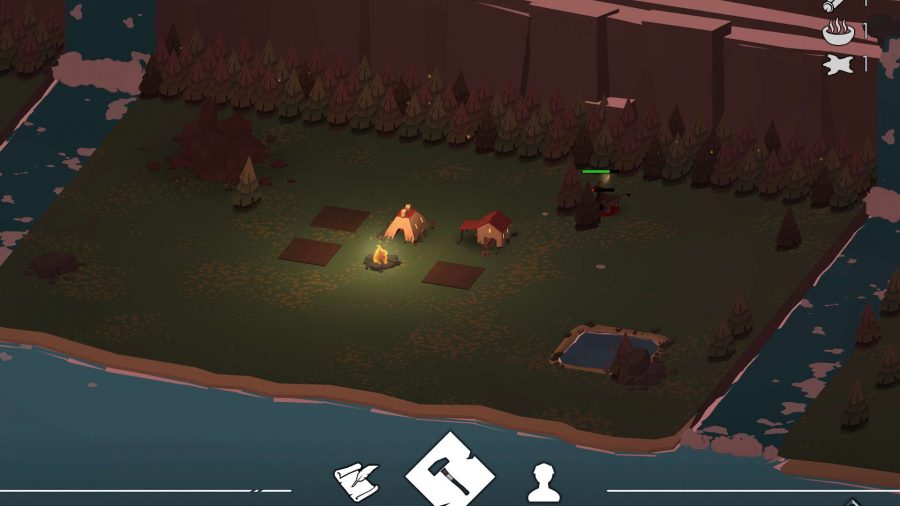 The good news is that it works on mobile, which is what we’re mostly interested in. It’s clear that Xigma Games wants this to work on PC just as well as a touch platform, so it’s not quite as comfortable a fit as the original, but a lot of effort has clearly gone into the UI, and we had no problems performing any tasks. There’s no fiddliness, which would have been fine given that you can pause the action at any moment.

Overall, we can thoroughly recommend The Bonfire 2 to any survival fan. It ticks all of the boxes and does an admirable job of adapting for the mobile platform, which isn’t surprising given its roots. Having said that, it’s also worth a look-in for fans of classic RTS games too, as it shares a lot of the same DNA.

The Bonfire 2 expands on the original with new RTS-style gameplay, but manages to maintain what made the series great in the first place