The Captain is Dead isn’t for the faint of heart. Visually and audibly in-your-face, never short of another problem to throw your way, and just oh so eager to stress you out, it’s the explosive climax of your favourite sci-fi on repeat, forever, never letting up for so much as a split second.

It’s a digital adaptation of a popular board game with a simple concept: the big boss has croaked, and it’s only a matter of time before hostile aliens invade your starship, kill the crew, and blow everything up. In the midst of this catastrophic disaster, a hero must emerge – and quickly. That’s where you come in.

Straight off the bat, you’re faced with countless potential moves to make and over a dozen on-screen icons to take in, each representing a different function of the ship, like the comms system, security station, shields, and cargo pod. Staying on top of what everything does and the resources required to maintain the ship’s systems is tricky enough, though random anomalies can force you to play in wildly different ways. It’s just roadblock, after roadblock, after roadblock.

Then you have to consider the role each member of your crew plays in this fiasco. There are seven characters in total to select from, and they all have their own uses and abilities, with a combat specialist, engineer, medic, and cyborg in the mix. Chances are you’ll quickly find some neat team synergies to carry you along, as you race to fix the ship’s half-dead jump core before it’s caput. 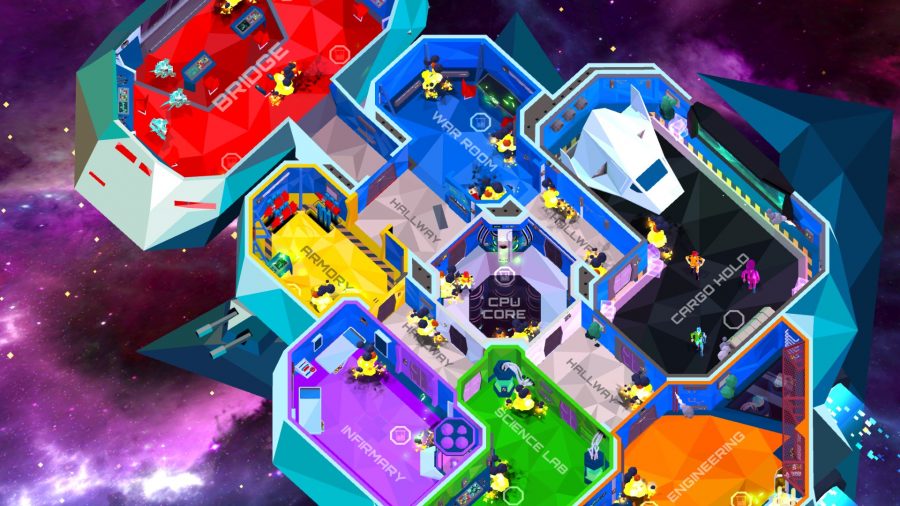 Repairing the core is a monumental task by itself, but you also have to contend with a constant barrage of lasers from would-be invaders, which, wouldn’t you know it, hurts your crewmates and causes areas of the ship to erupt into flames. The challenge, therefore, is to think several steps ahead at all times while weighing up which disaster to see to first. Even on the lower difficulty settings, there’s very little room for error here – you must make smart use of every action point and resource at your disposal if you’re to survive.

Playing alone is by turns overwhelming, exhilarating, and tedious

It’s unrelenting in its level of challenge, which wouldn’t be such an issue if your continued success wasn’t so dependant on factors outside of your control. One enjoyable run can be followed by an outright mess, even when using the same crew and adaptive decision-making.

Playing alone is by turns overwhelming, exhilarating, and tedious, leading to moments of joyous highs and crushing lows. Again, so much of this is by design that you could argue The Captain is Dead nails its objectives, but feelings of frustration and futility do inevitably set in, and that doesn’t sit right with the thrilling intensity you’d want from a high-stakes sci-fi finale. 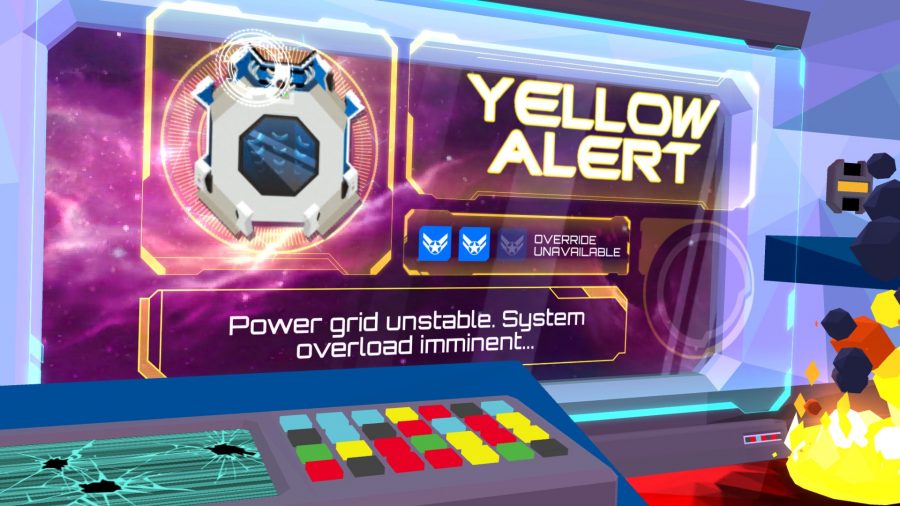 Thunderbox Entertainment takes an interesting approach to the digital adaptation process, putting great effort into the game’s presentation where similar titles have opted for a more straight, safe take on their respective physical counterparts. By bringing out and enhancing the tone and pressures of the board game in its abrasive aesthetic, the mobile version justifies its existence beyond just being a convenient way to play The Captain is Dead.

Bellowing flames, striking colours, and piercing alarms scream “this is it, soldier – don’t screw up”, which obviously isn’t the most reassuring vibe you could hope for. Thankfully, the game’s tongue-in-cheek writing and voice cast, which includes The Stanley Parable’s delightful Kevan Brighting, provide some levity and lift the mood as a whole.

It ultimately comes down to whether or not you can get on board with what The Captain is Dead offers: a hyper-challenging war against the forces of fate that demands unwavering perseverance in the face of certain death. RNG woes and the lack of online multiplayer aside, this is a novel board game experience that simply takes no prisoners.

The Captain is Dead review

The Captain is Dead is an overwhelming, exhilarating, and yet occasionally tedious digital board game that simply takes no prisoners.