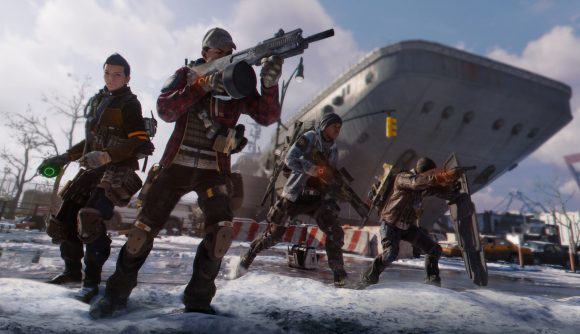 Ubisoft has provided an extensive update on its plans for The Division, the publisher’s popular looter shooter series. While the bulk of the announcements revolve around The Division 2 and a new free-to-play title set in the same universe, Ubisoft also briefly discusses an incoming mobile version in its recently released blog post.

The Division Mobile release date is likely still a ways off, and we say that because precise gameplay details are currently nonexistent. Will it be a looter shooter like its big brothers? Perhaps it could go the way of Tom Clancy’s Elite Squad, a tactical RPG that arguably didn’t play to the strengths of the various Ubisoft game series it combined?

Looking at the likes of PUBG: New State and other similarly impressive action titles, there’s a good chance that a full, meaty looter shooter could in fact work on iOS and Android. That said, we’ll just have to wait and see what Ubisoft has planned for The Division Mobile.

If you’re looking for something to play with your pals in the meantime, we keep a regularly updated list of the best mobile multiplayer games around.

Plus, here’s everything we know so far about the PUBG: New State release date and gameplay.