The Phoenix Wright series, or rather the Ace Attorney series in general, is a funny, well-written, and consistently clever set of lawyer simulation games that see you solving cases in front of the courts by cross-examining witnesses, statements, and using all the evidence present to support your case. While it’s been around for a while, with the original Japanese Game Boy Advance Phoenix Wright games eventually making it to DS in the West, it’s arguably done little to shake up the formula as it often hasn’t needed to.

After a fairly sizable break, however, a few years ago Japan received The Great Ace Attorney Chronicles on 3DS and mobile devices. It’s a prequel to the main series starring Ryunosuke Naruhodo, ancestor of Phoenix Wright himself, set in 19th century Japan and Great Britain.

The games also include a vibrant cast of characters pulled from the Victorian era, including the legally distinct detective Herlock Sholmes. This particular time period means that the legal system is still fairly new, and some modern techniques of collecting and presenting evidence aren’t present, but there’s still plenty of clever and inventive ways for you to get your point across.

So, now it’s finally been localised for the west on Nintendo Switch, how does it play? Well, for one thing, this might be the best entry point to the series. The Phoenix Wright games need to be played in order, with a long-running story that spans several games and many years. TGAAC, however, introduces a completely separate story set far in the past, and the two games on offer here tell a connected, but concise and satisfying story that anybody can enjoy. There are knowing nods to many elements of the series, but I don’t think anybody starting out here would be completely lost. 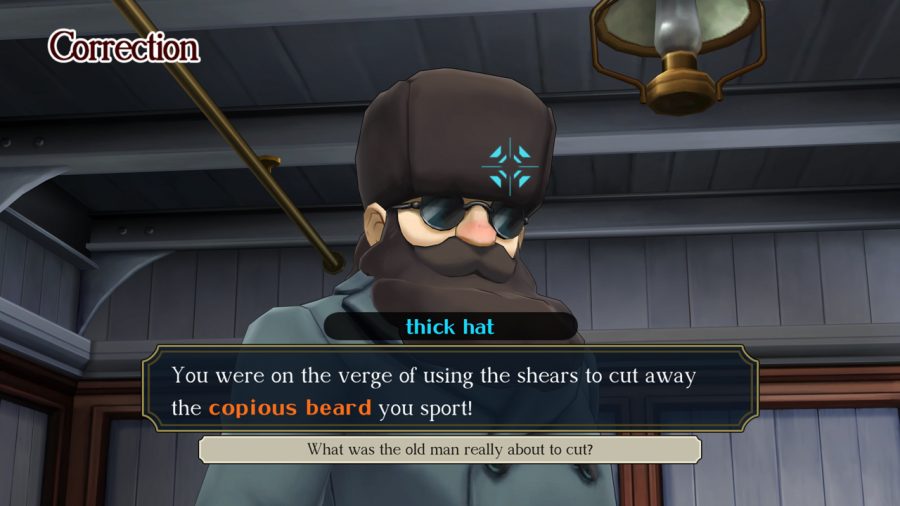 Your time is split between investigating and the courtroom. In investigation mode, you’re moving around a crime scene, like a point-and-click- game, and exploring the area to unearth clues in your case. Later, when in the courts, you must use all the evidence available to win your case, presenting evidence at key moments and pressing witnesses on their statements to unearth the truth behind their words. You also deal with the jury, where instead of just convincing the judge you will have to sway a majority of the jury to win the case. It’s a great twist on the existing formula, but doesn’t take anything away from the rock solid mechanics fans already love.

The time period and setting of The Great Ace Attorney Chronicles heavily informs the tone of the game, however, with tensions between 19th century Japan and the British Empire providing a source of a lot of tension and some cultural differences mined for comedy. Characters speak with a suitable grandiosity and pomposity, and what a cast of characters it is. Beyond the kind-hearted and justice-obsessed protagonist Ryunosuke, there is his best friend the stoic Kazuma, graceful assistant Susato, the aforementioned legally distinct detective Herlock Sholmes, and plenty of eccentric characters based on Victorian-era British citizens as well. 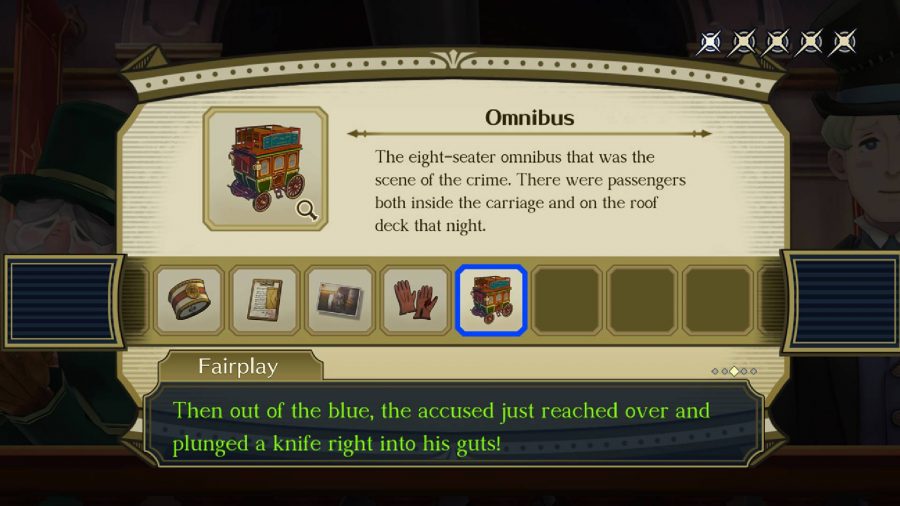 The main cast and other supporting characters are all written wonderfully, with the localisation doing a fantastic job of getting across the humour of the original script as well as explaining some very Japanese aspects. Seeing as this title is so heavily entrenched in Japanese culture, there is a lot of it represented so it’s great to see it explained so well. The script itself is also very funny, with the scenarios and characters being used very well and just frequently enough to entertain but also sustain tension.

Twists and turns are part of the series, and these two games are no exception. The story here is played out over the two games, so much so that they feel like one large game more than two separate entries. As you go through and meet other standout characters, like the prosecutor Baron Von Zieks, the larger mysteries at play, and the motives of each character are fascinating enough to keep you engaged while you’re drip-fed evidence and asked to put it all together yourself. There are few things as satisfying as examining evidence and finally figuring out the true culprit of a case, and that part of the series is as good as ever here. 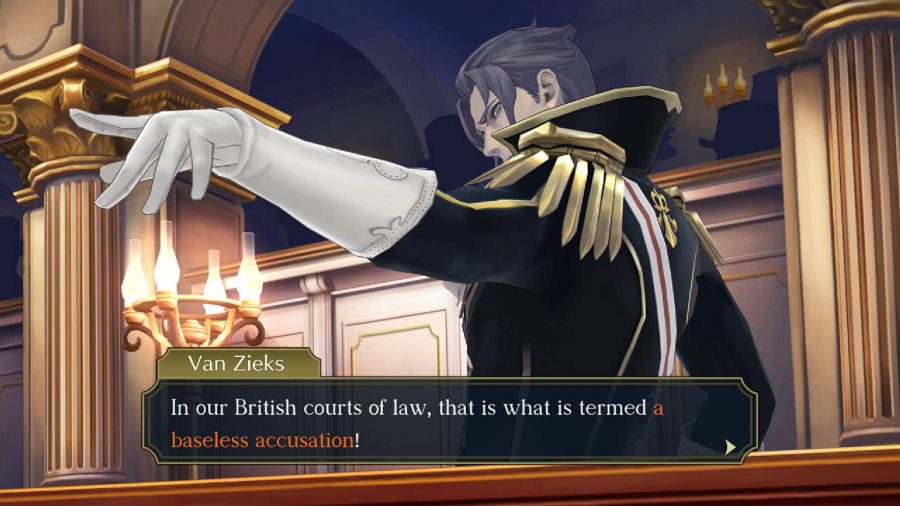 Further helping to bring the sharp, funny story to life is the amazing presentation. While fans of the series are often loud cheerleaders of the original pixel art, the cel-shaded character models and fantastic animation bring The Great Ace Attorney Chronicles distinctly to life, helping these stories and characters to feel more full of emotion and personality than ever before. The particularly expressive Herlock Sholmes is a standout, with his movements and writing doing a wonderful job of expressing his eccentricity. The music is a similar standout, presented with enough energetic melodies and memorable tracks that not only bring the delightful and silly story to life but do a great job at selling the more dramatic moments as well.

The Great Ace Attorney Chronicles doesn’t change much of what made Phoenix Wright great, but it does offer a standalone story and a subsequent great jumping in point for anyone interested in the series. Coupled with the fantastic presentation of the Switch port, the wonderfully kooky characters, and the captivating story, the two games in this collection are both high points for the series. While there are rewarding moments for long-time fans, The Great Ace Attorney Chronicles is the perfect time to finally try this series out, and anyone who enjoys visual novels or puzzle games owes it to themselves to dive in.

Showing no signs of slowing down, these two most recent entries in the Ace Attorney series present a strong enough story, and enough great new characters and mechanics to make the titles feel as fresh as ever. The time period makes for some interesting twists and the earnest protagonist and rookie-lawyer Ryunosuke is a delight thanks to witty writing and fantastic presentation. A series high point and a great entry for newcomers to boot.