You may remember last year, to celebrate Super Mario’s 35th anniversary Nintendo unveiled a delightful reimagining of the Game & Watch series. The original Game & Watch consoles were small devices in the 80s that used a similar screen to the screens on most digital watches, and they had simple games you could take anywhere. They’re a precursor to the original Game Boy and an important part of Nintendo’s history.

Well, as it’s the green-tunic wearing hero’s big 35th birthday this year, Nintendo has returned with another Game & Watch, and even improved slightly on last year’s offering. But does this device offer much for regular gaming fans? Or is this merely a trinket for only the die-hard Zelda fanatics out there? 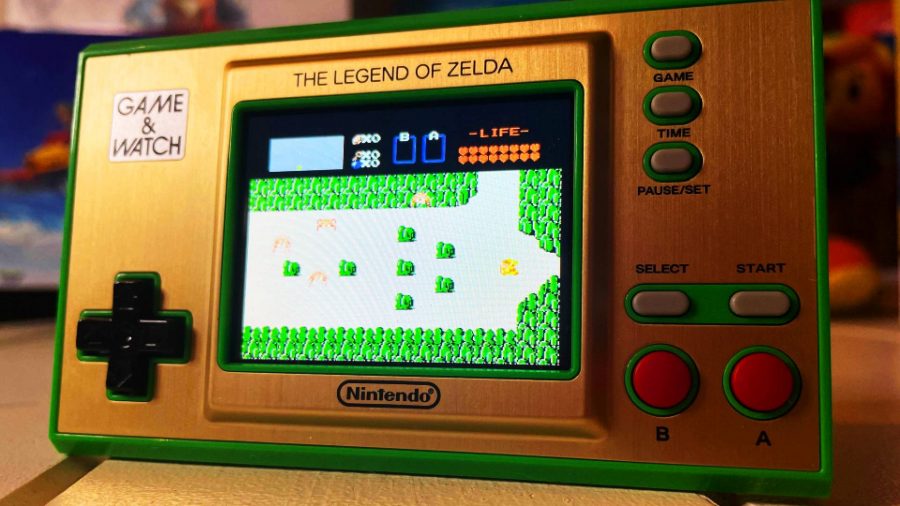 The actual emulations of each game run great, with save states enacted instantly when you swap between games or the clock. Honestly, this is a really convenient way to play all these games, and the tiny little screen is nicely lit and fairly clear. You can even swap Link’s Awakening between a full-screen mode or a pixel-perfect mode.

Revisiting the original NES entries, both are tough games designed in a very different era, so having save states and the ability to instantly swap is actually a blessing. There are also a couple of cheeky easter eggs and cheats hidden away, so if you want to make the games a touch easier, it is possible. Zelda II: The Adventure of Link has notoriously not aged well, but I still find it a fun game to revisit, especially with modern conveniences.

While each of the games looks and runs fairly well on the device, Link’s Awakening especially impresses, as the Game Boy title was designed for small screens to begin with. It’s slightly weird this isn’t the Game Boy Colour version, Link’s Awakening DX, as that version obviously has additional colour added to the graphics, as well as a small amount of extra content. Still, the original is a great title and a smart conversion of the style that Link to the Past brought to the series. 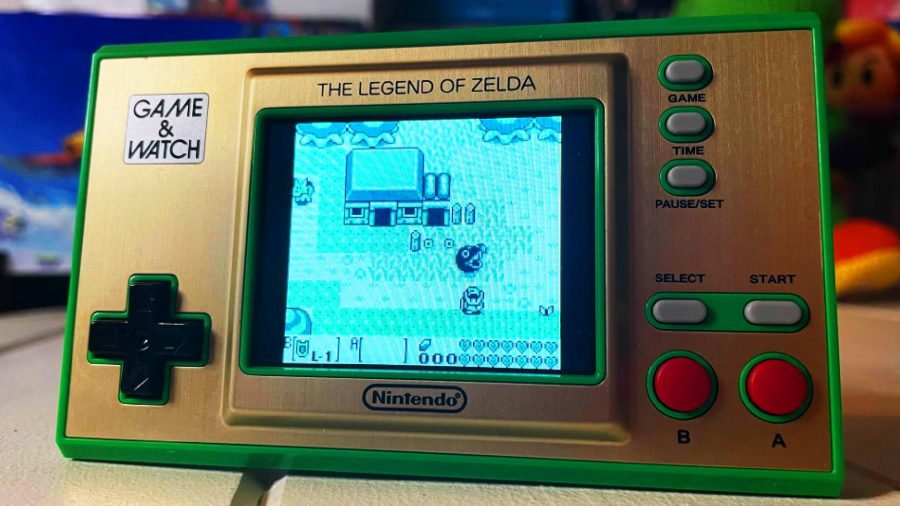 Speaking of, it would be nice to also have Link to the Past on this device, but it would have necessitated shoulder buttons at the very least. I imagine Nintendo is working with the exact same shell and production process as last year’s Game & Watch, so it’s not a wild surprise they didn’t want to adjust the form factor. Hopefully, we at least get a couple of other series represented in the future, as either a Metroid or Pokémon version of the Game & Watch would be an absolute treat.

This is of course the Game and Watch, so alongside the games, there’s a fun clock option as well as a timer. I’ve had the clock idly open on my desk for a couple of days and it’s absolutely delightful. The numbers appear on different screens of the original Legend Of Zelda, and the numbers either dissolve into the next, or Link enters a new room on the minute. You can also pick up the device and control Link at any moment should you wish.

If you hold the A button for five seconds, you can also swap the clock between either a basic ticking sound, or the full music and effects of the NES original. Having the music and effects blaring out constantly got old a little quickly, but it’s still a really nice touch. We highly recommend holding A for five seconds on different screens in the game anyway, as it’s delightful to try and discover some of the many fun secrets and bonuses.

In terms of the form factor, having such a small device to play these games is certainly a novelty. The A and B buttons have a nice squidgy resistance to them, and while the D-Pad is quite small it still has a satisfyingly tactile feel. If you have huge hands or fingers you might struggle, but with my fairly normal adult hands, I didn’t have any trouble. The only issue comes with longer play sessions, as you’re still cramped around a device slightly smaller than an iPhone, even if it is significantly lighter. 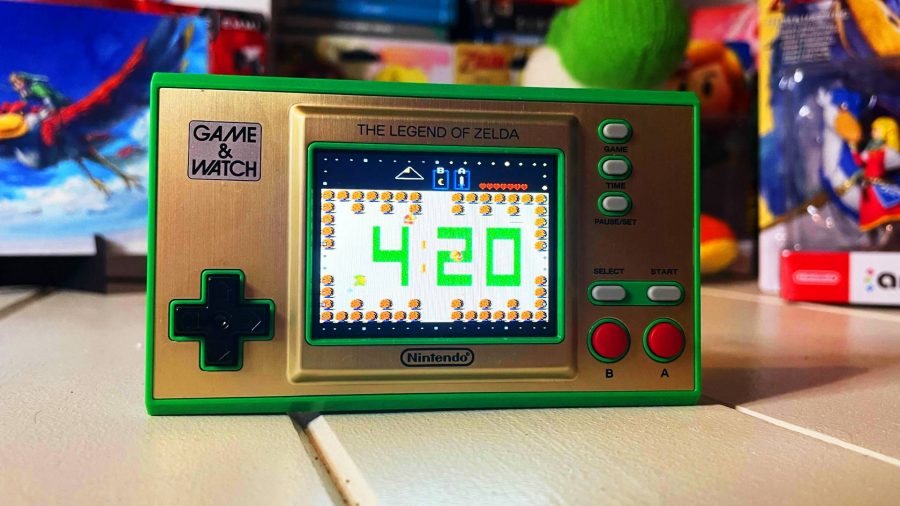 The shell of the Game & Watch has a nice bronze/gold finish that feels metal to the touch, and the plastic green around the edges is a pleasantly bright hue. There’s even a small triforce embossed into the back of the device that lights up as you play. It’s a gorgeous little product, but the lightweight feel still gives off the vibe of a toy rather than a high-end product. But for the price, that’s essentially what this is. A fancy toy that also plays a few Zelda games fairly well.

Ultimately, whether this is an essential purchase boils down to how big of a Zelda fan you are, and if you have the disposable cash. This is a really cool little gift idea for the Zelda fan in your life, and is honestly a fantastic – if novel – way to play three ageing but still classic Zelda games. That’s pretty much all it does though, other than telling the time, but as a Zelda fanatic I’m personally really impressed. I don’t think this is an absolutely essential purchase, as all of these games are available to play in other places, but playing them in this form, and with save states, is honestly a really good option. If you have a Zelda fan in your life, this could well be the perfect Christmas gift.

The second Game & watch offers a bit more than the first, and any Zelda fan will love having this adorable device on their shelf with its great screen and heaps of cute little touches. This is still the same three games we've been playing for years though, so your mileage can vary depending on how much you've already played them.