Given the surge in popularity survival games experienced during the ’10s, it’s surprising how few have made the transition to the Nintendo Switch. Sure, we’ve had a bunch of ports of isometric titles like Don’t Starve and Crashlands, but, aside from Minecraft, we haven’t had a proper 3D entry in the genre that’s actually worth playing. Sorry, Ark.

So The Long Dark, which just arrived on the hybrid console, is a very welcome presence indeed. And not only because it’s a decent 3D, first-person survival game, it also just so happens to offer an excellent Switch port, too. It looks good, and runs even better; even during the more technically-challenging moments.

If you haven’t played The Long Dark before, it takes place in a post-apocalyptic world in which a geomagnetic disaster has wiped out all power on earth, and turned it into a frosty wasteland. As a result, the cold is pretty much your number one enemy, along with hunger, thirst, and packs of wolves. Your job? Well, you just have to try and survive as long as you can, really.

Aside from the unique aspects that come from the premise, it’s a pretty familiar set-up. You start with very little and have to scavenge and craft as you strive to forge some kind of existence out of the frozen wilderness. This begins with a humble bonfire and tiny rocks, which you can hurl at bunnies to stun them. Quite quickly though, you’ll have a hunting rifle that allows you to take down bigger animals so you never go hungry.

The Long Dark shines when played in handheld

But we’re not going to waste time discussing the finer points of how The Long Dark behaves, as you probably already know what you’re getting yourself into. Instead, let’s take a look at how it plays on Nintendo Switch, in particular. Broadly, it’s an impressive port. Sure, the resolution has taken a noticeable drip versus the console and PC versions, but you expect that on Switch at this point.

Fortunately though, The Long Dark has a visual style that survives the drop nicely. It’s stylised and cartoon-y in a similar manner to Life is Strange, Firewatch, or the Telltale games. As a result, the drop in texture resolution isn’t hugely noticeable, or an issue. The only visual element we found off-putting was the number of jagged edges, but you only really notice them while playing docked. 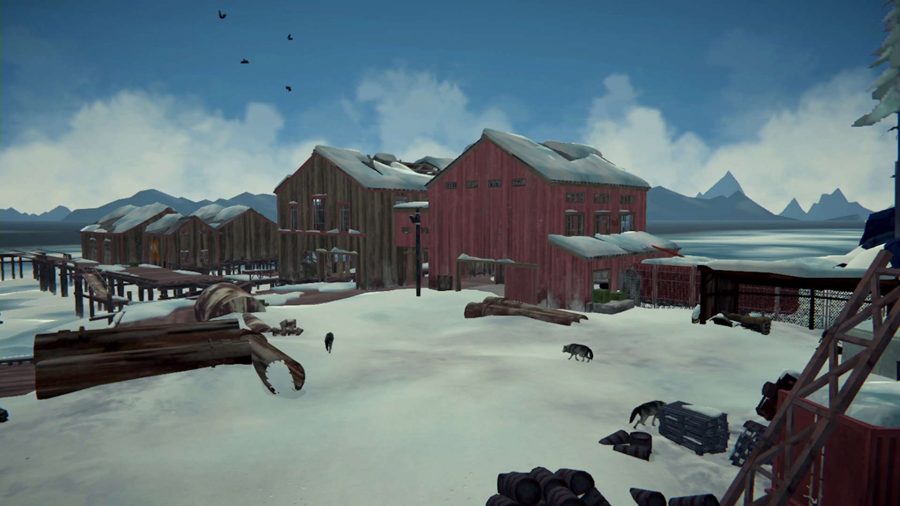 Like many a Switch port, The Long Dark shines when played in handheld, though a big part of that is down to the fact that you really don’t notice the visual discrepancies as much. Either way, it runs flawlessly, and we didn’t experience any frame rate issues. It’s all very stable. It also features the full range of content, including the story mode, Wintermute, survival mode, and challenges.

Ultimately, we can easily recommend The Long Dark on Nintendo Switch. It’s one of few survival games like it on Switch, and the port is solid, barring a few visual issues caused by a drop in resolution.

A solid port of a survival game that's well worth playing