The Lord of the Rings: Rise to War is an immersive new strategy game, set in the world of New Line Cinema’s The Lord of the Rings film trilogy. This stunning realisation of Tolkien’s Middle-earth is recreated in faithful detail in Rise to War, which allows you to choose a faction to align yourself with and build up an army capable of conquering the continent.

Along with familiar regions such as Gondor, Rohan, Isengard, and Mordor, Rise to War also brings back a range of familiar faces from the War of the Ring. Characters like Éowyn, Elrond, and Théoden all return to do battle along with many of the series’ villains, from Orcs to Ringwraiths.

Even more exciting is the return of the Fellowship of the Ring – the company of nine who set out from Rivendell to destroy the One Ring. The Fellowship consisted of two Men – Aragorn and Boromir, one Elf – Legolas, one Dwarf – Gimli, one Wizard – Gandalf the Grey, and four Hobbits – Frodo Baggins, Samwise Gamgee, Meriadoc Brandybuck, and Peregrin Took.

So how exactly can fans of the Fellowship recruit them in Rise to War? Well, there are a few steps you have to follow… 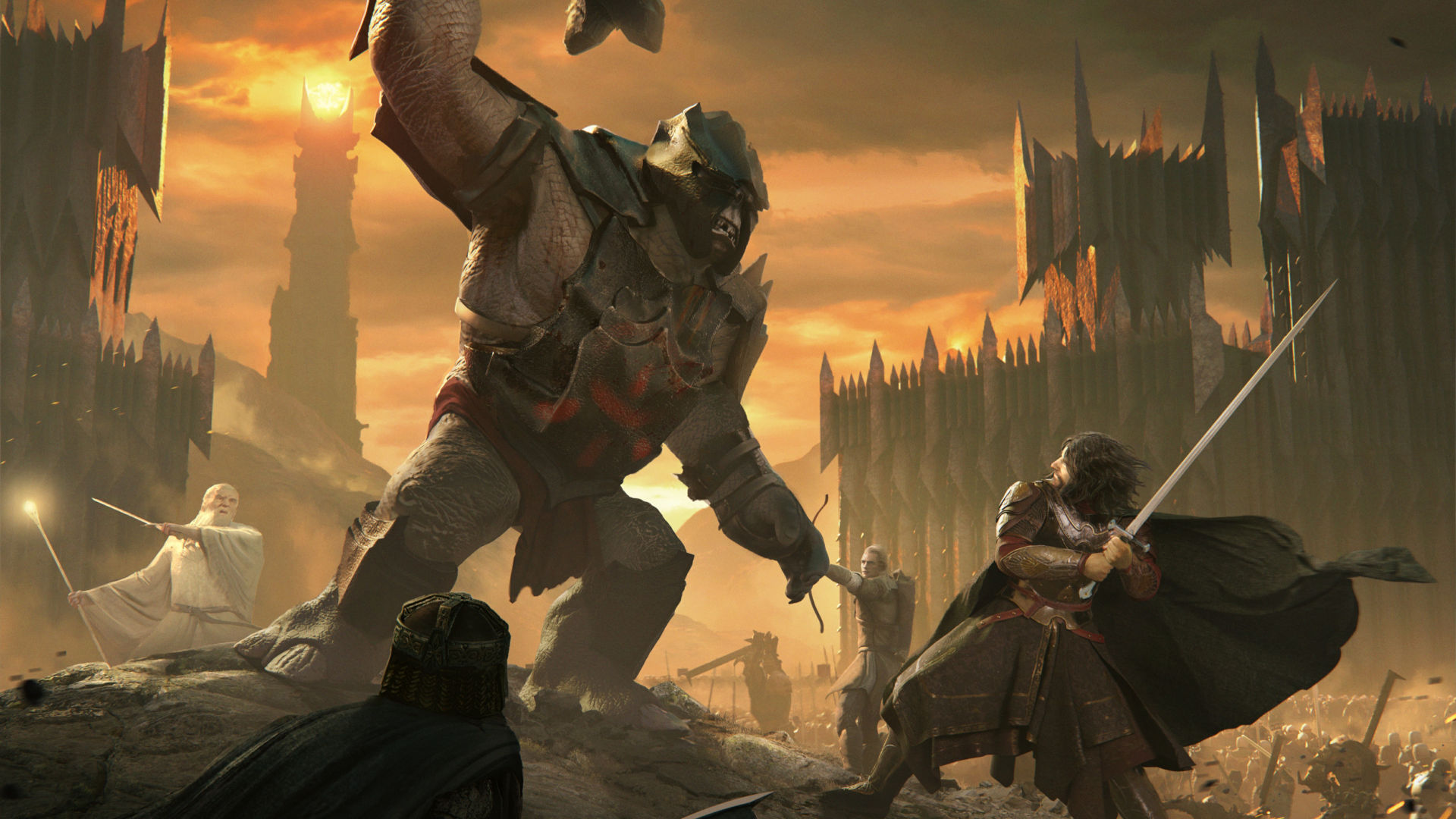 The first thing you’ll do upon starting Rise to War is choose the faction you want to fight for. There are ten factions to choose from, each one representing one of the major regions in Middle-earth. If you want to recruit heroes to your cause, you’ll have to choose a faction that is aligned with the forces of good, rather than the dark forces of Sauron. This means siding with Rohan, Gondor, Lothlórien, Erebor, Lindon, or Arnor. Do not side with Mordor, Isengard, Rhûn, or Angmar if you want to recruit the Fellowship!

Once you’ve chosen a faction, it’s time to start your campaign. Completing the tutorial will introduce you to all the game’s main mechanics and give you your first commander for free. Commanders are iconic heroes (or villains depending on which faction you fight for) who will lead your armies to battle. Each comes with their own attributes and skills to assist you in battle, so think carefully about who you recruit.

To recruit a commander, head to the Tavern and tap ‘Recruit Commanders’. This will bring up the three tiers of commanders, along with the requirements for recruiting them. You’ll need to send gifts to your new recruits to bring them on board, so gather as many resources as you can on your journey.

There are three members of the Fellowship that you can recruit in the first tier of commanders. Boromir is a valiant warrior of the kingdom of Gondor, and the eldest son of Denethor II, the land’s steward. Being a man of simple tastes, you can recruit Boromir in exchange for 80 flagons of ale or 20 pieces of Lembas bread. Both of these items can be found in Mathom Chests, which can be purchased from the tavern, along with all the other items you’ll need to recruit the rest of the Fellowship. As with all tier 1 commanders, Boromir requires 800 respect points to recruit. Boromir is a fearsome warrior, boasting a strength stat of 93.

The mischievous Hobbit duo of Merry and Pippin can also be bought in the first tier, requiring 80 flagons of ale or 20 lots of pipe-weed, a resource that can be obtained from the Tavern or Mathom Chests. It’s often been said that Hobbits are fleet of foot, and as such, this pair’s top attribute is their speed. 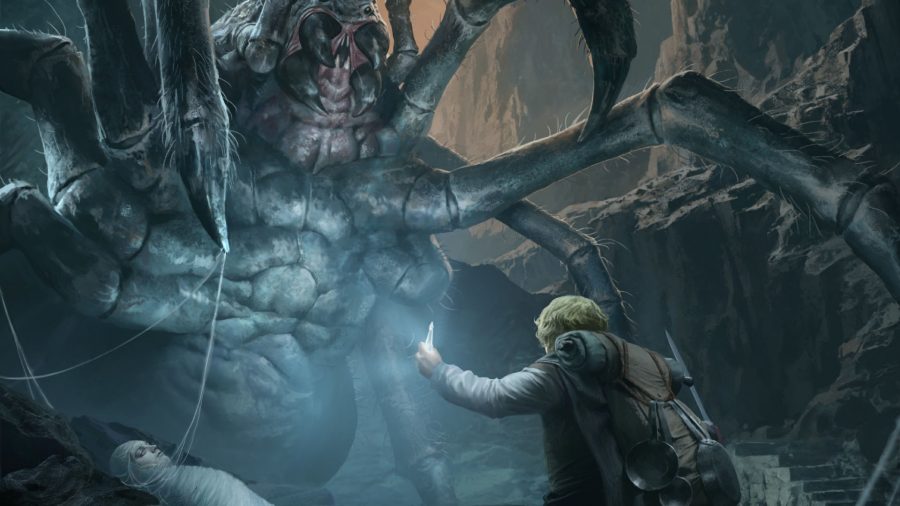 Moving up to the second tier commanders, we’ll find several more members of the Fellowship awaiting recruitment. Second-tier commanders demand a great deal more respect than those lower on the food chain – asking for 3,000 respect points apiece. First, we have the ring-bearer Frodo Baggins and his faithful gardener, Samwise Gamgee. You can recruit this duo in exchange for 30 Bamfurlong Mushrooms, found in Mathom Chests. This duo’s highest stat is their intelligence.

Next, we have the Heir of Isildur, Aragorn. You can persuade the Strider to join your cause by bringing him 30 Athelas healing herbs from Mathom Chests. Aragorn is a well-balanced leader, boasting high strength, speed, and above-average intelligence.

The elder of the Fellowship, Gandalf the Grey has a fondness for wines, so collect 300 Old Winyards to earn the 3,000 respect points required to win the aid of this powerful wizard. Gandalf possesses not only an abundance of strength but also immense intelligence.

Elves can be powerful allies, with their swift feet and pinpoint accuracy. You can recruit Legolas the Sindarin Elf in exchange for 30 Mallorn Leaves. Legolas possess high strength, along with great speed. Pair up Legolas with a cohort of archers for the best results.

You can also bring on Legolas’ rival and eventual dear friend, Gimli, son of Gloin. You can court the axe-wielding Dwarf by bringing him 30 Torn Pages from Mazarbul’s Tome. Gimli possesses enormous strength and is best deployed alongside ground troops. 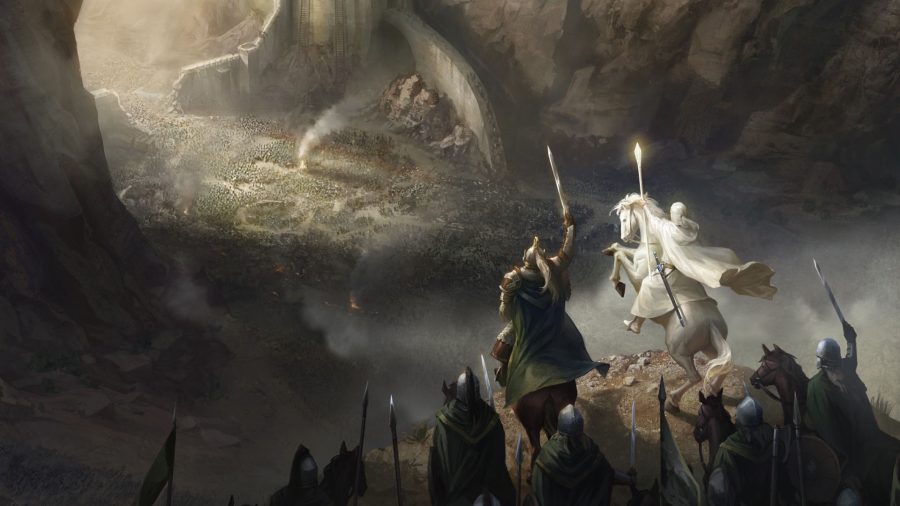 With all of these commanders on your side, your Fellowship is complete. There is, however, still one final commander tier left. The Tier 3 commanders are the most important figures in Middle-earth, legendary elders who possess incredible power and as such require a whopping 9,000 respect points to recruit. One such commander is Gandalf the White, the second form of the great wizard, who returned after defeating the Balrog. To bring Gandalf the White into the fold, you’ll need to offer up 30 White Robe Clothes – an extremely rare material. This commander is a strategist with superior intelligence.

Finally, if you can collect 30 Royal Banners of Elendil and trade them for the kingly sum of 9,000 respect points, you can recruit Aragorn in his royal attire. Aragorn’s true form is the ultimate leader, possessing high stats in strength, intelligence, and speed.

Ready to gather your own Fellowship? The Lord of the Rings: Rise to War is available right now on the App Store, Google Play, and Galaxy Store.