The Lord of the Rings: Rise to War transports players back to the place where modern fantasy began – the epic world of Middle-earth. Based on Peter Jackson’s film series, all of the major regions of Tolkien’s world are represented here – even a few we didn’t get to see in the movies.

Whether you’re a certified Tolkien scholar or don’t know your Hobbits from your Orcs, there’s a lot of fun to be had in Rise to War. The geostrategic mobile game, developed by NetEase, mixes in-depth battle strategy gameplay with satisfying resource management and building mechanics, allowing you to become the master of your own kingdom.

There are ten Factions to choose from in Rise to War, and each has its own benefits and drawbacks, so you’ll want to think carefully about which one you pick. You’ll also see some familiar faces throughout your adventure, as you build your own fellowship with characters including Aragorn, Frodo, Gandalf, and more.

Without further ado, let’s start exploring the kingdoms of Middle-earth. 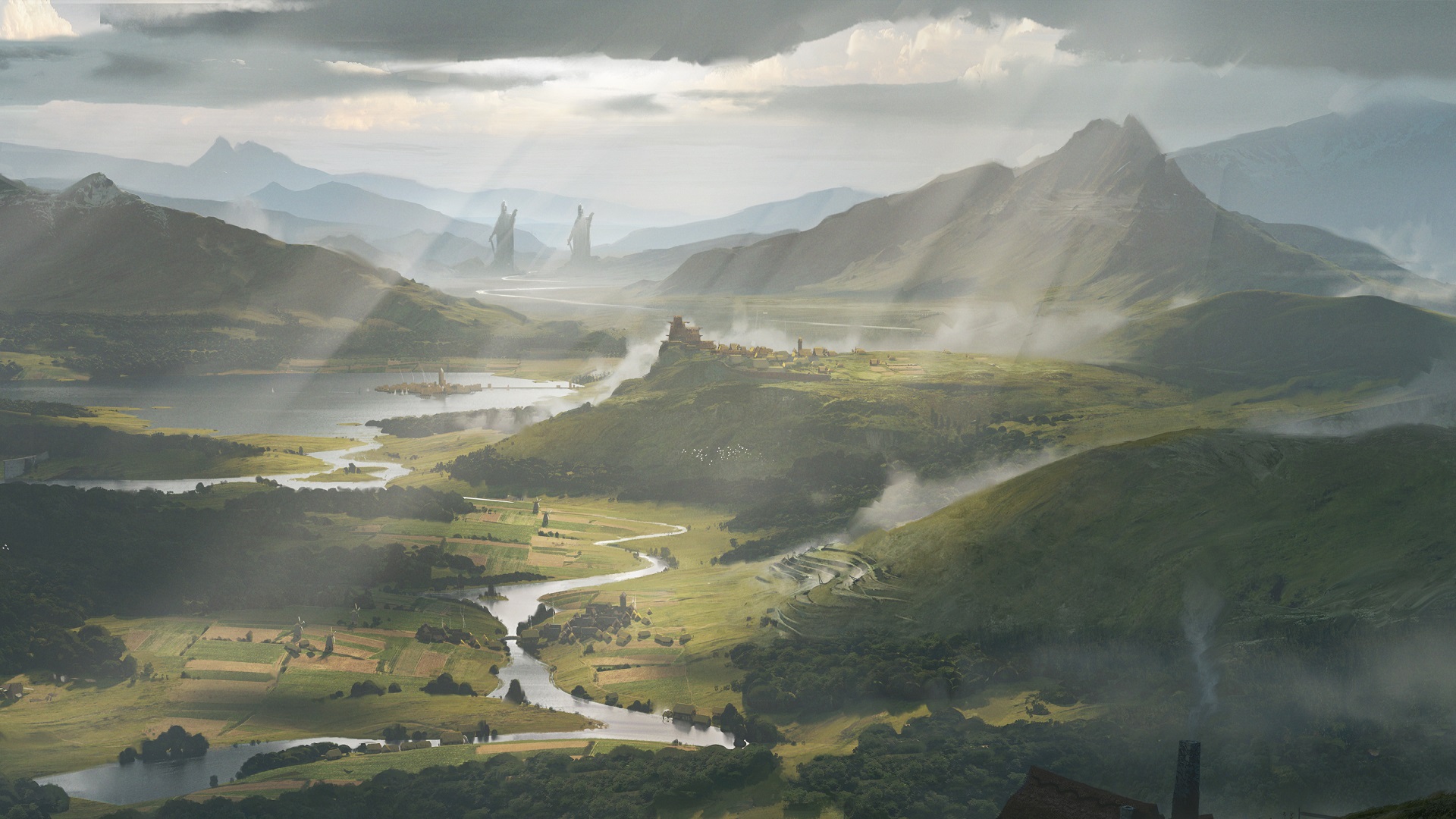 We’ll begin with the kingdoms of men, located in the south of Middle-earth. Rohan (also known as the Riddermark) sits in the great vale between the Misty Mountains and the White Mountains, just above the Ered Nimrais range. It is the home of the horse lords, including King Théoden and his niece Éowyn, who you can recruit to fight for you in Rise to War. This land is known for its wide-open plains, making it the perfect place for mounted soldiers to dominate the battlefield. If you want haste on your side, this is the kingdom for you, as choosing it will grant your army +3% speed. This region also boasts the special unit type, Marshal.

Bordering Rohan to the east is Gondor and the white city of Minas Tirith. This proud kingdom was founded by the Númenóreans, an ancient and noble race, whose descendant Aragorn would go on to defeat Sauron at the gates of Mordor. Gondor is also known as the Land of Stone, thanks to its brilliant architecture and the ingenuity of its people. Choosing Gondor as your kingdom will grant you -5% construction time and access to the Swan Knight special unit type. You will also be able to recruit Faramir – one of the key heroes in the War of the Ring – to fight by your side at the very beginning of the game.

Shifting focus to the north, we find the Elven realm of Lothlórien. Spread across three regions on either side of the Misty Mountains, the kingdom of the Elves is defined by the beautiful verdant forests, abundant with Mallorn trees, in which the wood elves make their homes. Choose this kingdom to inherit Elven Wisdom – a boon that grants +5% EXP Gain for all commanders. You’ll also gain access to the Marchwarden special unit type. 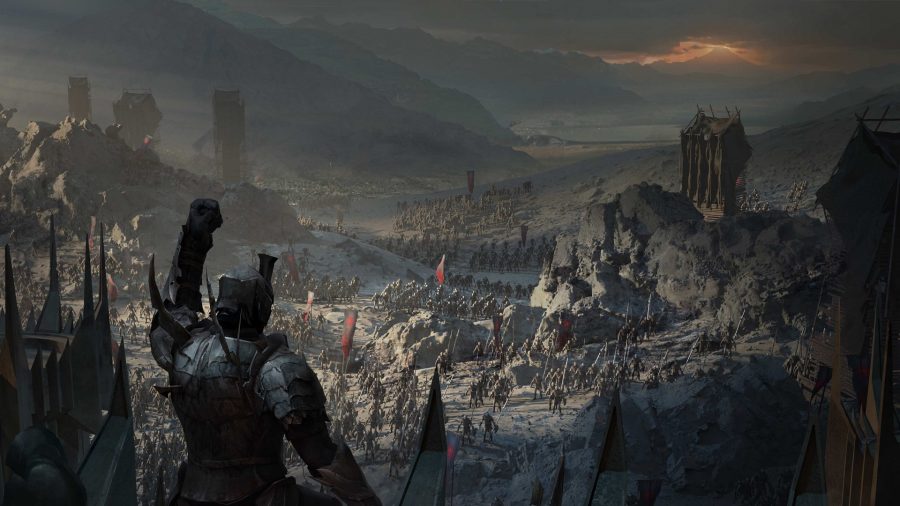 Further to the northeast, you’ll find the land of Erebor, home to the Lonely Mountain. This is the home of the Dwarves, which was reclaimed by Thorin and his company from the dragon Smaug during the Third Age. Now, Erebor is the greatest Dwarf city in Middle-earth, known for its almost boundless riches. Dwarves toll underground, perfecting their craft and developing formidable tools of war. Choose Erebor to gain the Sons of Durin perk, which awards -5% conscription time and access to the Iron Warrior special unit type.

Far to the southeast of Middle-earth lie the scarred lands of Mordor, the domain of The Dark Lord Sauron. Surrounded on all sides by jagged mountains, Mordor is the ultimate fortress and the home of all things evil in Middle-earth. Choose this cursed land as your kingdom and you will obtain the Land of Darkness perk, which grants +5% resource production and access to the formidable Ravager special unit type. Just make sure that your journey doesn’t end in the fires of Mount Doom…

Turning back to Middle-earth’s western regions, we find Isengard, the home of the white wizard, Saruman. While Isengard was once a lush region, abundant with natural beauty, it has become a stronghold of the forces of darkness since its leader was seduced by the power of the One Ring. Built around the indestructible black tower, Orthanc, Isengard is an almost impenetrable fortress. Choose this kingdom to obtain the Ring of Iron perk, granting -10% conscription cost (great for those wanting to breed an Uruk-hai or two) and the Snaga Thrak special unit type. 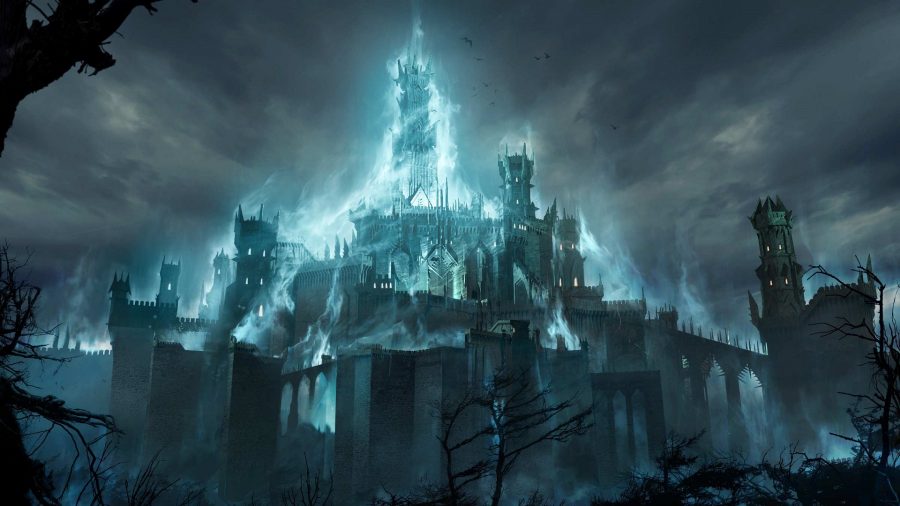 To the far east of the continent, among the vast deserts, you’ll find Rhûn, the home to a collection of Easterling tribes that have settled around the fertile shores of the Sea of Rhûn. Easterling soldiers are fast and formidable fighters, wielding swords, spears, and scythes. Choosing this kingdom will give you access to the Eastern Traveler perk, which gives you +5% stamina recovery rate, and you’ll also get to use the War Chariot special unit type.

In the far north of Middle-earth, you’ll find the Iron Home, Angmar. This kingdom was established by the Ringwraiths – the shadowy servants of Sauron – in the Third Age, as a stronghold for their dark endeavours. It is known for its frigidly cold weather and inhospitable terrain. The Steel Home perk grants +5% siege damage and you’ll get access to the Fallen special unit (think of them as mini Ringwraiths).

In the southwest of the continent lies the coastal region of Lindon. This warm and peaceful land is the home of the High Elves, the custodians of all things natural and beautiful. Many elves (and other creatures) come to its harbour to depart Middle-earth for the Grey Havens. Choose this idyllic region as your kingdom and you’ll obtain the Praised Land perk, which grants +10% wood and grain collection yield. You’ll also get to use the special archer unit, the Ñoldor Longshot, a long-range fighter with unparalleled accuracy. 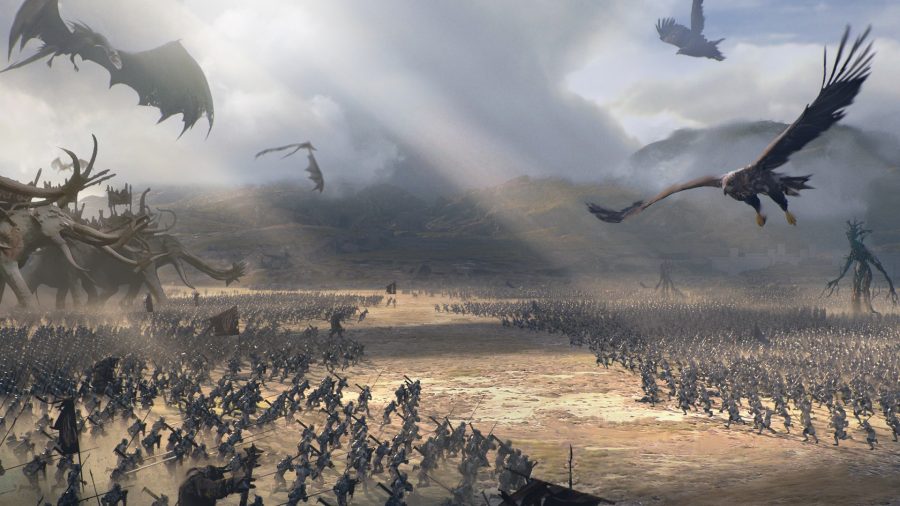 Finally, in the northwest of Middle-earth, you will find the Land of Kings – Arnor. As the sister kingdom to Gondor, Arnor was also founded by the Númenóreans and as such possesses grand architecture. You’ll get access to 5% reduced construction time and the Ranger of the North special unit.

Ready to build your kingdom? You can download The Lord of the Rings: Rise to War now for free on your mobile store of choice. Head over to the official website to learn more.