There’s nothing I can say about The Stanley Parable: Ultra Deluxe that it hasn’t already said about itself. It’s the updated version of the premier narrative-driven experience of the early 2010s. Crows Crows Crows’ title is unlike anything else, and it knows it, leading to a self-aware experience that unravels into a selection of weird and wonderful existential crises. Sound like fun? You bet it does.

If you played The Stanley Parable in its first iteration back in 2012, you’ll know what to expect, but for those of you who are new to the title, let me try and explain the basic premise. You are Stanley, an office worker from room 427, who is tasked each day to input a number of basic commands on his console. One day Stanely notices no commands have been sent, so he has to set off on an office-based adventure for answers.

Stanley finds the office completely devoid of human life, and the only voice he can hear is that of the narrator. Or at least, we think that’s the only voice he can hear. It’s in this proxy relationship, with the narrator taking the place of the game’s writers while we occupy the mind of Stanley, that the game first flirts with meta-commentary, a facet of Crows Crows Crows title that gets more pervasive and harder to ignore with each playthrough.

And play through you will, as The Stanley Parable is primarily all about choices and endings. The original version has sixteen of these endings, but with all the variations that accompany the Ultra Deluxe package, there are now over 40 conclusions, ranging from poignant climaxes to flat, but only seemingly pointless, finales. 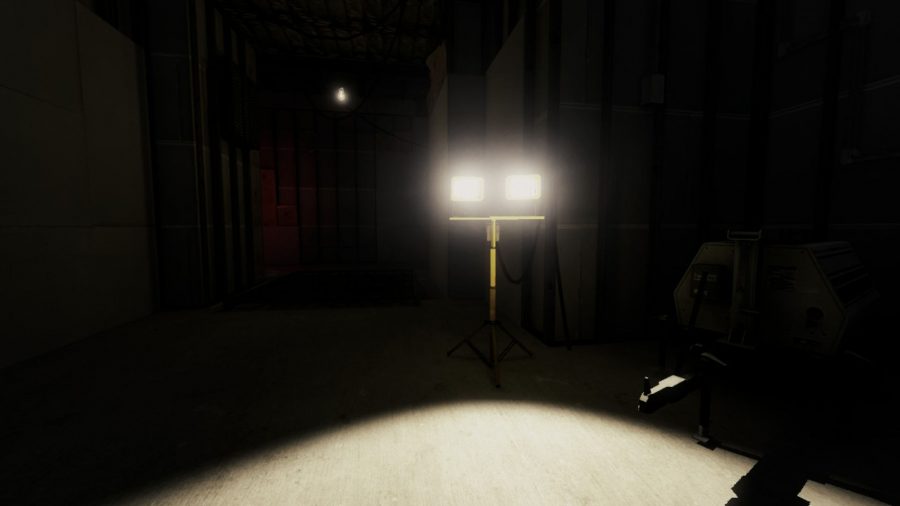 All of these endings are part of the same journey though, and that’s an exploration of what a game is, and what it should be. The Stanley Parable: Ultra Deluxe uses the fourth wall like a plaything, with the narrator casually discussing Stanley’s affairs with either the player, Stanley, or sometimes even to himself, the omnipotent voice frequently pointing to the fact that he’s a mechanic in a video game.

All the post-post-modern existential bluster is made even more potent by the setting in which Stanley finds himself. The weird and the eerie are present throughout, in the untouched offices, the one-off locations found in certain areas, but more so than anywhere else, in the corridors and spaces in-between.

You’ll most likely find yourself in one of the backstage-type areas in one of your first playthroughs, and when you do, you’ll feel a very strong sense that you’re not supposed to be there. Much like the solid blue wall that binds the horizon in The Truman Show, the hidden spaces in Stanley’s office building present the first taste of things not being how they seem. This slow unfolding grips you as you find out more and more about what’s going on behind the scenes, and before you know it, you’re hooked. 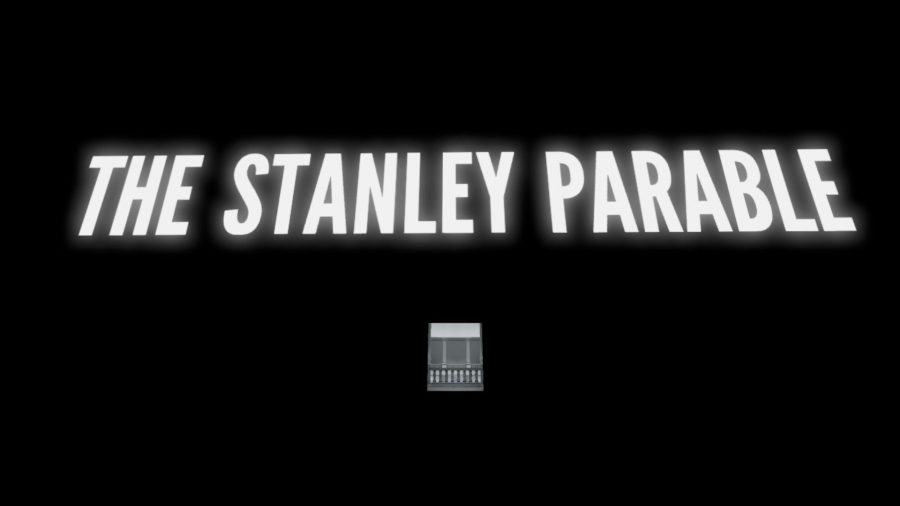 Over time, the setting, the narration, and the gameplay all bleed into the singular theme of game design, dealing with the concept of free will on the way there. Each time you obey, or disobey, the narrator’s instructions, a little more of the veneer comes away. All these decisions lead to endings that make up for what they lack in subtlety, with sneering jibes directed at different concepts within modern game design, with little left untouched by the narrator’s paradoxically charming vitriol.

As a returning player, I’m blown away by the amount of new content for Stanley to find, and how after all these years, the old endings have lost none of their potency. The new content – which I won’t spoil too much here as things really do take an interesting turn after your first couple of endings – manages to match the vibe, for lack of a better word, of the original conclusions, and in some cases maybe even surpass their pre-requisites.

I really don’t want to spoil too much of the new content found in The Stanley Parable: Ultra Deluxe, but I’d be remiss not to mention the reassurance bucket. Suggested by the narrator as a magical container exuding comfort to Stanley each time he takes it in his hands, what the bucket really does, is differentiate the new content from the old, simply by picking it up at the start of a playthrough.

The reassurance bucket alone adds more than ten variations on old endings, not to mention the other hidden features and concepts scattered throughout Stanley’s possible adventures. The bucket also functions as a perfect case study for how the Stanley Parable operates on a whole, it introduces an idea, tears the meaning away, and leaves just enough scraps for you to piece together your own understanding. 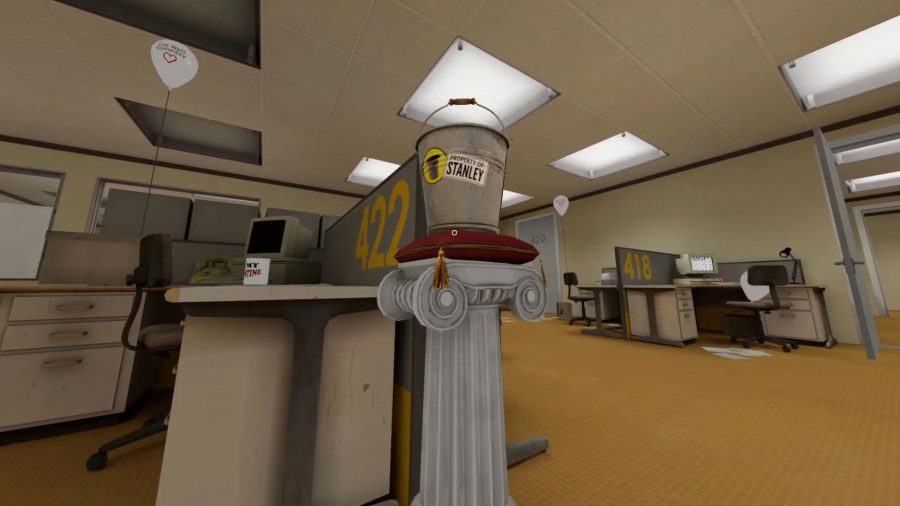 It’s this find-your-own meaning variation of the choose-your-own-adventure genre that elevates The Stanley Parable to a place of its own in the video game pantheon. In fact, Crows Crows Crows title is better compared with other great post-post-modern works, those that try to look past the nihilism, cynicism, and self-deprecation tied into post-modern self-awareness, like David Foster Wallace’s novel Infinite Jest or any film involving by Charlie Kaufman.

A lot of the credit for the cerebral prowess of The Stanley Parable has to be shared between its writing duo, Davey Wreden and William Pugh, as well as the imposing voice of the narrator, Kevin Brightwell. The tenacity of both the writing and delivery is what sends Crows Crows Crows’ game into the higher echelons of game design, and I noticed myself taking moments to reflect, or bust a gut laughing, at regular intervals during my playtime.

It’s the laughs that make The Stanley Parable stand even further out from the crowd of existential indies, of which there are more than you’d expect, with the narrator always ready to deliver a zinger, even if sometimes he’s the only one that finds it funny. Better still, for those of us going back to office 437, you can feel a freshness to the new content, with the narrator lauding the successes and perceived failures of their original attempt, all too aware of the time that has passed. 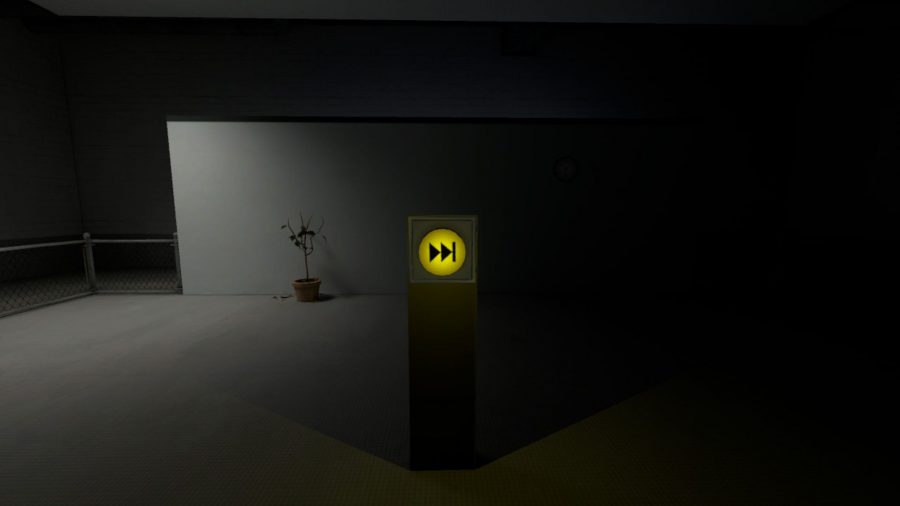 The only fault I can find with The Stanley Parable: Ultra Deluxe, and one that was also present in the first game, is that sometimes it’s a little too easy to re-hash content while looking for new endings. This is especially true if you’re planning on finding all of the possible conclusions organically, as you have to scour every corner of the office building, and there isn’t always something there to find. Fortunately, this can be avoided with a little research, but it does slightly take away from the overarching concepts of choice and design.

In terms of how it plays on Switch, Stanley Parable is a surprisingly apt fit for Nintendo’s flagship console, and doesn’t suffer from any lag, long loading screens, or graphical stuttering. There are a bunch of accessibility controls included for those who need them, with additional depth of field and camera sensitivity controls for finding and zooming in on the easter eggs littered throughout Stanley’s adventure.

Admittedly, there are a couple of endings that you can only find from playing on PC, but with that exception, there’s no real benefit to playing The Stanley Parable on any other console over Switch. What’s more is that in one specific ending, the narrator calls you out directly for playing on the Nintendo console, and as ever, the intelligent voice acting of Kevin Brighting sounds even more amusing using real-world jargon and company names. 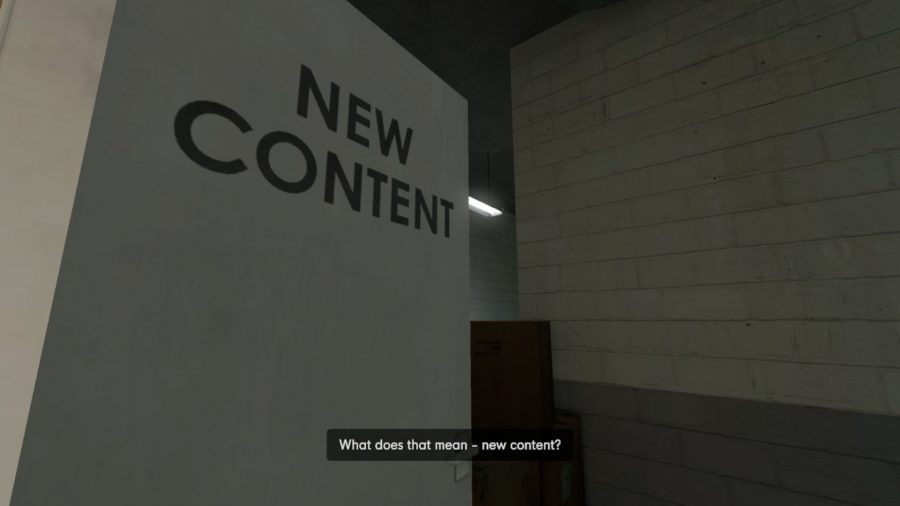 All in all, The Stanley Parable: Ultra Deluxe is a lap of honour that somehow manages to outdo the original achievement. In musical circles, you often find a particularly talented guitarist, drummer, or other musician, who despite their incredible talent is only really popular among fellow musicians. You might call them a “guitarist’s guitarist” or a “drummer’s drummer”. The Stanley Parable is the very definition of a game designer’s game, willing to show off its satirical chops at every opportunity.

So, there’s still nothing I can say about The Stanley Parable: Ultra Deluxe that it hasn’t already said about itself, and will continue to say, as the newest version of Crows Crows Crows title looks to influence another generation of both players and makers. With secrets to find, buckets to love, and a narrator to out-smart, I personally couldn’t be any happier to read “it never ends” on the loading screen, and I truly hope it doesn’t.

Much like the original version, the Stanley Parable: Ultra Deluxe is a cryptic manifesto on game design as much as it is a game in itself, made even more playable with responsive controls on Switch and no noticeable bugs or issues. On stepping out of office 427, you find laughter, existential crises, and moments of pure bewilderment in equal amounts, and you’ll cherish every second.