The first This is the Police tried to replicate the fine line Hollywood has been walking for decades when it comes to its portrayal of the men and women of small town American police forces. Unfortunately, it failed, as it lacked any of the subtlety of high-minded critique or the clever charisma of a sharp satire. Its melodrama, though noir in spirit, was flaccid and rote in practice. It felt filthy all the time, and never for any reason other than ‘because it could.’

This is the Police 2 is better in almost every way than the first, but it’s still weighed down by much of the same issues.

Part of that weight is the return of Jack Boyd. No longer Police Chief of Freeburg, he’s found himself on the run from the federal government thanks to his heavy involvement with his former city being smothered by organised crime. Circumstance gets him arrested by the local police in nearby Sharpwood, and eventually he becomes the right hand man for Sharpwood’s Chief of Police, Lilly Reed.

TITP2 breathlessly breezes past this incredible narrative contrivance to reintroduce us to the dirty cop that can’t help but do dirty things. Conveniently, Sharpwood’s PD is filled to the brim with chaotic cops that are one or two bad shifts away from being criminals themselves. The streets themselves are filled with people who seem to do the most outrageous criminal activity you’d ever heard of in at town like this.

All this is to say that TITP2 still makes no effort to make anything or anyone feel redeemable in this story. Jack is still mostly a trash bag of a human. At no point in the hours of time I spent playing did I want him to succeed. If I could have called the feds on him myself, I would’ve. All of the characters you meet are either obnoxious cops, excited to abuse their authority to bully locals, douchey agents that’ll stop at nothing to impede you, and slimy criminals trying to bleed you dry in exchange for your freedom.

Maybe the one exception to this is Lilly Reed. Even then, she is initially framed as the new female boss attempting to wrangle her out-of-control team. TITP2 almost pretends that she might be the centerpiece in a story about a women’s struggle in a male-dominated career field. And yet, as soon as we meet her and her plight, it’s bulldozed away by Jack and his bullshit. She’s relegated to nagging nanny status, when she’s included in the story at all.

You can assign a squad of officers to assault a location, SWAT Style, when the situation calls for this sort of large scale attention

The story itself is told in well-imagined, lo-fi moving comic book frames. If you’ve seen stills from the recently released Untitled Goose Game, think that kind of abstract art, but with a darker hue. Sometimes scenes will be fully animated cartoons that are totally fine, if not a little awkward. The scenes that end up in motion never seem like they were providing much more of a particular punctuation to the sequence. It begs the question, why are they there at all?

They look great, but these cutscenes are almost always too long. Many of these exposition dumps have the incredibly arduous writing to thank for their length. Dialogue often goes on way too long. These character exchanges are clearly inspired by movies like Reservoir Dogs, but completely lack their tact or brevity. They are at least well acted. Even John St. John’s reprisal of Boyd feels more nuanced and refined this time around. 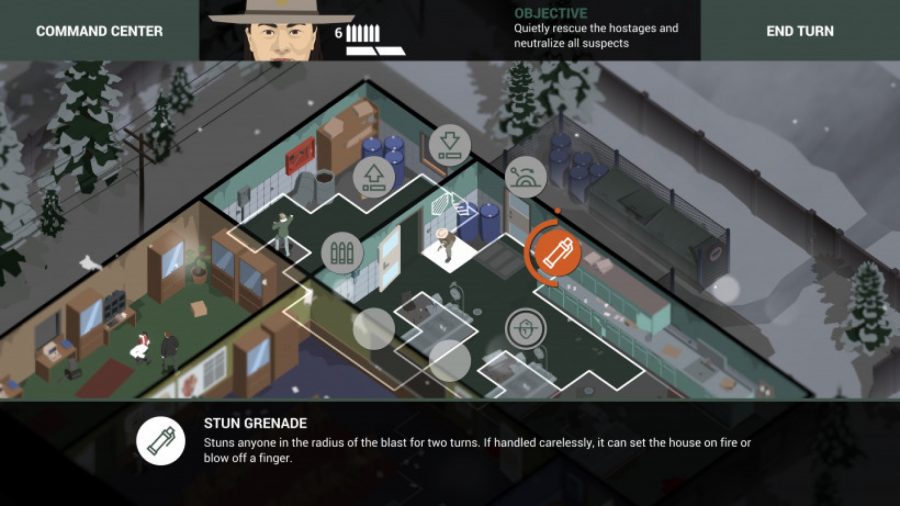 These overlong sequences predictably book end the nitty gritty of TITP2 – deploying officers for daily duties. This was always the most interesting part of the first game, and it remains so here. Knowing what cop is the right one for a particular call is a little easier to discern now that individual officers have stat-lines that cover more than just this abstract idea of ‘professionalism.’ Officers with high Negotiations should be the ones attempting to talk people out of foolishness, for example. This is a way more reliable way to make sure your officers come home at night.

Another addition to the formula are full on, XCOM style tactical battles. You can assign a squad of officers to assault a location, SWAT Style, when the situation calls for this sort of large scale attention. The same non-lethal and lethal options you have available in the normal mode – through equipment or individual skills – are available here as well. The stats play a dual purpose here – each rank your officer has in a stat will unlock an ability to be used on these maps. Cops with a high enough strength can kick doors in, for instance.

(Get your tactical hat on by checking out our list of the best mobile strategy games.) 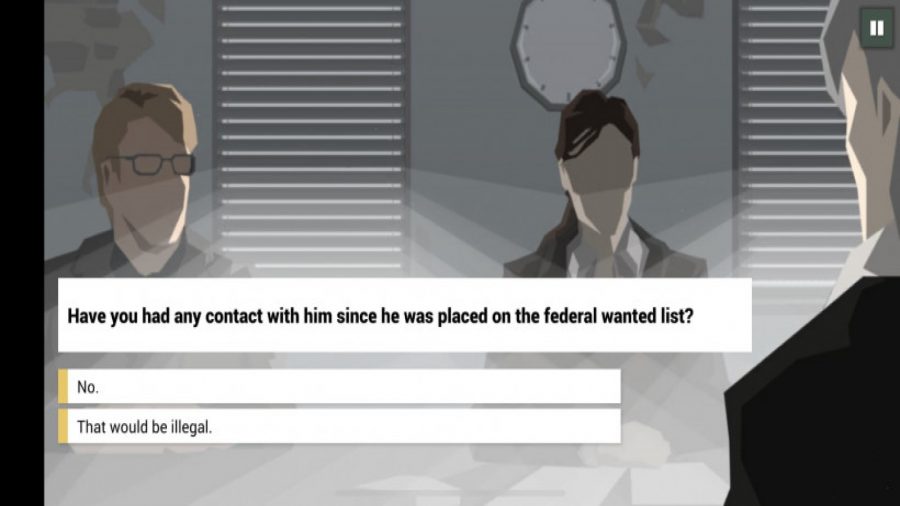 The sort of reward you get from these battles are hit and miss. They can be pretty challenging, and your officers can be killed pretty easily should a shootout happen. Patiently taking targets out quietly usually is the best way to go, but there really is no reason to prioritise non-lethal over lethal, outside of personal preference. The game doesn’t seem to care how you handle suspects, so long as you walk out in one piece.

That’s the sort of cynicism that This is the Police 2 is drenched in. In one way, the simple addition of this mode feels completely out of place and unnecessary. It’s indicative of maybe an overarching issue in this sequel: adding things that don’t do anything to make the game better, while not really addressing anything that made the first game unbearable. It expands its own mythos, but still refuses to make any salient commentary regarding any of the themes it’s playing in. Like Boyd himself, Weappy’s crime series is hopelessly irredeemable.

This is the Police 2 review

Like its predecessor, This is the Police 2 is a vacuous and ineffective crime commentary. It’s mechanically more sound, but still feels overstuffed with new features that are largely disjointed and unnecessary.