If you’ve ever wanted to run your own TV station, then TV Empire Tycoon could well be the game you’ve been waiting for. It’s an idle simulator that sees you taking charge of a studio, hiring and firing your staff and upgrading every aspect of the business. All in all, there’s an awful lot that you’re going to have to keep tabs on.

Building up your fledgling televisual is a monumental task, and you’re going to need as much help as you can get. And that’s where this guide comes in. We’ve played a whole load of TV Empire Tycoon and figured out everything you need to make sure your shows go out on time, the talent is happy and none of your caretakers are going to go on strike.

With these hints, tips, and tricks you’re going to be juggling everything with the expertise of a real-life TV executive. Trust us, follow this guide and the cash is going to come rolling in quicker than you know how to spend it.

You can grab TV Empire Tycoon from the App Store and Google Play Store for free. It’s got plenty of IAPs, but you don’t need to spend anything to enjoy the game. You can even pick it up from APKPure or play it on PC via MemuPlay if that’s your cup of tea.

Where can I watch some TV Empire Tycoon gameplay?

This trailer shows what you can expect when you’re deep into the game. And also showcases some of the charm.

Now that you (hopefully) know you want to play TV Empire Tycoon and have it download, here are a few tips and tricks to help you get started.

One of the things you’re going to want to concentrate on early in the game is upgrading the energy supply to your studio. Cash isn’t hard to come by, but you can only get energy by upgrading your batteries and generator. There are plenty of upgrades that need power to work, and if you don’t have enough you’re not going to be able to unlock them.

Cameras, screens, machines and lights all need electricity, so the more you’ve got, the better you’re going to do. Focus on upgrading your power early on and you’re never going to be short when you need it. 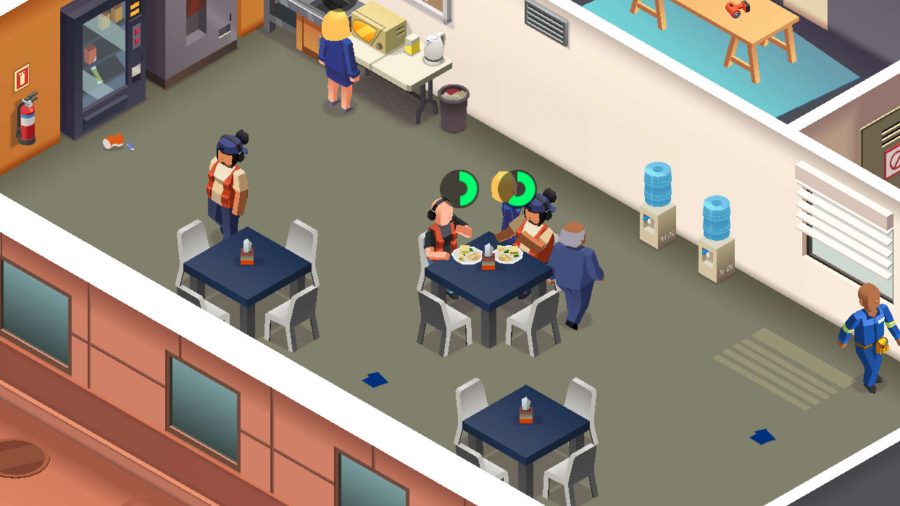 It’s important to make sure that the people who work on your shows are as happy as they can be. Check up on them regularly and if you find they’re not doing well, try and change things to up their happiness rating. Upset anchors and camera operators can impact your profits and you don’t want that.

Make sure you’re not favouring one star over another – for example by giving one a spotlight and not the other. And keep the break facilities upgraded too, since that’s where your stars are going to be spending a lot of time. When you’ve got the cash, build some dressing rooms too.

You’re also going to want to keep your cleaning staff as upgraded as you can. Hire as many of them as you can afford, and make sure you’re spending your cash on new items and upgrades for the cleaning room when you’ve got some to spare. 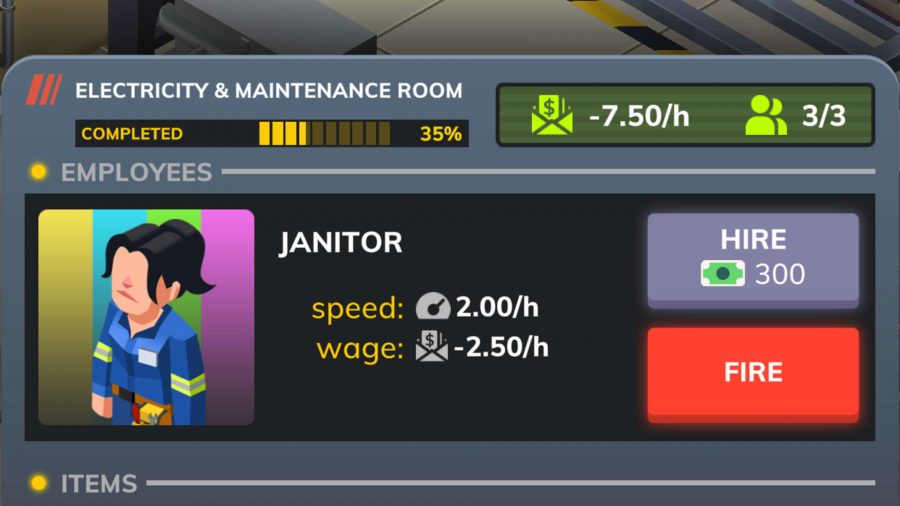 The quicker a team can clean up a room, the quicker you can get people back in it. That’s especially important for your studios. Dirty spaces can lead to delays, and delays can lead to you losing out on money.

One thing that you should never forget to keep track of is how your shoes are working. Tap the bar graph icon and you’ll see a breakdown of the various parts of your empire. Here you’ll be able to find out whether there are any weak spots in your business so you can zero in on fixing them.

It’s your job to keep on top of everything, and if you’re not you’re going to end up in trouble. If there are delays in filming, you’ll need to speed up the make-up and reception process, but you’re not going to find out unless you keep an eye on the stats. 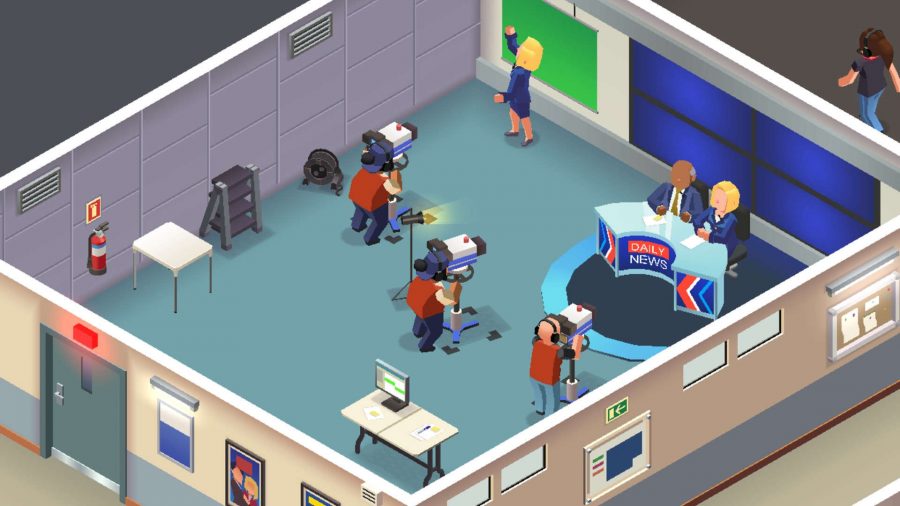 Contracts are a little bit like achievements. You’ll get incremental rewards for completing parts of them, but when you’ve finished a complete set you’ll sign a new advertising agreement. Those are going to bag you more cash per hour, so they’re a great way to keep the cash flowing.

Before you spend any cash, check what you need to do to unlock a new contract and prioritise that. You’ll quite often find you’ve already completed a lot of the challenges when you move on to the next contract, so be sure to grab all the rewards that are waiting for you.