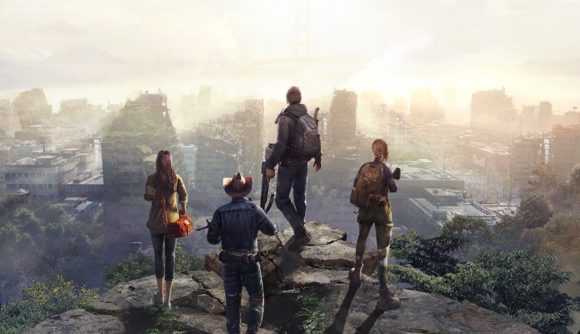 Tencent has revealed a new version of its open-world zombie survival game, Undawn, which you may remember previously went by the name of Dawn Awakening. It sounds like yet another ambitious Unreal Engine 4 title for iOS and Android, serving up flashy visuals, a vast world to explore and scavenge, and countless undead hordes to whittle your way through.

Notably, Tecent’s Lightspeed and Quantum Studios is handling the game’s development. For those not in the know, that’s the same team responsible for the hugely popular PUBG Mobile. It comes as little surprise, then, to hear that Undawn has a big multiplayer focus – both of the PvP and co-op variety.

When you’re not sneaking around the world as a lone wolf or as part of a squad, you’ll likely be back at your base of operations, where you can put your hard-earned resources to good use.

The game’s official site details some of the characters and factions you’ll meet along the way, including the beardy Owl Gang, mini-gun-totting Eagles, and the dreaded Clowns.

The action game with RPG elements, which is developed with UE4 will release on mobile and PC later this year.

Here is the Chinese trailer pic.twitter.com/jyFbYzngSR

While Tencent is yet to confirm a solid release date, we do know that Undawn is currently slated to launch for iOS, Android, and PC sometime later this year. While you wait, be sure to check out our list of the best mobile multiplayer games to try with your buddies.