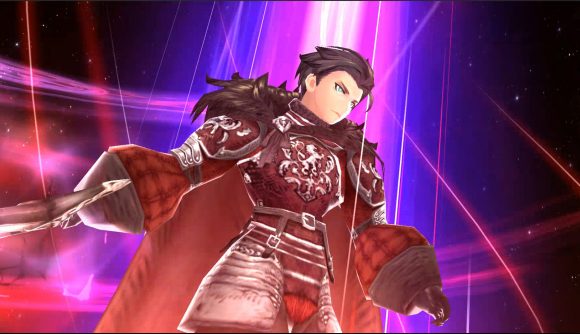 Since it launched back in March, War of the Visions: Final Fantasy Brave Exvius has reached four million downloads on Google Play, the App Store, and the Amazon app store. Square Enix has celebrated by releasing an anime story trailer for the game featuring the song All for Love, by popular Japanese vocalist Raychell. The trailer will also launch in-game with Japanese vocals next month.

For those who don’t know, War of the Visions: Final Fantasy Brave Exvius is set on Ardra, a continent broiling in war. You play as two princes, Mont and Sterne, as they learn military strategy together and fight to save their homeland from the ravages of all-out conflict. War of the Visions is a tactical RPG, and while there is plenty of storytelling, there’s a decent amount of influence from the Final Fantasy Tactics games, including the grid-based combat.

Square Enix has also launched the WOTV FFBE Animated Trailer ‘ALL for Love’ Campaign, a limited-time event that will reward you with up to 2,000 Visiore – the game’s currency – depending on how many people react over social media.

You can watch the trailer’s beautiful anime stylings below:

If you want to do your part, and get your hands on some free Visiore, you can find the original post on War of the Visions social media.

War of the Visions also collaborated with Final Fantasy Tactics recently, bringing the characters of Orlandeau and Ramza to the game.

If you want to become one of the four million, and like some tactics play, you can check out War of the Visions on Google Play, and the App Store.