The Mechanicum has always been one of my favourite Warhammer 40,000 factions: humans from the far future who grew tired of all their fleshy bits going bad and decided to take immortality into their own hands, stripping themselves away, augment by augment. These Tech-Priests of Mars provide the Imperium with the necessary ordinance to wage endless war, but they also greedily covet technology, especially the dangerous devices lost to them during the cataclysmic Age of Strife.

Seeking secrets is what brings Magos Dominus Faustinus and his battle barge to the lost world of Silva Tenebris, chasing the distress call of a Tech-Priest. But some things are better left buried: Necrons, for example. You and your plucky band of cyber-comrades accidentally rouse these ancient machine warriors, and the dormant tomb world starts to awaken. So begins a race against time as you try to stop the Necron threat before too many wake to be contained.

You build a cohort of Tech-Priests and Skitarii – Mechanicum soldiers – and undertake missions into the catacombs, fighting tactics-based battles and navigating between rooms with narrative events, rushing to reach your objective as the tomb comes to life. This escalation is one of the primary features that set Mechanicus apart from other tactics games. The longer you spend dawdling in the tomb, the more difficulty modifiers stack in combat. This might mean you have to fight more units, or that, since Necrons are undead warriors, they reanimate and rejoin the fight faster.

Mechanicus is like trying to patch leaks in a sinking ship

Whether you succeed or fail, your mission contributes to the endgame: a percentage bar representing how many of the dormant Necrons have woken up. In many ways, Mechanicus is like trying to patch leaks in a sinking ship – every time you plug one, three more spring up in its place. The real goal is to gather strength and prepare for the inevitable moment when the whole tomb world wakes. 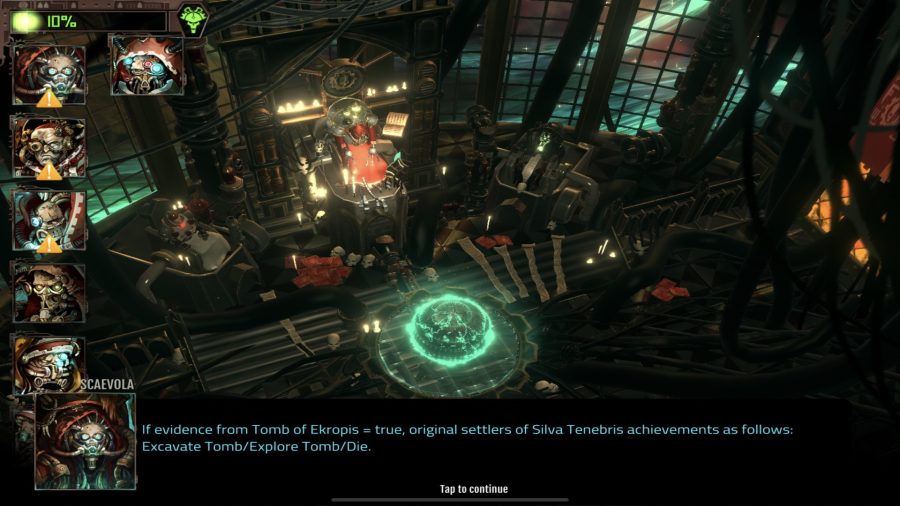 Sending your soldiers to their *literal* graves can be a trying task, but luckily your Tech-Priests have an arsenal of gadgets to ensure success. One of the things I love about Mechanicus is how it lets you upgrade your Tech-Priests and hybridise those typical tactics classes into something more unique.

A lot of tactics games offer preset battlefield roles, but Mechanicus gives you a blank slate and lets you augment your Tech-Priests through slow and steady upgrades, defining their role to fit your playstyle. You can also discover and equip high-tech weapons and utilise canticles to buff your units. 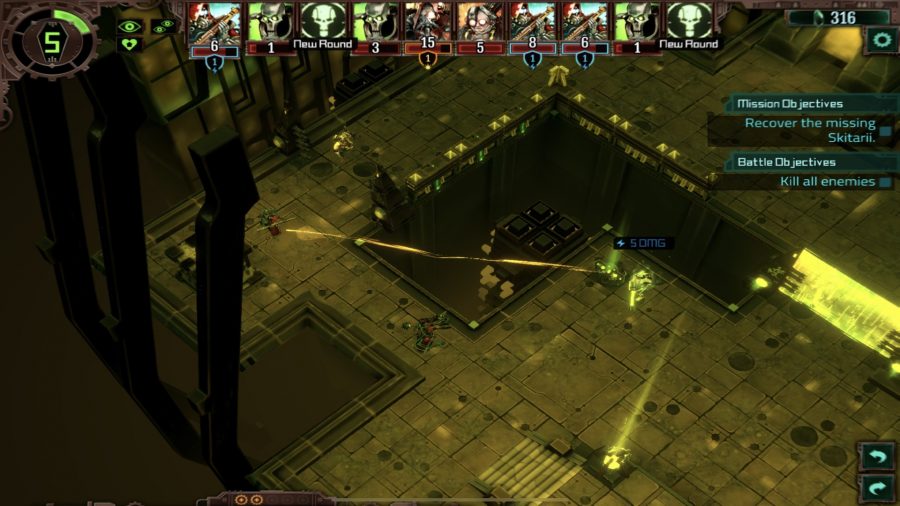 It makes for a tactics game that’s difficult at first, but extremely satisfying once you get a few tools in your utility belt. I also found Mechanicus tough because it feels pretty divergent from XCOM and the XCOM-likes that we’re all so used to playing. For example, cover isn’t really a thing in Mechanicus, and the Necrons generally surpass you in terms of weapon range. Instead of overwatch, you also have opportunity attacks that let you take a free swing when an enemy tries to escape melee range.

All in all, it makes for a far more aggressive hit-and-run tactics game that fits with the theme of fighting on the go while being chased through a tomb. Cognition Points are another way that Mechanicus incentivises this playstyle, as you need it to summon extra units and perform the most powerful attacks. The primary way you get CP, however, is harvesting Xenos artefacts littered around the map. If you stay still and try to hold a single spot you’ll eventually get bogged down and defeated. After all, you can’t beat undead warriors like the Necrons in a war of attrition. 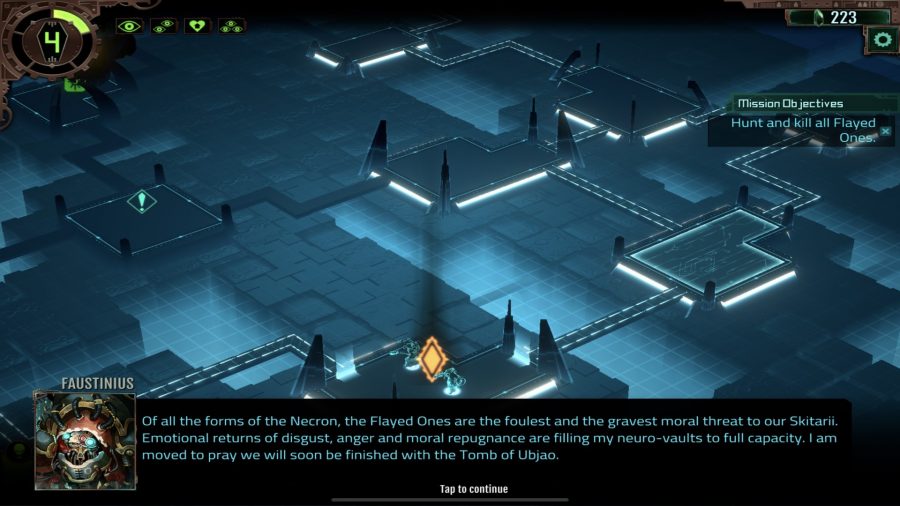 I’d also be remiss not to mention the excellent dialogue in Mechanicus. The game is written by Ben Counter of Black Library fame, and I was impressed by how it establishes a series of characters in spite of the fact they all speak like machines.

In terms of the port itself, Mechanicus plays very well on iPad, and despite sometimes having to insistently tap a few times to designate a target, I didn’t have any technical issues. It doesn’t look as good as its PC counterpart, and some of the artwork in narrative events seems a little low quality, but there’s nothing egregious enough to affect the actual experience of playing it. This port of Mechanicus also has the long-requested difficulty settings, so whether you’re a tactics novice or an actual Tech-Priest, you can have your fair share of fun with the game.

Despite the dip in visual quality, Mechanicus is a fun and flavourful 40k tactics game for iPad and Android tablets. Come for the smart strategy play, stay for the droid banter.