Despite the sheer number of MMORPGs that exist on mobile, it still doesn’t quite have its own killer app. The current best – both RuneScapes, AdventureQuest 3D, and Albion – all play better on PC, relegating mobile to a convenience feature at best. Where is the MMORPG that will truly take advantage of this amazing platform, with its portability, touch interface, and baked in social features?

Well, I hoped it would be Warhammer: Odyssey, the latest in a long line of mobile MMORPGs that claim to offer a PC experience on mobile. The difference with Odyssey though, is that developer Virtual Realms has form in this department, running Celtic Heroes, a faithful recreation of what WoW does best, for over eight years on mobile. You got the feeling if anyone could do it, it would be Virtual Realms.

But, after spending a good chunk of this week digging through the soft launch version of Warhammer: Odyssey, I’m thoroughly unconvinced that it’s up to the task. The primary reason? The typical MMORPG experience has been streamlined into oblivion, and you’re left feeling like Virtual Realms worried that if any of its players had to think for themselves for a minute, they’d lose interest.

Ask a regular MMORPG fan why they love the genre so much, and you’ll likely get a different answer from each of them. The reality is, we all love them for different reasons, whether it’s to raid with friends, live your best life and play dress up, or simply meander your way through a living, breathing world. I can’t imagine anyone would exclaim that they just love a good old corridor to run down.

Yet that’s what Warhammer: Odyssey feels like to play. I forgave this during the tutorial, which needs to be linear as you’re taught the various mechanics. There’s trouble ahead, you fight monsters, mess with your skills a bit, talk to some NPCs, and then tie it all together to defeat a boss and leave the area. So far, so tutorial. But when the same gameplay extends to the full game, it starts to tire real quick.

Marienburg, the first major city you visit, isn’t so much a landscape begging to be explored as a series of corridors you run through, as you’re funneled from quest-to-quest. It would help if the quests offered variety, but they’re firmly stuck in the past – there’s even one that challenges you to kill five rats, and there was no tongue in cheek. 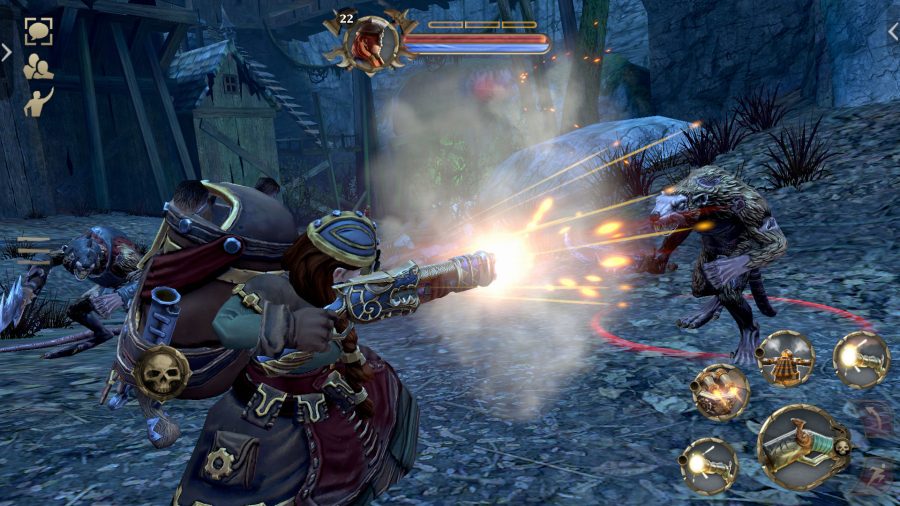 The worst part is that I quite quickly wished there was autoplay, so I didn’t have to actually sit through the drab experience. Then I had to mentally check myself: I’ve never stuck an autoplay game out for longer than a week, as I thoroughly lose interest due to a lack of any meaningful engagement. Yet Warhammer: Odyssey hasn’t convinced me that the alternative is any better.

I did start to feel a tinge of excitement when I encountered my first dungeon. I might get a chance to group up with other players, I thought. Wrong. I found another corridor, and had to kill a giant spider. The area was flooded with other players all trying to do the same thing, and you only receive the perks of the kill if you get the first hit in. So, naturally, we formed an orderly queue and killed it one-by-one. It wasn’t the sort of teamwork I had in mind when I picked up Warhammer: Odyssey, but it was a nice moment nonetheless.

Each time you level up, you can spend your stat and action points. You’ve got your typical attack damage, magic damage, health, and energy stats, so it isn’t hugely complicated. Besides, read the skill descriptions and you can see what stats the skill draws from when determining its power, so you can just tailor your build in that direction. 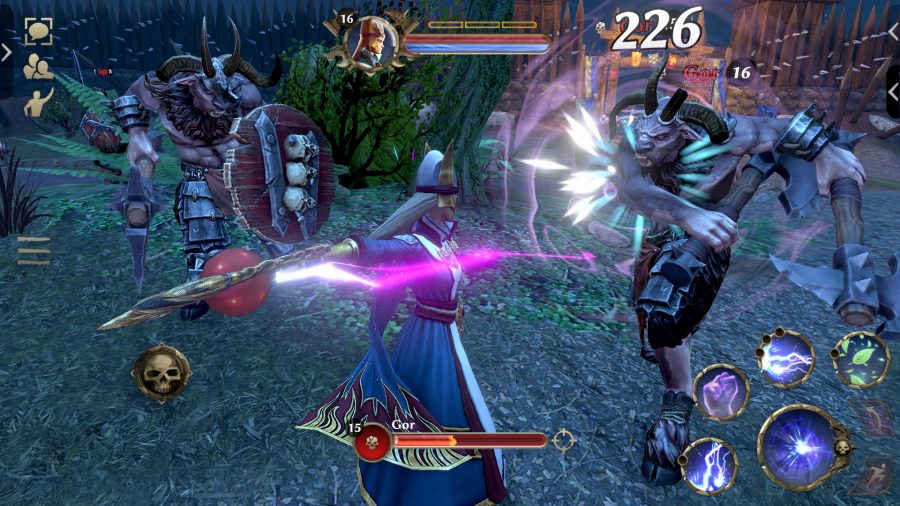 Similarly, you can spend your action points either on new skills or on upgrading existing skills. It’s a system as linear as the main experience, with the occasional option to pick one of two different skills. Make sure you pick the correct choice though, as changing your build is pretty expensive.

I can't see a reason to recommend Warhammer: Odyssey without a fundamental revision of its core structure

Overall, you’re looking at an investment of around 200 of the in-game currency, or $5/£5 each for stats and skills. Other items you can purchase with real cash include bank and bag expansions, character slots, and auction house slots – the usual suspects. I don’t really have any complaints about the monetisation – it is relatively aggressive, but you do get a lot of game for free here.

The question is: will you actually want to play it? I’m already finding my interest waning a bit, though I’m quite keen to see the end of Marienburg in the hopes that Drakwald Forest will feature the sort of wide open spaces, group dungeons, and challenging content that I’m looking for in an MMORPG. Without that, I can’t see a reason to recommend Warhammer: Odyssey without a fundamental revision of its core structure.