The latest in the Warriors franchise, Fire Emblem Warriors: Three Hopes, represents another successful crossover between Nintendo’s strategy RPG and Omega Force’s Musou genre. But what other series would make for some great Warriors games?

Since the original Dynasty Warriors back in 1997 and its many sequels, more recent third-party spin-offs from Nintendo, Square Enix, and Atlus have helped elevate Koei Tecmo’s 1v1000 games. This is mostly thanks to clever use of the genre’s famous over-the-top combat mixed with traditional elements from other series. However, that’s not enough. We think that more IP can transition smoothly over to Warriors games.

With ‘Warriors’ spin-offs for games such as The Legend of Zelda, Dragon Quest, and Fire Emblem proving perfect foils for the action genre, there are a few more series that would work perfectly with the over-the-top action and provide something new for the development team to implement. We’re talking IPs that have the ability to take us to multiple recognisable locations, are filled with memorable characters, and would absolutely rip as a Warriors game.

Here are five more series that we think would make for great Warriors games.

IPs that should have a Warriors game 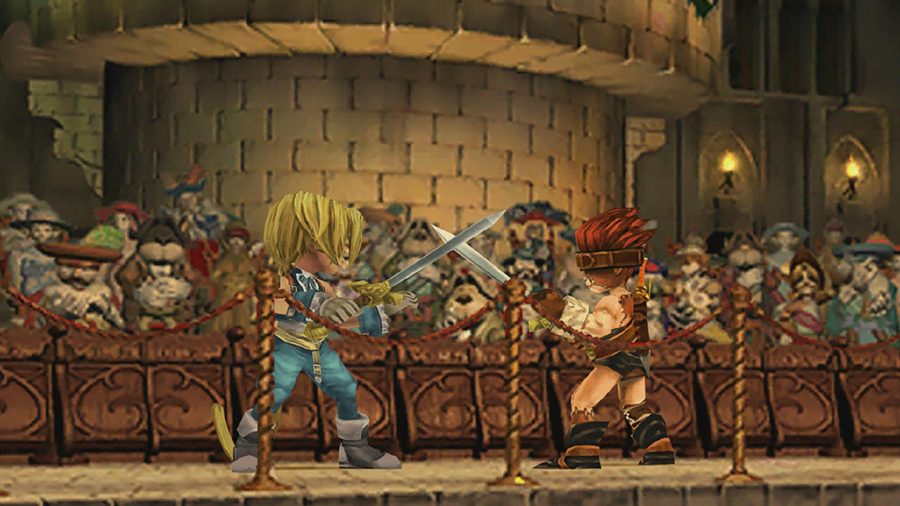 Given Dragon Quest’s success with the Warriors’ style gameplay in Dragon Quest Heroes and its sequel, it’s a surprise that Square Enix hasn’t tried it again with Final Fantasy. A Final Fantasy Warriors game would have plenty of source material to work with and tonnes of options for playable characters including famous heroes and villains. The sheer number of recognisable locations and enemies to decimate in their thousands makes for a perfect nostalgia-tinged hit.

Like the other successful Warriors based on an existing property, Final Fantasy Warriors would need to be more than a simple copy-paste job. It would need to feel like a Final Fantasy game as well as a Musou title. Fortunately, you could incorporate skill trees, that leveling-up jingle, and perhaps even a job list to make it feel like a true compilation of what makes both franchises so well-loved. Plus, screen-filling summons that take out hundreds of enemies at once sound too fun to go on ignored. 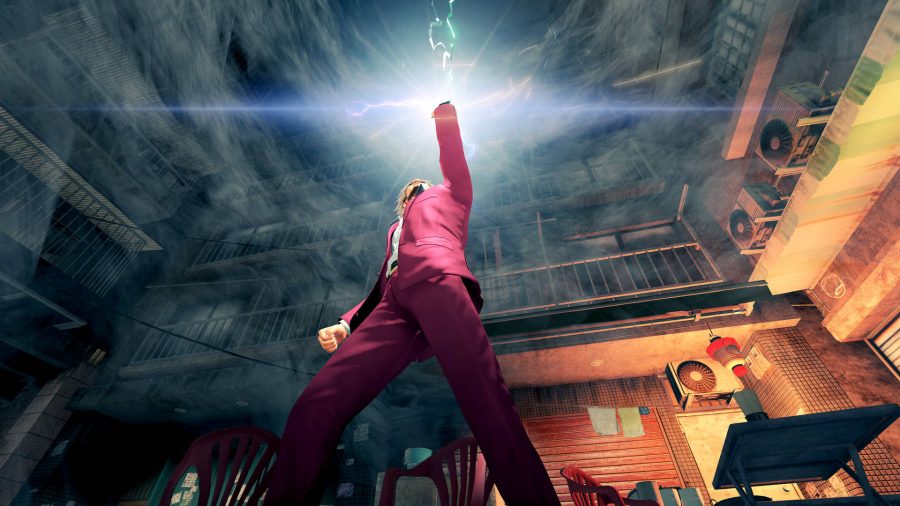 While Yakuza is yet to grace the Switch (seriously, Sega?) with its fantastic storytelling, world-building, and hilarious situations, we can’t help but feel Sega is missing a trick in not co-developing a Yakuza Warriors game with Omega Force and releasing it on the platform. The Yakuza series is already known for its combat and dishing out the pain to countless goons. It’s about time that action was dialled up to 11.

We can see it now, taking control of and switching between Kazuma Kiryu, Goro Majima, Ichiban Kasuga, and others in a war against the different and onrushing Yakuza clans within Kamurocho. Thanks to the series’ dramatic and often hilarious storytelling, we’re sure the team could cook up something spectacular that brings all of the series’ characters together in a believable way.

Part of what makes the Warriors games so good is the ludicrous special attacks. Yakuza’s array of mini-games could help with this (not to mention Like a Dragon’s more ridiculous special attacks). Kiryu using a bowling ball to knock dozens of enemies down at once, anyone? 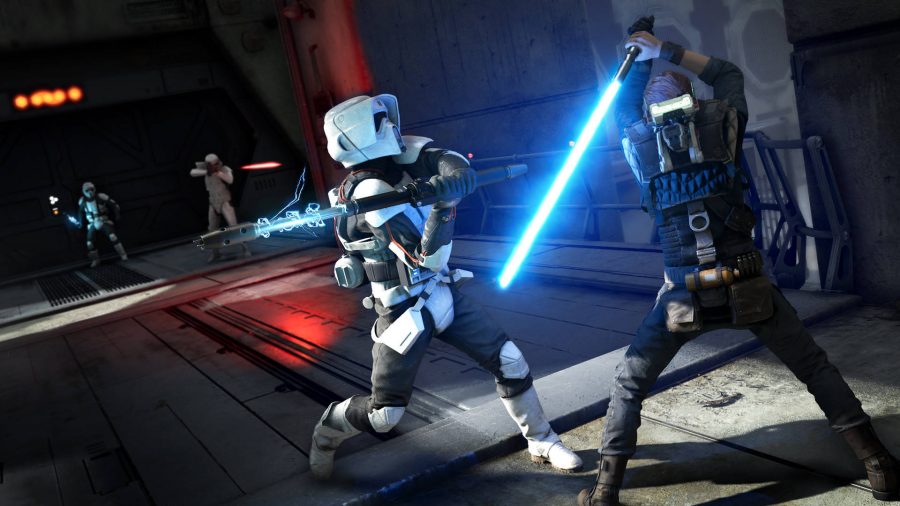 A long time ago in a galaxy far, far away, Star Wars Warriors should have been developed. 1v1000 lightsaber duels against Stormtroopers, the Gungan war against the droid army, the Clone Wars, and winning against the odds. Everything about Star Wars screams Musou. With hundreds of playable characters to choose from, equipping blasters, lightsabers, and boomas, this space opera is one that would translate gloriously to the Warriors genre.

Star Wars would give Omega Force something new to work with, too: Space battles/dog fights. While we can see something akin to the Divine Beasts in Hyrule Warriors: Age of Calamity working for mowing down ground forces in the Millennium Falcon, we’re on about taking the Musou template to the stars. We’re not sure exactly how the Musou gameplay would work as a dog fight, but we’re more than willing to find out. 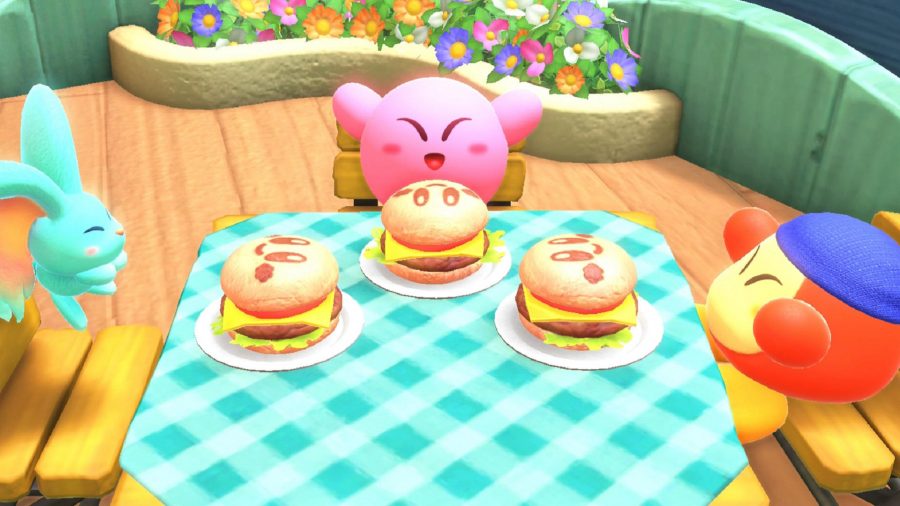 Although Nintendo has had plenty of success with its Hyrule Warriors and Fire Emblem Warriors series, we think it can make more of the Musou genre with everyone’s favourite pink blob. Kirby Warriors would be right at home for both franchises, making the most of both series’ trademark charms. Not only does Kirby have a long list of characters to choose from and enemy types to battle hordes of (as well as those classic boss battles), but it has copy abilities.

Kirby’s standard copy abilities would all work excellently in the confines of a 1v1000 game. Tearing up combos with the yo-yo ability, using bombs to take out dozens of enemies at once, and screaming into a microphone to fill the screen with an ultimate attack. The possibilities are endless. A Kirby Warriors game would have to make use of Kirby’s new mouthful mode and hypernova, too. Transforming into “Carby” to run down your foes and using the hypernova to suck in swathes of enemies at once. Kirby Warriors would be all sorts of chaotic. Just how we like it. Kirby could prove to be the star of the Musou show. 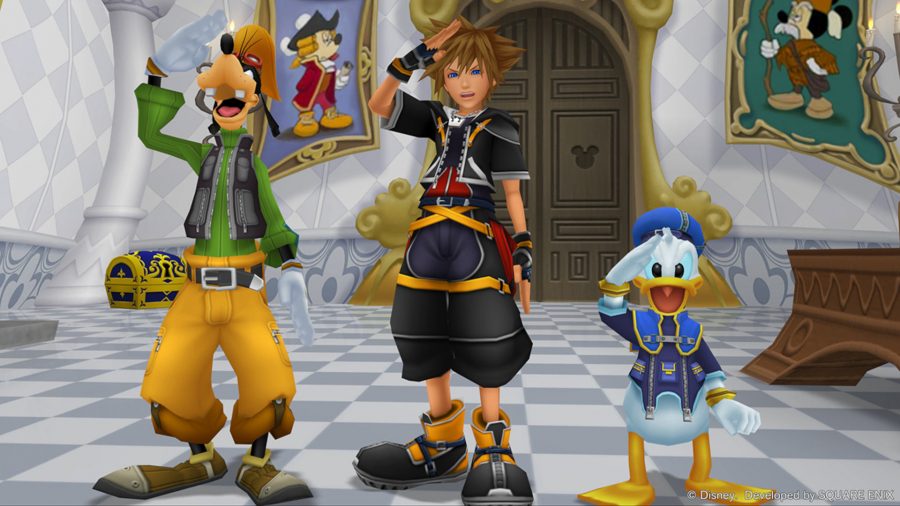 Yes, we know we already went into how Final Fantasy could so successfully transition to a Warriors game, but Kingdom Hearts could be an even better fit. A Warriors game that lets you play as series favourites Sora, Aqua, and Hercules. While one Disney franchise is already listed above, how about all of their classics in one place with tonnes of added Heartless and Nobodies to eliminate as well as friendships to save? It’s such a perfect fit, we’re rushing off to Square Enix, Disney, and Koei Tecmo to make it happen right now.

The standard Kingdom Hearts gameplay, with its floaty combat and flashy summon attacks is perfectly set up for Musou. The sheer number of playable characters to choose from, each with different playstyles is staggering, too. Use Jack Sparrow to unleash a Kraken in Toy Story’s world, Donald Duck laying countless enemies to waste with a firaga attack in Beast’s Castle, and decimating thousands of Heartless as Winnie the Pooh in Port Royal.

Knowing series creator, Tetsuya Nomura, the whole thing will be entirely canon and required to fully understand the overall series plot. We wouldn’t have it any other way. Whatever we have to do to make this game happen, we’ll do it.