I’ve not played Wylde Flowers on Apple Arcade yet, but when I heard that it was coming to Switch and PC, I was super pumped to pack my bags and head over to the town of Fairhaven. I mean, I’m a simple girl – stick a witch hat and a cat in a farming sim, and I’m there. When we managed to get our hands on a pre-release demo for Steam/PC, I leapt at the opportunity, and I’m happy to say it certainly delivers on the cauldrons, cats, and crops, at the very least.

Wylde Flowers follows the general formula of all our favourite farming sim games – you’re a city slicker looking to take a breath of fresh air, and end up tending to a relative’s farm in a quaint little village. But there’s one big difference here – your Gramma’s alive! I know, shocker, right? And I couldn’t be happier about it. Gramma’s an absolute delight, and taking the role of Tara, the sweet-natured granddaughter looking to help her ailing relative is really refreshing. Plus, it’s nice to have someone knocking around the old farm, and popping back in to see her throughout the day makes for some real cosy vibes.

You start out by planting some potatoes, fetching Gramma some mushrooms, and chopping some wood. All that usual farming sim stuff. You’re also encouraged to head into the sweet, seaside town just beyond the farm, where the mayor ‘makes a game’ of getting you to talk to all the locals, offering you a prize (30 whole coins! Wow!) once you’ve spoken to them all.

This is a little tedious, as all the townsfolk have their own schedules and are milling about doing their own stuff all day, but it’s a nice way to introduce you to everyone, and to get you acquainted with both the shops and the foundation of the in-game friendship system – talk to people every day, ask them if they’re doing okay, and they eventually end up liking you, who knew? 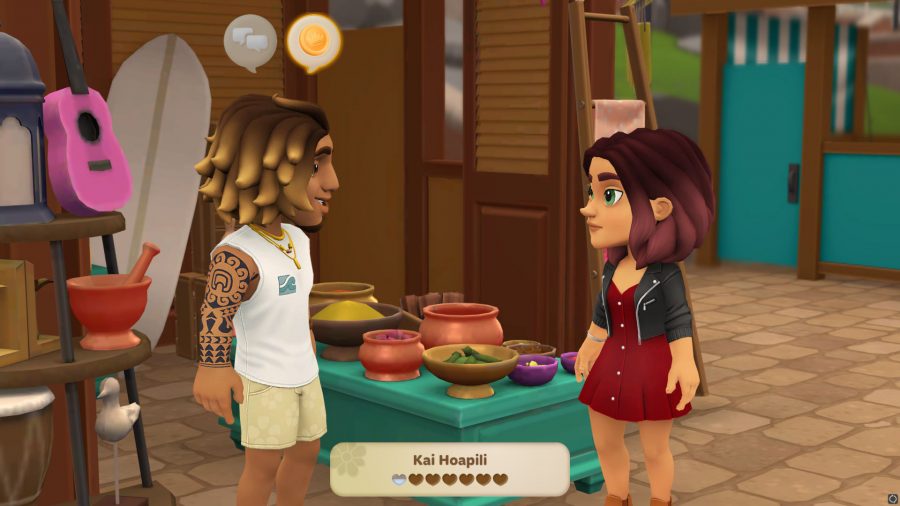 Of course, this isn’t any farming or life sim, though – this is Wylde Flowers, and your sweet little Gramma is hiding a secret. During the night, you’re treated to mysterious cutscenes showing masked, robed figures wandering through the woods.

These mysteries are amplified when you notice there’s a trapdoor under the rug when Gramma asks you to help her sweep the house – which she’s extremely evasive about when asked. Then she sends you out to get a flower in the woods that only blooms at night. Now, I know how all this sounds – and no, Gramma is not the crazy killer from the Lily’s Garden Commercials. Nope, Gramma is a witch – and so are several people around town, including you! Uh, kinda.

When you get home after catching her in the woods, she takes you to the basement and shows you your cauldron, telling you to head out again and get a magic wand, then head to the gate in the woods at night. Then – oh, the demo’s over. Yep, that’s as much as we get so far! And just when I was starting to live my real witchy dreams, too. 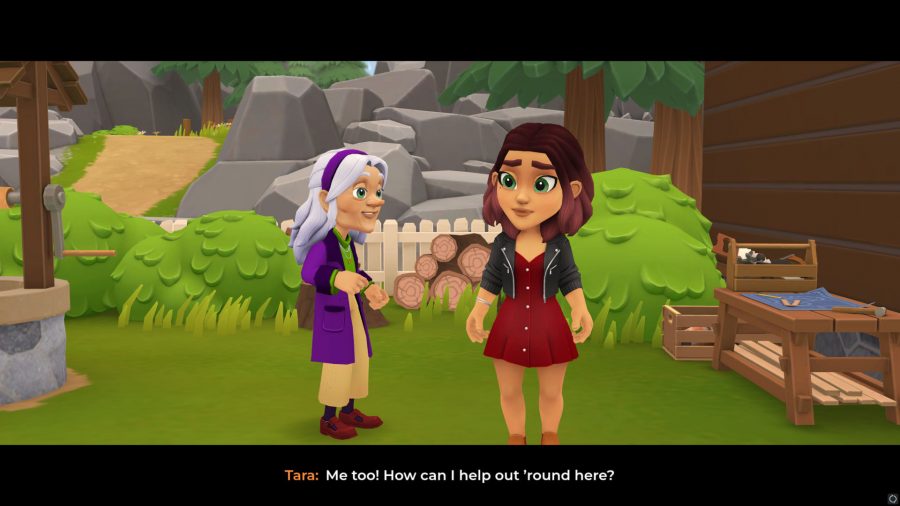 So, what’s the verdict so far? Well, Wylde Flowers certainly pulls you in with its mixture of familiar, cosy gameplay that you’ve certainly seen before (that’s not a bad thing), alongside a fun and mysterious story that feels like it’s come right out of a children’s book (also not a bad thing!).

The characters around the town are varied and fun to talk to, the map is pretty big, and there are plenty of areas in need of restoration, all of which I can’t wait to rebuild and explore. I love the voice acting, and the overall vibrancy of the plot and environments is engaging and certainly gives off fun, chill vibes.

Of course, the demo is pretty short, with me finishing it in just over an hour despite messing around a bit, so I can’t really comment on a lot of the main gameplay mechanics. The farming, fishing, and gathering aspects all seem pretty simple, with action prompts and timers, and missions that are clearly marked in the journal. 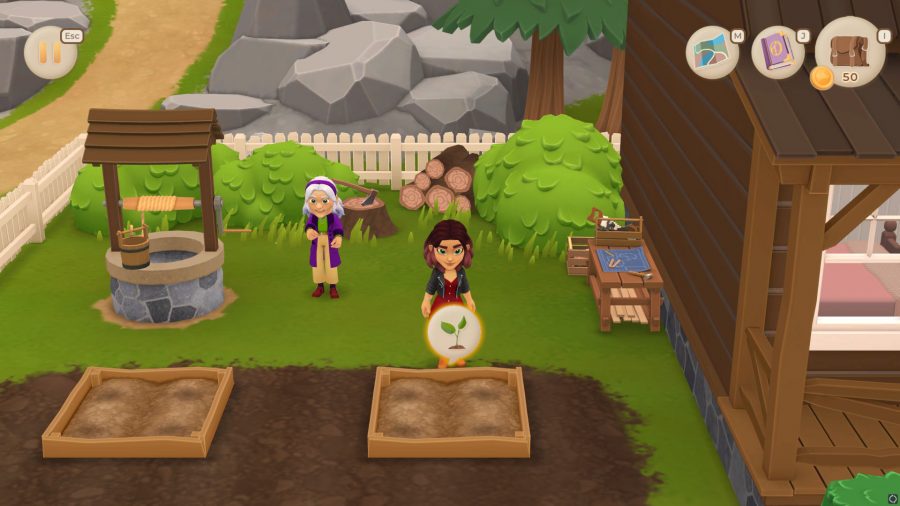 You have a short stamina metre, and most manual tasks use up a chunk of that stamina, but you can easily gather and craft food to restore that. You also have a clear map drawn in a lovely, stylistic way, and intro cutscenes when you step foot into an area for the first time.

When it comes to controls, they’re quite limited, and it’s clear that this game was originally designed for mobile, with little to no adjustments made for the port. I found out quickly that, for better or worse, there are no control options in the menus – likely due to the fact that there aren’t many controls to begin with.

Despite being a 3D game, you can’t pan your camera at all – it scrolls along with you. Movement is controlled by either WASD or a mouse, and interactions are all controlled by the space bar or clicking when you’re close enough to the item or person for the prompt to pop up. I can’t imagine much difference between PC, Switch, and mobile controls. There are also a lot of wait times – and, call me cynical, but they really feel like mobile game microtransaction opportunities. 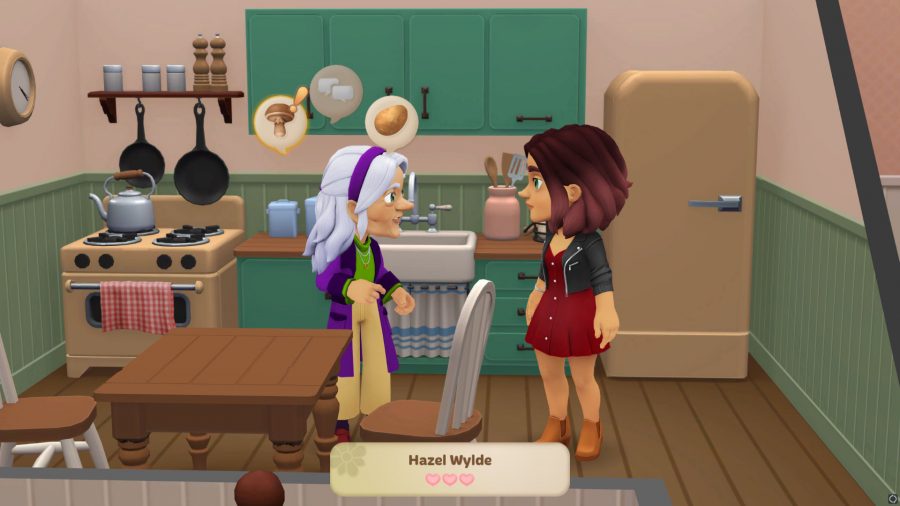 Regarding visuals, as I mentioned above, the environments are colourful and cosy, choosing a more stylised approach over any flashy realism, which lends itself well to the overall feel of the title. I’m personally not the biggest fan of the character models, especially with the occasional jitters and clipping present in the current port. But the unique outfits, hairstyles, and personalities certainly grew on me over time.

I enjoy the dialogue and getting to know the townspeople, and the full voice acting certainly helps with that. However, I find the dialogue lines sometimes overlap, with characters cutting themselves off. This makes conversations feel a little rushed – something I hope to see change in the final version. 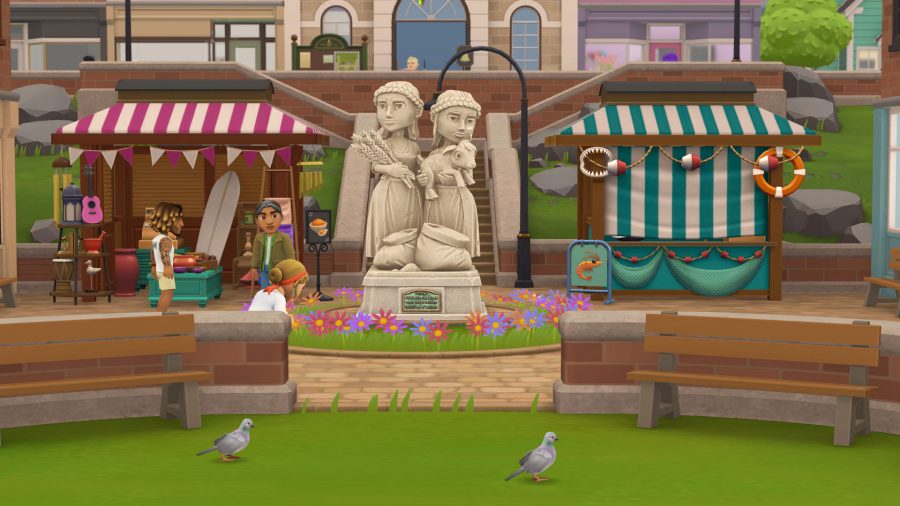 Overall, Wylde Flowers is a cosy farming sim with a witchy theme and some lovely, chill vibes. While it certainly feels like a mobile port, with little done to it in terms of adapting it to the new platforms, I hope that the lack of microtransactions and the ability to play it on the big screen will offer enough incentive to make the PC and Switch versions worthwhile. Regardless of my reservations and my short time spent in Fairview, I certainly enjoyed it, and look forward to seeing what else the game has to offer.