Confession time: I’ve somehow never played an XCOM game. Despite being someone who loves all things strategy, I came to tactics games quite late, and didn’t find myself especially enamored. Though, I’d often hear the term XCOM-like being bandied around, so when I was offered the chance to review Feral Interactive’s iOS port of the XCOM 2 Collection, I jumped at the opportunity to find out what it actually meant.

My conclusion is that the term XCOM-like must be misused a lot, because no other tactics game I’ve played is really like XCOM, and I don’t mean that as a disservice to other games. It’s more that the tactical depth, attritional difficulty, and almost Starship Troopers-level of over-the-top action wackiness really feel like parts of a unique package.

It’s easy to see how the XCOM series has earned its place in the hearts of fans, even so many years after the original installment. And the XCOM 2 Collection feels like the series at its best, rounding up War of the Chosen, and four other DLC packs.

So for those yet to be body-snatched by alien lifeforms, what is XCOM 2 all about? Set 20 years after the first game, the Extraterrestrial Combat Unit (XCOM for short) lies broken under the boot of earth’s new alien overlords. The now underground organisation wages a guerrilla war against the capitulated human regime, and its extra-terrestrial masters, intent on uncovering the dark truth that lies behind their promises of prosperity.

It’s basically the Half Life 2 of XCOM, and there are actually a ridiculous number of parallels, whether it’s returning to the anti-alien organisation years later, the speaker (who acts as the aliens’ voice in much the same way as Dr. Breen) or the indoctrinated and mutated humans you fight. Not that I’m complaining, mind you. If you’re going to have a lot in common with another game, you could do a lot worse than Half Life 2. 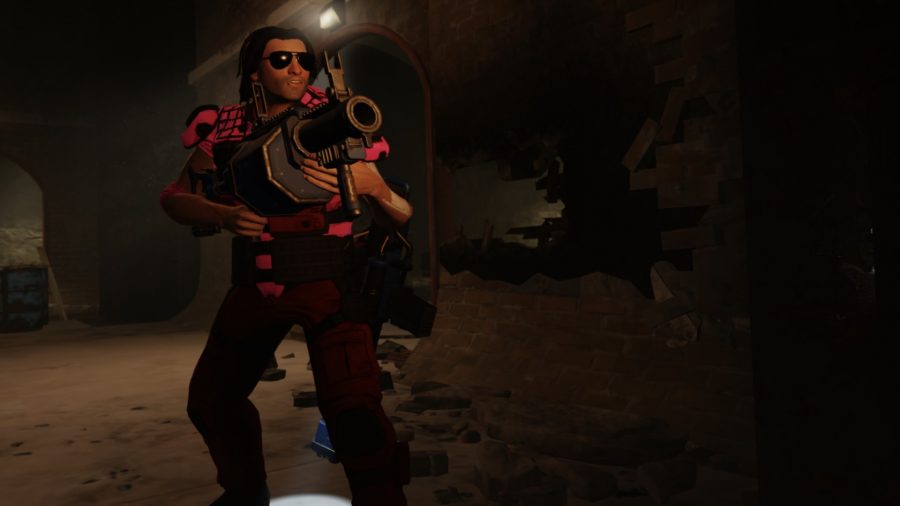 But most significant among these comparisons is your role as the nameless and voiceless ‘commander’. The opening sequence sees the guerrilla fighters save you from an alien gene clinic, where you’ve been held in suspended animation for 20 years. After this rude awakening you’re told that you need to reconnect the disparate and fragmented human resistance cells all over the globe, and take to the fight to the alien overlords. No pressure!

XCOM 2 is a careful dance of defence and aggression, using the classic tactics formula of cover, overwatch, and flanking.

The way you actually do this is by completing missions which play out in turn-based tactical gameplay. You choose your squad, and enter enemy territory in concealment, undertaking all kinds of insurgency: from theft, to sabotage, to assassination. And, as you’d expect from a team of four people going up against alien enforcers, the body count gets quite high. Not overly surprising from a game that kills one of your characters within the first few minutes of play. 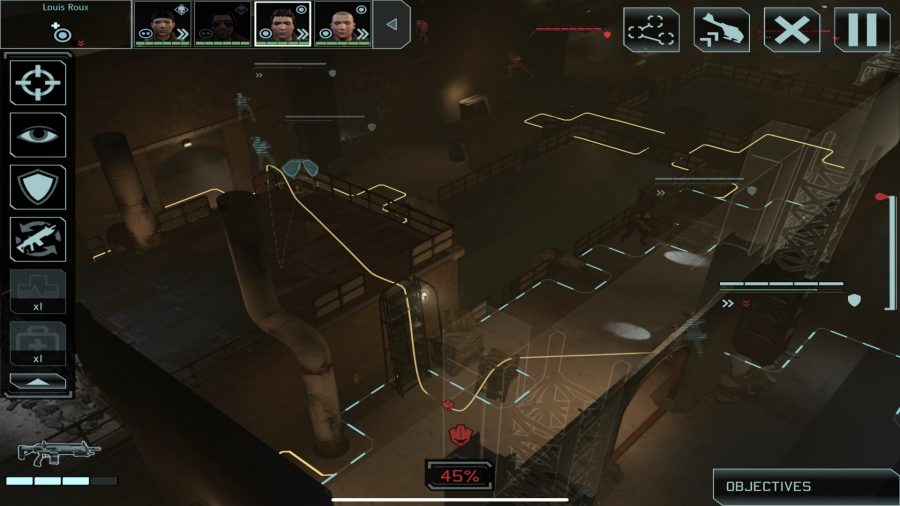 XCOM 2 is undoubtedly an over-the-top game, but my favourite aspect of this is the cheesy captioned portraits that you can take of your soldiers to memorialise them, or celebrate their bonds with each other. It's basically Starship Troopers-esque propaganda, with them posing against a patriotic backdrop.

But this is a key aspect of XCOM 2. It wants you to grow attached to characters, to upgrade them, and think they’re invincible, before it pulls the rug out from under you with their sudden and violent death. In XCOM 2 you are fighting against the odds, and it frequently reminds you of that fact whenever you put a foot wrong. Leave a flank open? You’re going to suffer. Sacrifice cover for an attack? It’ll hurt. As such, XCOM 2 is a careful dance of defence and aggression, using the classic tactics formula of cover, overwatch, and flanking.

But where XCOM 2 really livens up the formula is with your classes and the aliens you face. You can get soldiers who use melee weapons, sniper rifles, heavy weapons, or even control drones. On the alien side, they have units who can possess your troops, raise enemies from the dead, launch explosions, regenerate health, and many other superpowers. The ways that these two sets of classes and abilities interact is what really makes XCOM 2 special. 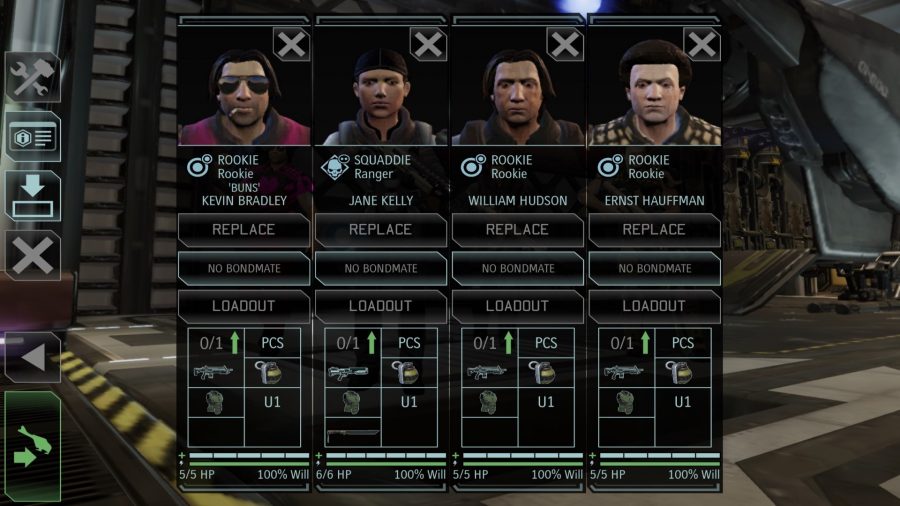 I was also pleasantly surprised by how well the game plays on iPad, being fairly certain that a complicated tactical game would necessitate a nightmarish UI. But Feral has done a good job of adapting the control scheme for tablets, and everything feels self-explanatory. The only two slight frustrations are the dual level view that you have to switch between if you want to climb to a different floor, and that you actually have to double tap quite hard to move your soldiers, which on a couple of occasions meant I mistapped and moved them to the wrong square.

I’m also not sure I can advise prolonged gaming sessions, as my iPad Pro was getting pretty hot after a couple of hours. Other than that, the game plays very well, and I had no trouble navigating the UI and performing commands. The only other complaint is the autosave feature, which doesn’t save when you complete a mission and return to base. But this is a hangover from the original. Considering you’re likely to screw up a lot, and there’s no quick way to restart a mission, you’ll want to save manually at key moments. 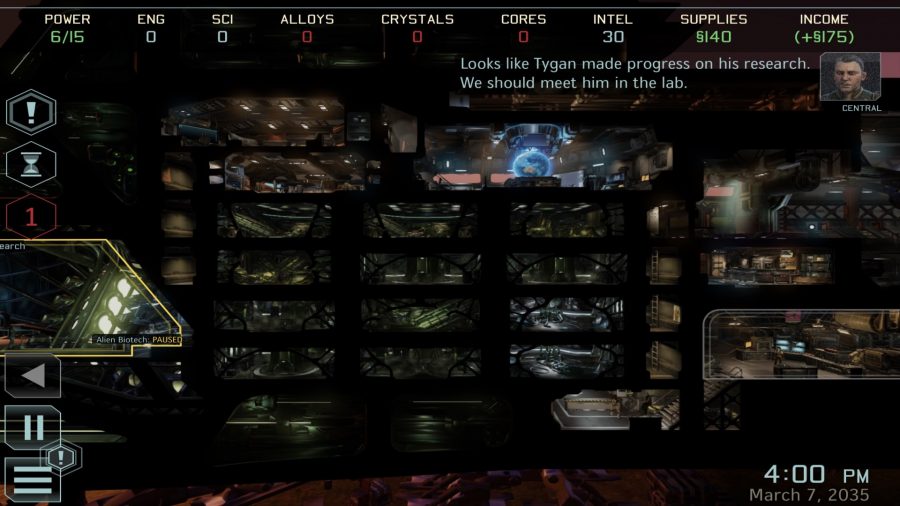 I was also really impressed by XCOM 2’s other elements, such as its base-building (which I’m pretty sure inspired Fallout Shelter), and the way it brilliantly intersperses narrative cutscenes with missions. The game has a great sense of pacing, as you complete a fiery, haphazard operation, and return to check in on your crew, do some research, and promote your troops. It’s the most well-rounded tactics game I’ve played.

But word of warning: XCOM 2 is hard. It might be something that frustrates many new players coming to the series, but from what I’ve seen, difficulty is part of XCOM’s DNA, in the same way that character deaths and failure are part of Darkest Dungeon. I do think it fits the narrative, though. Frequently, enemies will make shots that you couldn’t, or will kick your ass with OP superpowers, and it hammers home the point that you are fighting a war of insurgency against advanced extra-terrestrial enemies. 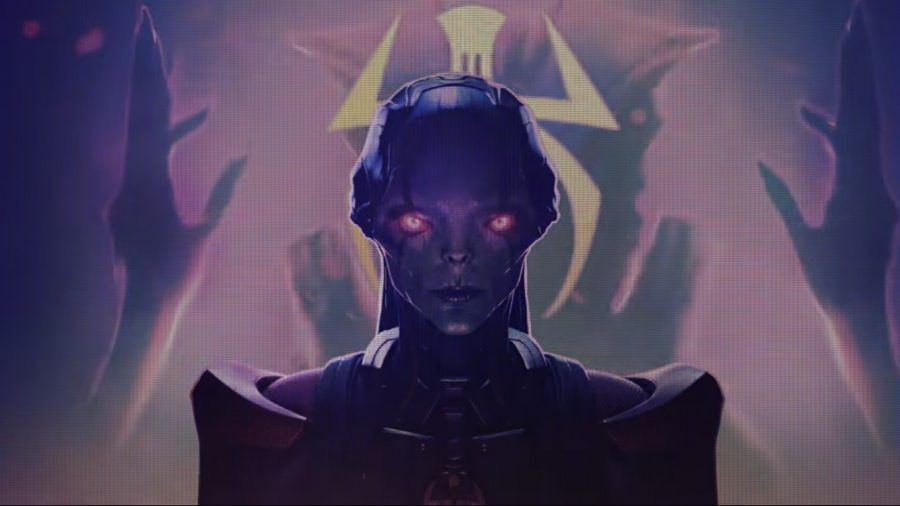 Can there really be an easy victory against such a foe? I think the RNG of the elements that lead to your failure (like an enemy managing to easily land a shot you completely failed) can be frustrating, so it’s definitely worth considering if you want to try out XCOM 2 for the first time. But all in all I think the XCOM 2 Collection is a great iOS port, and a wonderful way to experience the series for the first time.

If you want to download the XCOM 2 Collection for yourself, you can buy it on the App Store from November 5.

Though difficulty may frustrate and dissuade some players, the XCOM 2 Collection on iOS is still a great introduction to what makes the series special