The original Legend of Zelda game is reaching its 35th anniversary today, and wow – what a legacy it has built! During this year’s Nintendo Direct E3 stream, they announced a celebratory special item to mark the occasion – a Game & Watch!

Reflect back fondly on the early days of the legendary RPG with this nifty new gadget! Though no new campaigns or other Switch games have been planned, this awesome little call back is a special, colour screen handheld system containing the classics. It features the original Legend of Zelda – the first game in the series, as well as Zelda 2: Adventures of Link, the Gameboy version of The Legend of Zelda: Link’s Awakening, and a special Game & Watch version of Vermin, starring Link as the playable character.

That’s right, this Game & Watch contains four whole games, including three longer Zelda games as well as the pick up and play game Vermin! Additionally, the Game & Watch also has a playable watch function with a clock face based on the Legend of Zelda, as well as an interactive timer themed after Zelda II: The Adventure of Link. These awesome features allow you to take control of Link in all of his classic glory, while still displaying the time!

Check out the Nintendo Direct announcement for Game & Watch: Legend of Zelda Anniversary Edition below! 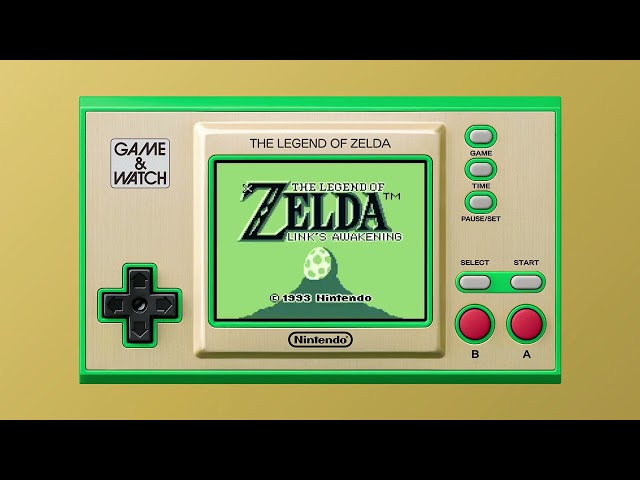 The Game & Watch system is set to release November 12, 2021, and will allow you to play your favourite classic Zelda titles whenever and wherever you like. Keep an eye out on the Nintendo store for its release, as it’s sure to sell out fast!