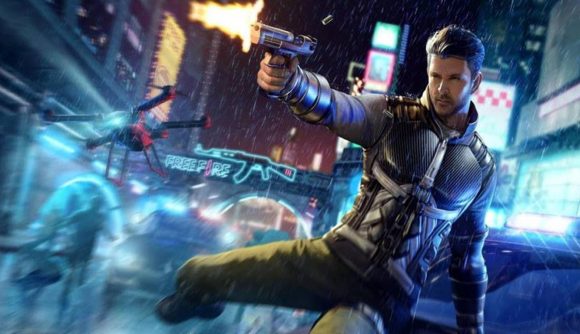 Garena, the Singapore based publisher of Free Fire, has unveiled its first Indian playable character based on Bollywood actor Hrithik Roshan. The new character, Jai, also sees the introduction of an exciting new campaign called ‘be the hero’.

This new addition to Free Fire comes after the Indian ministry of information and technology decided to ban over a hundred mobile games and applications, including PUBG Mobile and PUBG Mobile Lite. It is well known that PUBG Mobile has a huge fan base in India, with over 175 million downloads since the game’s launch. Indian PUBG players have been aware of an incoming ban since as early as last year and began looking for battle royale alternatives. Interestingly, Free Fire’s popularity has grown over 880% in India since September 2019, significantly more than PUBG’s growth of 261% over the same period.

Garena is also not under scrutiny from the Indian Government as the ban has only affected Chinese-based mobile applications so far. This new character could be Garena’s opportunity to draw in more players following the widescale ban.

The character collaboration with Hrithik Roshan isn’t Garena’s first either. Alok was another character introduction based upon the popular Brazilian DJ of the same name. Free Fire also recently ran a collaboration the with Netflix series, Money Heist, adding a game mode and a bunch of new outfits.

If you’re unsure about giving Garena Free Fire a go then check out the new character trailer above. We also have a list of great battle royale games, for anyone affected by the PUBG Mobile India ban.