Alien Isolation first burst onto the scene in late 2014, taking players on a terrifying journey aboard Sevastopol station. As the name indicates, it takes place in Ridley Scott’s Alien universe, meaning you’re hunted by one of the meanest apex predators I’ve ever had the displeasure of running from.

For so long, Alien Isolation was only available on PlayStation 4, Xbox One, and PC, but that changed when the game came to Nintendo Switch in 2019, but that didn’t help all of you who wanted to see the game come to mobile. Well, Feral Interactive heard our cries, and has brought the survival horror gem to mobile devices.

I played Alien Isolation when it first came out, and I always loved the narrative. I believed it was a well thought out story, I grew to care about the protagonist, and I certainly felt the terror of running around a huge space station that has a xenomorph roaming the halls and vents.

The game puts you in the shoes of Amanda Ripley, the daughter of Ellen Ripley, the main protagonist of the original Alien film series. The events of Alien Isolation take place 15 years after the first movie, though it’s set a good 40 years before the events of Aliens. Amanda longs to know what happened to her mother, and when the flight recorder of the Nostromo is located, she doesn’t hesitate to head to its location, Sevastopol. 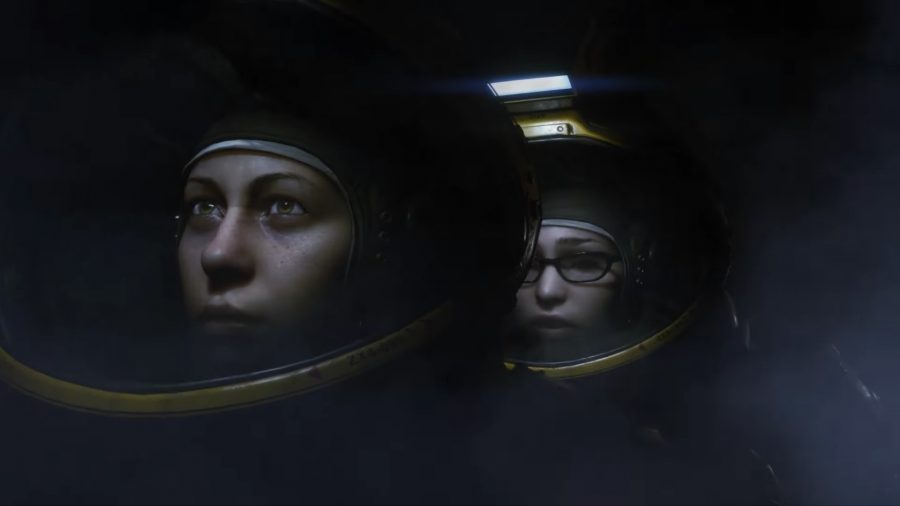 As soon as you set foot aboard the space station, it’s obvious that something’s not quite right. Nonetheless, you make your way through, bumping into some rather hostile humans along the way. Yes, despite everyone knowing that an alien is running around, they still insist on not only shooting you, but each other as well. You just can’t teach that kind of stupid.

Anyway, soon enough, the xenomorph makes its presence known to you, and now you’re in a game of cat and mouse for the rest of the game. You have very little breathing room, and there are few chapters where the alien doesn’t feature. Even when you do get a break from the big bad, you still have humans and androids to deal with. There’s no denying it. I was constantly on edge, as I always am, anytime I revisit Sevastopol.

There are very few hiccups to speak of, and graphically speaking, it’s beautiful

Alien Isolation has a thick atmosphere, there’s a constant sense of dread, and the fact that you can’t always fight back – especially against the xenomorph – has your heart pumping. Yes, there are a number of tools to help you, but resource management in this game is crucial to your survival. I’ve always liked this feature. It’s one of my favourite mechanics in the survival horror genre. Getting out with your life should require some management. Though if you’re just after the story here, easy mode sets the alien on a direct path, so do consider it if you’re only here for the narrative.

So, the main question here is, how well does Alien Isolation run on mobile devices? The short answer is quite well. Honestly, I’m surprised how well the game runs. There are very few hiccups to speak of, and graphically speaking, it’s beautiful. I even marvel at how good the xenomorph looks, my one solace in death, I guess. 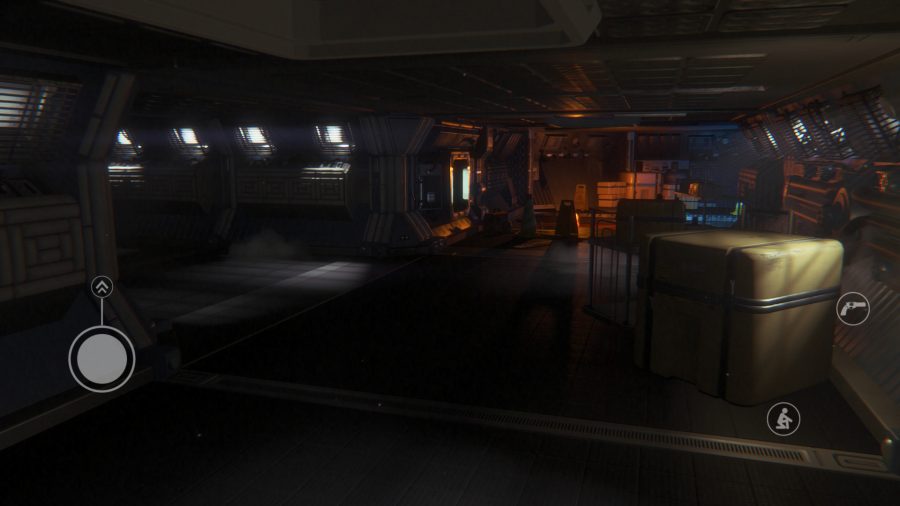 I should note that I played Alien Isolation on a fully updated iPad Pro 2021 model, so I had the best possible mobile tech to run the game. However, the majority of phones can run the game, so long as you have an iPhone no older than the iPhone 7 Plus. If you’re a Samsung user, your smartphone needs to be at least a Galaxy S10.

As for the touch controls, it feels a little awkward to turn the camera, to begin with, and that comes down to there being no analogue stick on the right side of the screen. Instead, you must turn the camera around by moving your thumb in the desired direction, which feels a little clunky. However, with some practice, I got used to this system. Good thing, too, because trying to stay aware of what’s around me was annoying in the early going. Besides some hiccups with the camera, the rest of the controls serve the game well. If you do struggle with the controls, there are different schemes you can try.

All in all, I’d say this is a solid port of a survival horror game that deserves more credit than it got years ago. The fact there’s no sequel still saddens me, but now there’s yet another port, I’m full of joy, and despite some camera issues, it’s a tense ride that any survival horror, or Alien, fan will enjoy.

Alien Isolation runs surprisingly well on mobile devices, and is sure to scratch that itch survival horror fans feel.