While not true for all, many mobile games fall squarely within the tower defense, MOBA, or pay-to-win genres. It’s rare that you find a turn-based RPG that’s actually an exciting, quality experience that feels as though it could have made a home on PC or consoles, save for the errant port (we’ve actually rounded up the best the small screen has to offer with our best mobile RPGs list).

But that’s exactly what I found with Battle Chasers: Nightwar. It’s a turn-based RPG with modern and retro elements that manages to dazzle, despite the usual trappings of mobile gaming. If you’re looking for a sprawling mobile adventure that feels like jumping into a classic game of yesteryear, you’ll find it here.

Nightwar sets the stage immediately with a gorgeously-animated cinematic scene that kicks things off right with western comic artwork and fantastic voice acting. The narrative follows a young girl named Gully who’s searching for her father, along with the help of a war golem named Calibretto.

Along the way, the pair rendezvous with swordsman Garrison, rogue Red Monika, and mage Knolan as their paths cross with a group of enemies led by the sorceress Destra, who wants to take all the land’s mana for herself. What begins as a modest journey throughout the landscape to find Gully’s father after their airship crashes turns into a much deeper story as you traverse the landscape.

From the first few moments of the game, it’s clear that plenty of work went into making it lush and believable. The Western fantasy-inspired landscape is rife with locations to explore in the background and foreground, but even more dazzling are the characters themselves. They’re surprisingly detailed and move fluidly, with a level of detail I simply didn’t expect to be translated for the mobile version of the game, which originally landed on consoles and PC.

From your characters’ portraits to their sprites, they exude personality and uniqueness, and you feel as though you’re on the precipice of something epic as each new character is introduced.

The game plays out much like you’d expect a turn-based RPG would. As you make your way through the story, you’ll explore a hub-like over-world that has clearly-marked points of interest to investigate. It’s a much more streamlined method of pushing players to their next objective, with icons representing houses to enter, monsters to fight, and dungeons to explore. You use an on-screen control pad to navigate, which doesn’t feel terrible for once, or you can tap where you want to go along the path before you.

You tap on icons to interact with them, such as an exclamation point to investigate a new location, and if you happen upon a monster icon in your way, it’ll be time to fight. Combat is where the game truly shines, and it’s a good thing – there’s plenty of grinding to be mindful of when getting started, with each character receiving their own level and skill tree to fill out. You get three in your party at a time, and you must have them all participate in battle if you want to earn experience. This means grinding is usually necessary if you don’t want an unbalanced team.

Between combat options and regular gameplay, there's a lot to keep track of, which keeps you on your toes

With that said, as you explore dungeons and make your way throughout the game, you’ll have to fight plenty of monsters. It looks familiar at a glance, but features some intriguing permutations that make it different from the rest. You take turns, with your party represented as well as your enemies via the timeline at the top right of the screen. This way you can always see who’s up next. You take turns slinging attacks or using defensive maneuvers as you build up Overcharge.

Overcharge is accumulated as you use certain attacks (mana-less options), which is added to your mana gauge. This means Overcharged characters get plenty of mana to use. So you charge up your gauge, and your characters can then use powerful attacks. It’s pretty cool stuff, especially if you’re into annihilating your enemies without trying too hard. 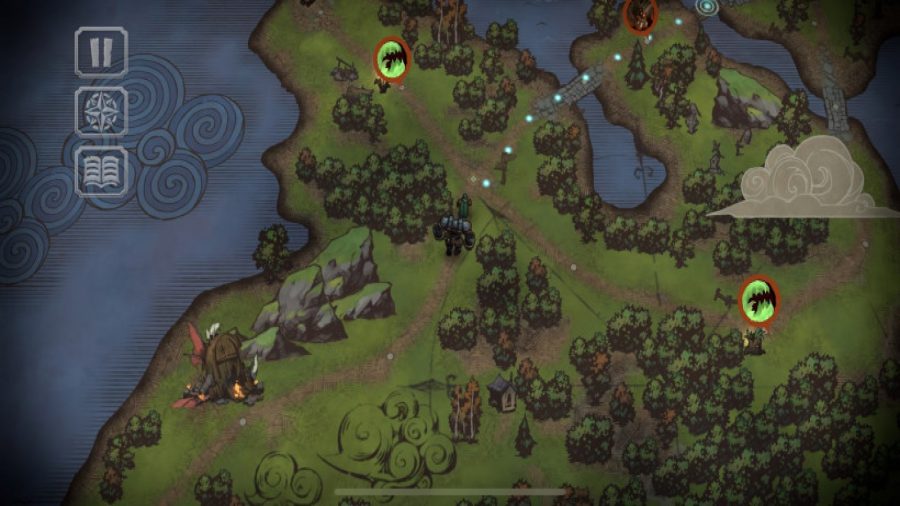 There’s also Burst, which builds up slowly as you take turns. Your party shares the resource, and it can reach three charge levels. When at a high enough level, any character can use it to rip a powerful ability free, even if they’re low on mana. They’re cinematic, powerful attacks that you’ll love to watch, and they’ll do a devastating amount of damage to your enemies. There’s a lot of strategy involved when it comes to figuring out when’s best to use Overcharge and when you should actually let a Burst fly. Between combat options and regular gameplay, there’s a lot to keep track of, which keeps you on your toes.

An excellent traversal system, gorgeous artwork, music, and voice acting as well as a nuanced combat system make for an exciting cocktail in Battle Chasers: Nightwar, but one thing I did observe was that the game sometimes didn’t seem to respond to input as readily as I wanted it to. Sometimes, I’d have to tap on a target a few times to get it to do anything. I know it’s not my responsive iPhone X screen, as I have no other issues elsewhere, and is localized to the game. Not a huge deal, but frustrating nevertheless. 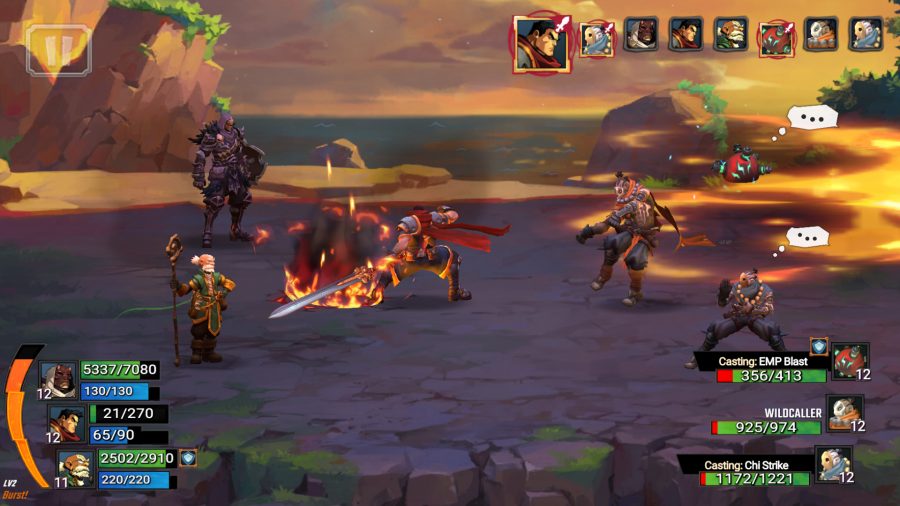 In a world where mobile games are often treated as second fiddle to their more explosive, bombastic console and PC cousins, it was refreshing to see so much loving attention heaped upon the mobile version of an obviously successful and interesting RPG. I wasn’t sure what to expect from the mobile version, but found that it was just as pleasing as the original game, but even more so since I can take it with me anywhere I go. It’s also a game you pay for once, meaning you don’t have to continue blowing cash on it after your initial purchase.

Whether you’re an RPG buff looking for your next fix or you want a fun, exciting mobile story-based game to sink some time into, Battle Chasers: Nightwar is a fantastic option. You won’t be disappointed.

A familiar yet modern riff on turn-based action RPGs that feels just as fresh and exciting on mobile devices as it did on consoles and PC.

Brittany has covered videogames and tech for over a decade at a variety of publications. She's also appeared as a speaker at conventions like PAX East and has coordinated social media for companies like CNET.