From FRIENDS to Harry Potter, LEGO’s brick-based collaborations are expanding all the time – and the gaming world is no exception, with a slew of recent LEGO gaming sets creating some very excited fans. Players both young and old can now recreate their favourite virtual environments from the world’s favourite Danish plastic bricks. .

At this point in time, LEGO has worked with a handful of gaming brands. You’ll find a wide range of Super Mario sets and it’ll be interesting to see which other Nintendo series receive LEGO tie-ins in future. Likewise, Minecraft has been well served by LEGO, with a large number of sets based on the game. You can also find LEGO sets based on Sonic the Hedgehog and Horizon Forbidden West.

To make it easier for you to kick off your LEGO gaming set collection, we’ve created a list that narrows it down to the eight best gaming tie-ins that LEGO has currently released. Whether you’re shopping for yourself, or as a gift, you’ll find a set to suit almost any particular gaming passion.

The best LEGO gaming sets are: 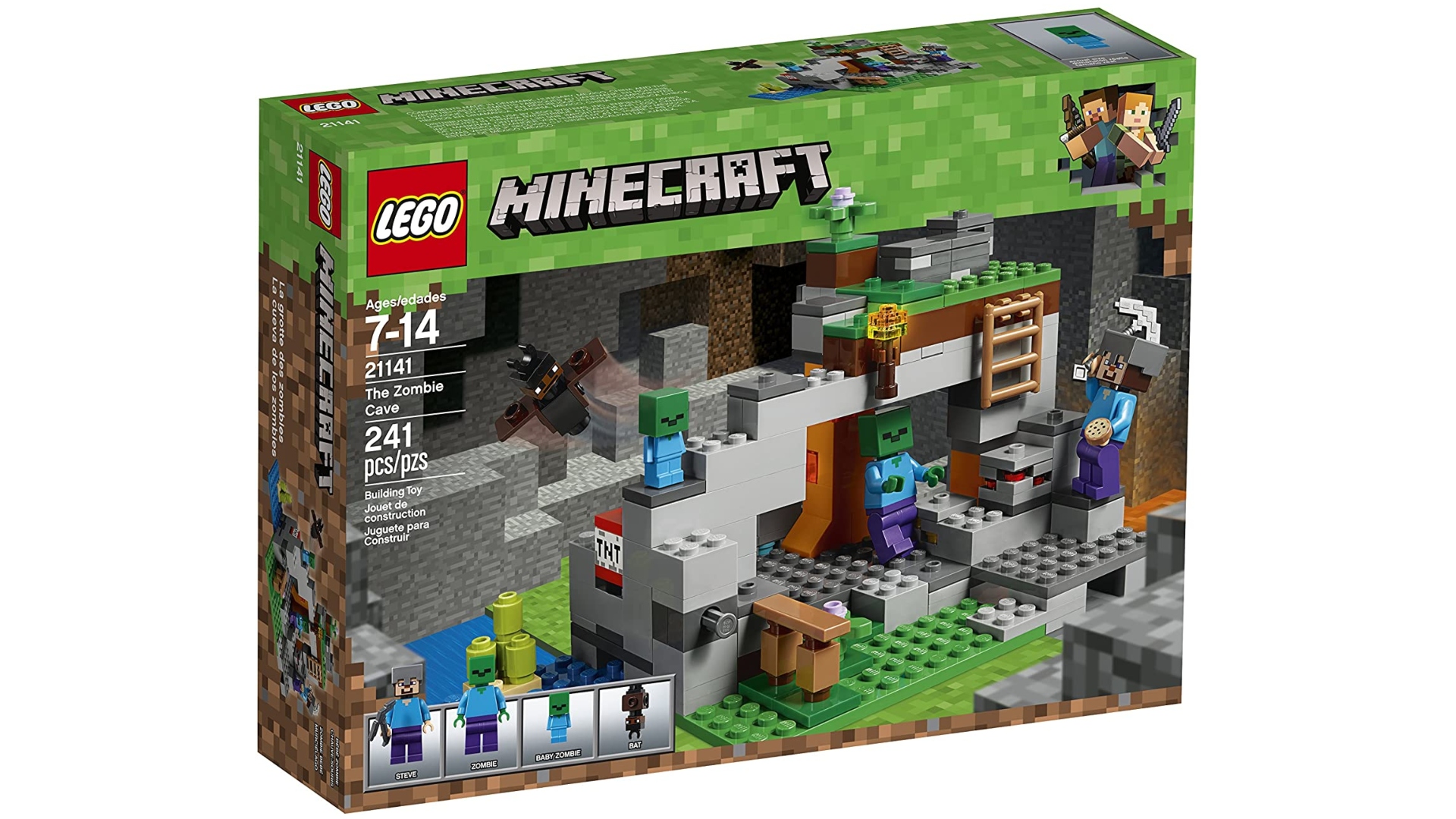 The experience of mining deep into the caves of the Minecraft world and encountering hordes of monsters is one that many of us know and love. Part of the excitement is not knowing what you’re going to find when you start digging. This set captures that wonderfully and gives you minifigures of Steve and a zombie, along with a bat and even a terrifying/irritating child zombie. 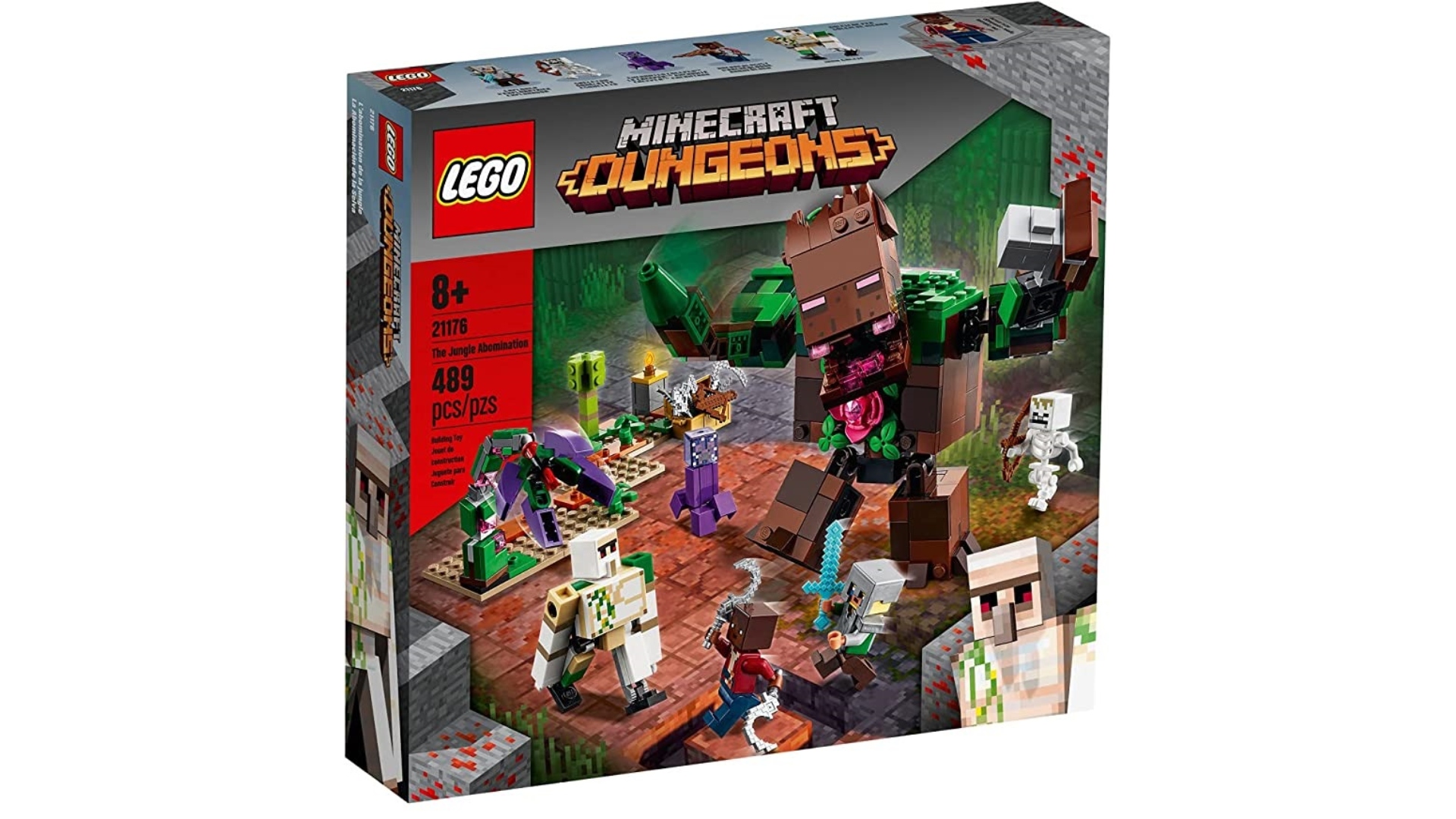 The popular spin-off, Minecraft Dungeons, has also received a line of LEGO sets and one of the coolest of these is The Jungle Abomination. Not only do you get a few floor tiles to build an Abomination Vine, but also minifigures of an enchanted Creeper, a skeleton archer, an archaeologist character, an explorer character, and an iron golem. The centrepiece of all this is then the Jungle Abomination itself – once constructed, it’s a figure that towers over the others and is fully articulate. 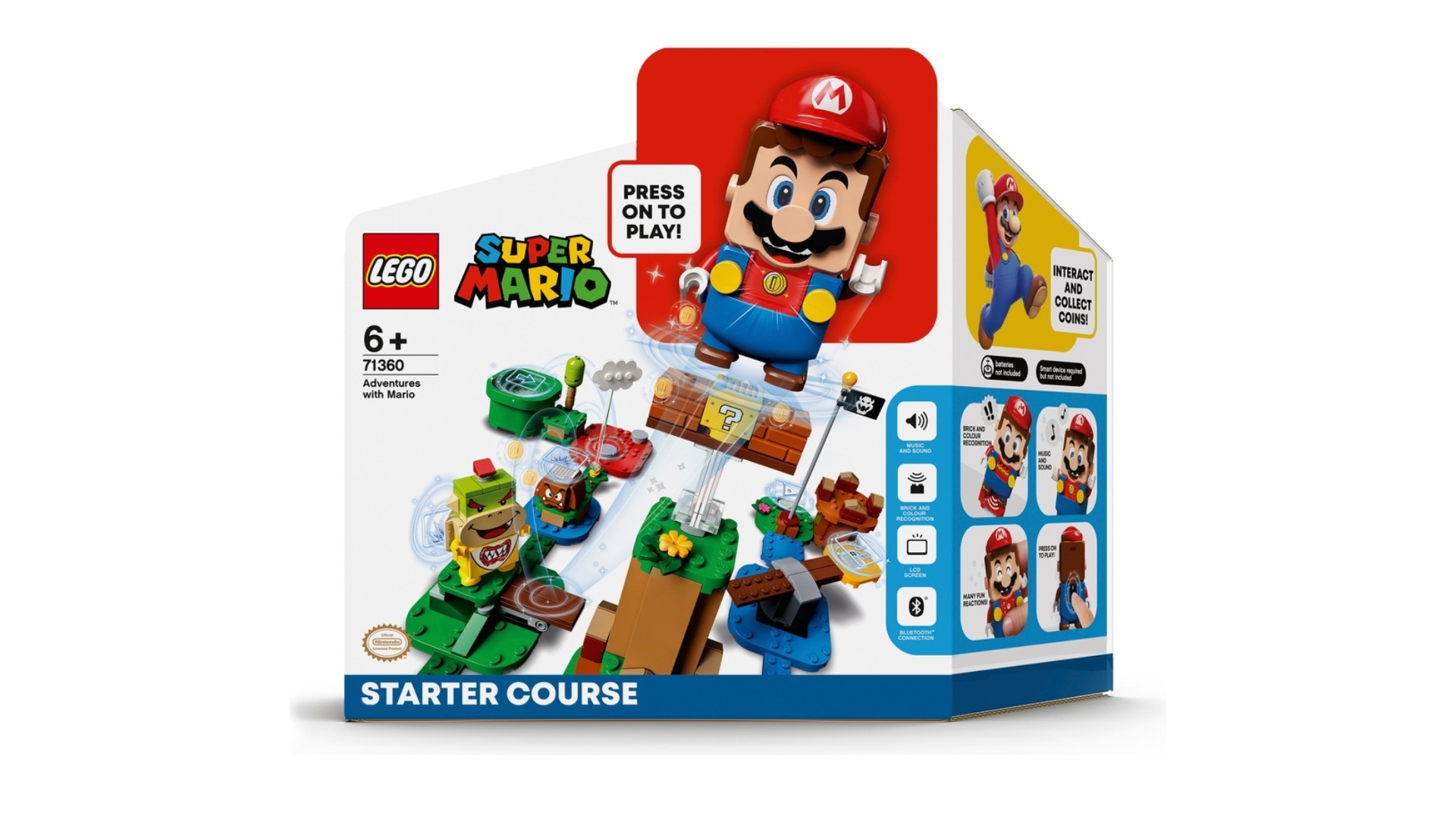 What’s unique about the Super Mario LEGO sets is that the interactive Mario minifigure is designed to be used on different sets as if you were progressing through levels in the game. He makes noises, collects coins, and to get him you need to buy the Starter Course first. In addition to Mario himself, you also get Bowser Jr., a Goomba and a small level with flag poles, ? Blocks and all the other things you’d expect in a Mario platformer. 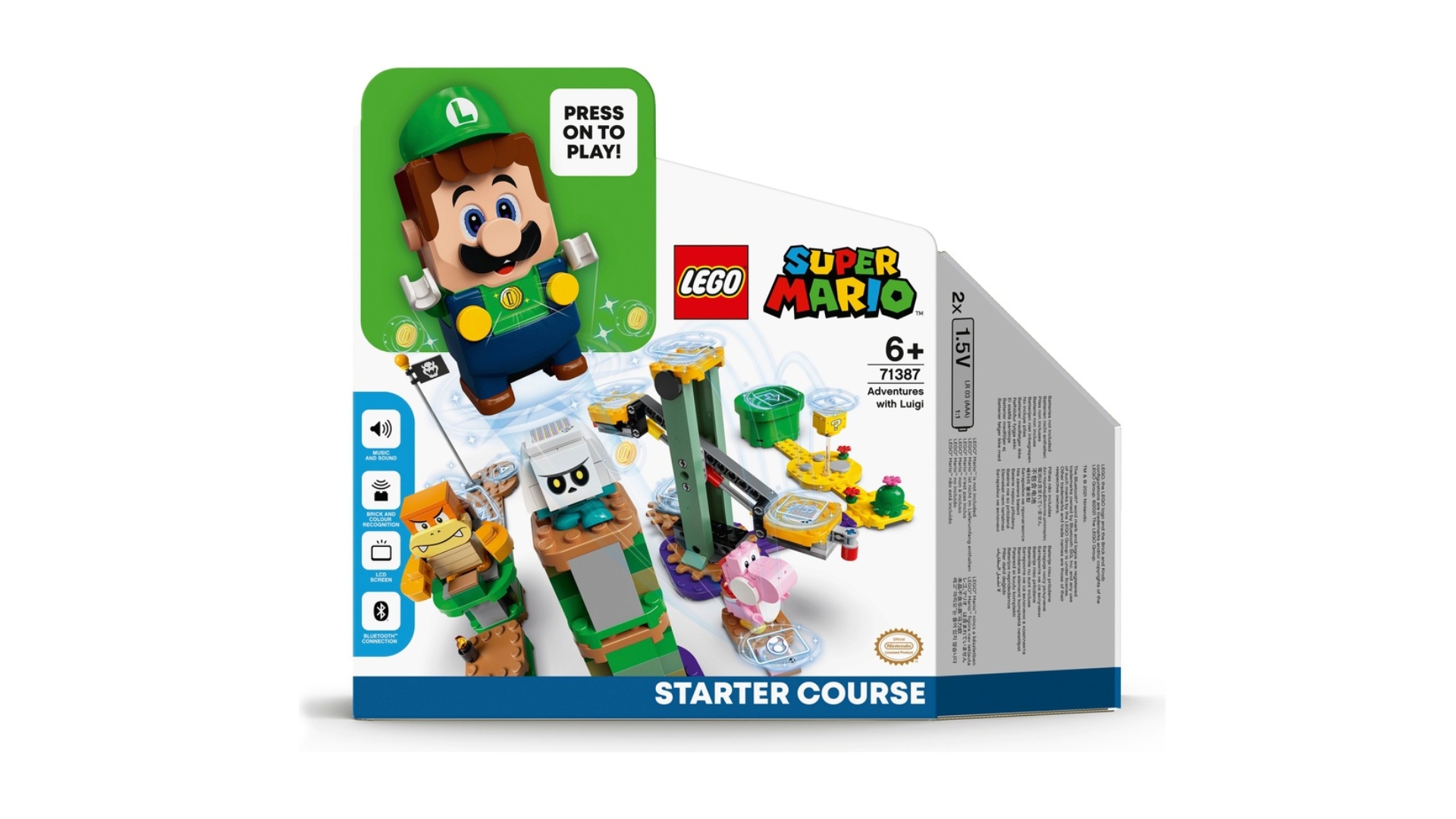 Hold it! If you want to step into the world of LEGO Super Mario, but you were always Player Two growing up, then you might prefer the Luigi starter set instead. We’re sure that many fans would rather have the ghost-busting, death-staring, green thunder himself, Luigi! His figure can do all the same things as the Mario one and he even comes with a different course, containing a Pink Yoshi, a Boom Boom and a Bone Goomba. 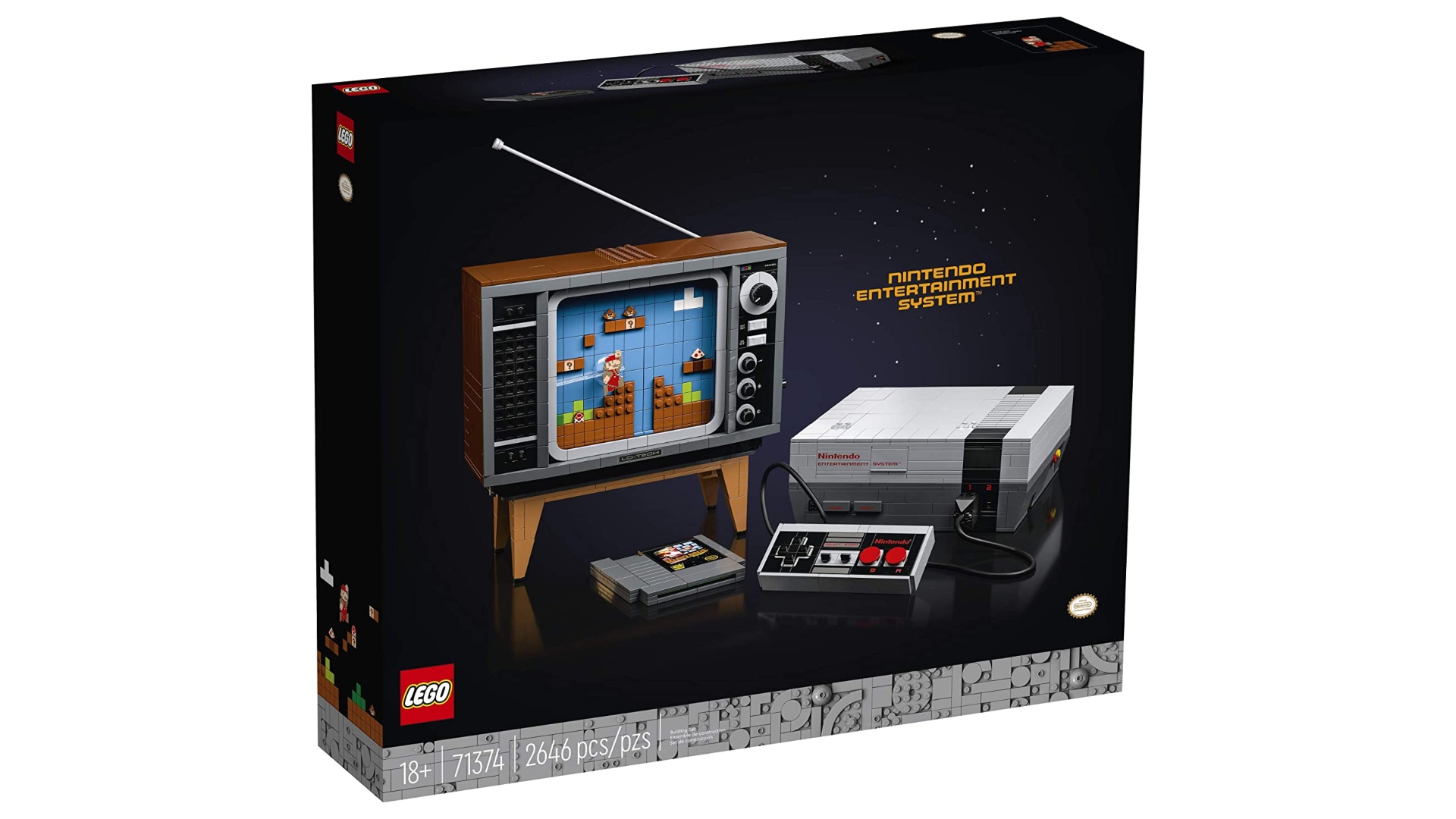 This is a particularly clever LEGO set. Here you build a NES, a NES controller, an original Super Mario Bros. game cartridge, and even an old fashioned television. The TV shows the game Super Mario Bros. and thanks to a special handle, you can even make the game levels scroll as if it were actually running the game. 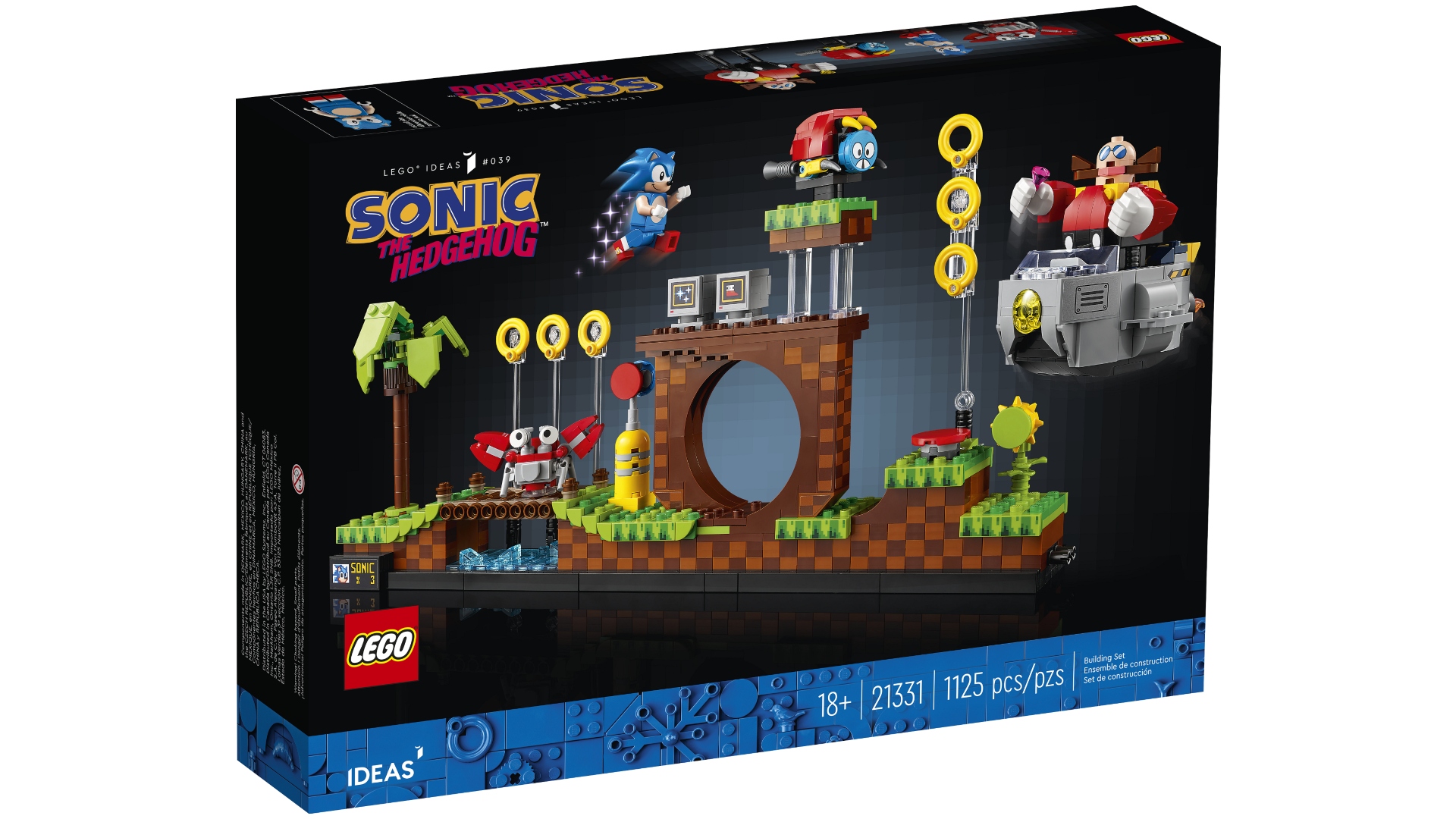 Over the years, the Sonic the Hedgehog series has been reimagined in countless ways, but something that always seems to come back in some form or another is Green Hill Zone. It’s safe to say that this is the most iconic location Sonic has ever visited. In this awesome recreation you get a LEGO Sonic minifigure, along with Dr. Ivo ‘Eggman’ Robotnik in his Egg Mobile, Crabmeat and Moto Bug. 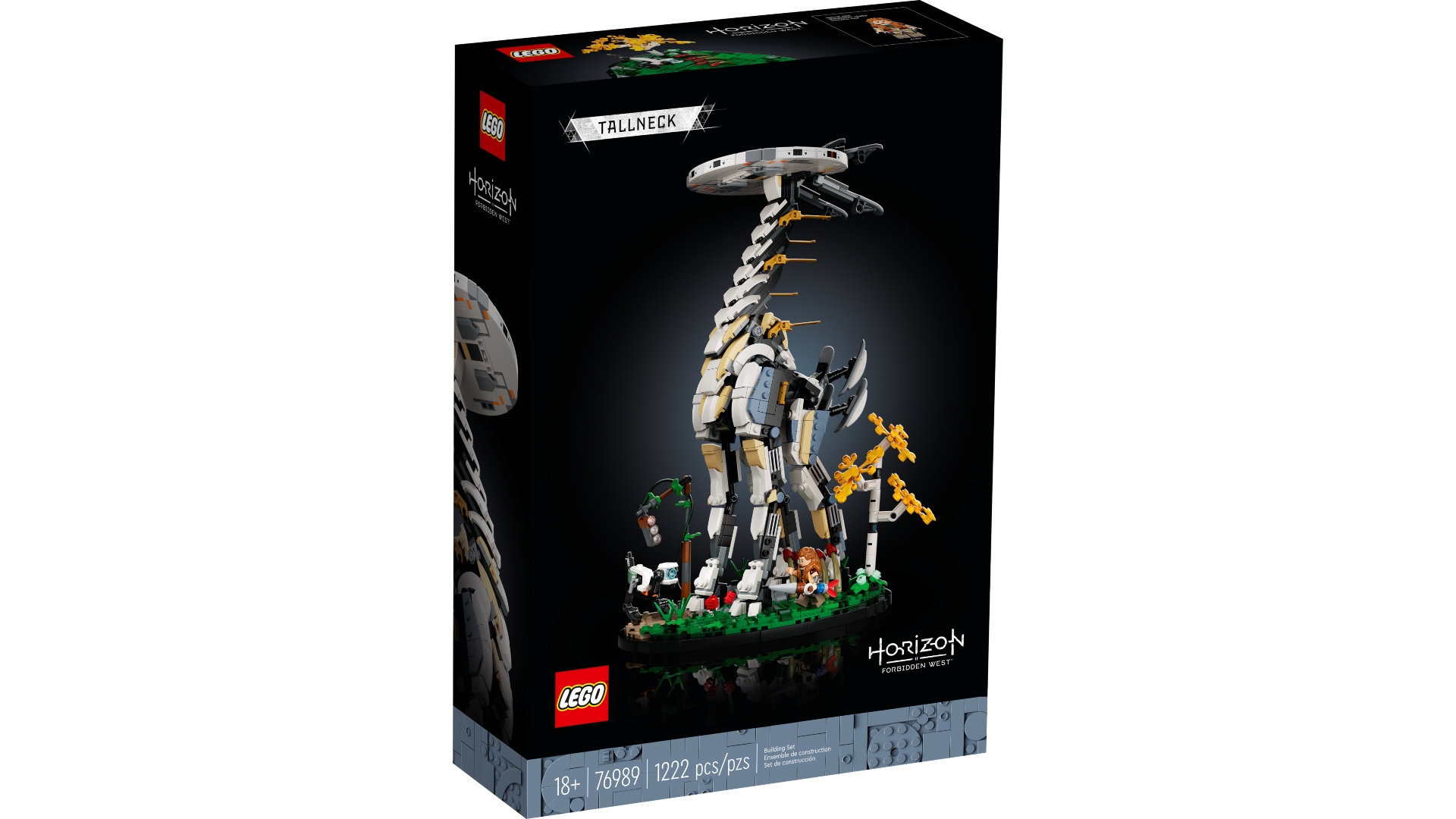 Soon to be released to coincide with the latest instalment in the Horizon Zero Dawn series, this intricate set gives you a chance to build your own Tallneck figure – and it’s a big one! In Horizon Zero Dawn, when Aloy was able to climb to the top of a Tallneck, she’d unlock the map for that area. This comes with a patch of wilderness scenery for the Tallneck to stand on and even includes a little LEGO Aloy minifigure to go with it. This set releases on May 1. 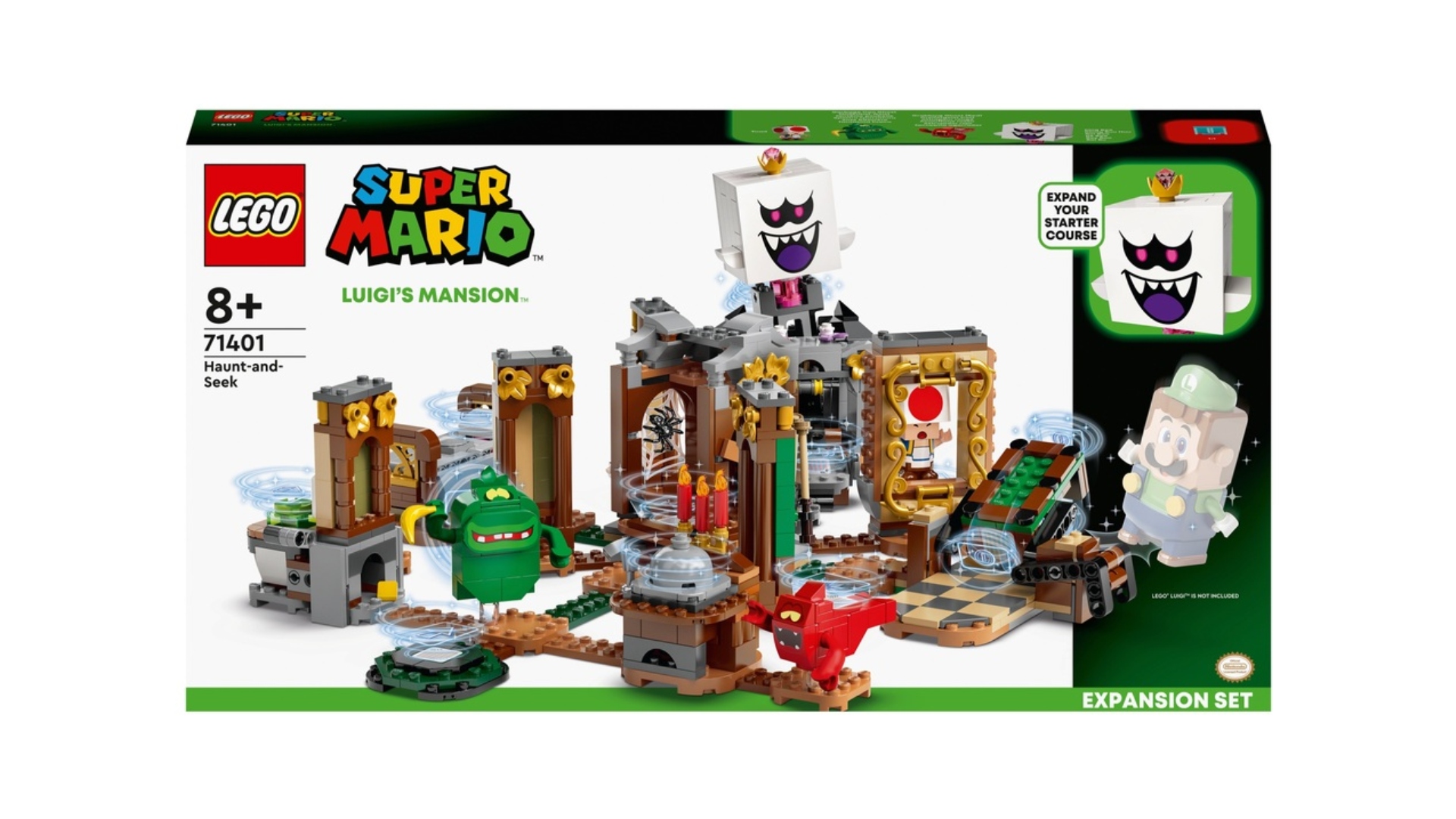 It’s not just the main Super Mario series that has LEGO sets. LEGO has now released a selection of Luigi’s Mansion sets and this one gives you a miniature version of the titular mansion’s interior. Though you’d need to buy the Luigi Starter Course if you wanted a Luigi figure, this one does come with Toad, King Boo, a Grabber Ghost and a Garbage Can Ghost.

So those are eight of the best LEGO gaming sets. We’re looking forward to seeing what LEGO comes out with next. We think it’d be pretty cool to see LEGO Banjo-Kazooie, Pokémon or Zelda in future.

Check out our guides on Nintendo gifts and Mario gifts for an idea of some of the other video game tie-ins available out there.