Summer might be over but don’t despair, while the days are getting shorter, there’s still plenty of fantastic video games to play, with a fresh batch of piping hot new titles being delivered all month long this September. The Switch is being treated to some fantastic remasters, a smattering of intriguing indies, and the long-awaited return of a dormant Nintendo franchise.

Sonic returns in Sonic Colours Ultimate, a great-looking remaster of the Wii original. The gorgeous pixel art indie Eastward finally releases, bringing Zelda-like action to the platform. WarioWare: Get It Together! Finally brings back Mario’s greatest foe and his mini-game madness, but now you control the characters themselves, each with different abilities.

A couple of games finally make an appearance on Switch thanks to ports. Ni No Kuni 2 brings some anime-inspired RPG goodness, with this port including all the latest DLC for the title as well. Then Dragon Ball Z Kakarot retells the story of the famous anime series, but from a new perspective, with plenty of battles along the way. Now, let’s get onto the best Nintendo Switch games this September.

Hopefully you can find something you love this month, with our list of the very best Nintendo Switch games this September. 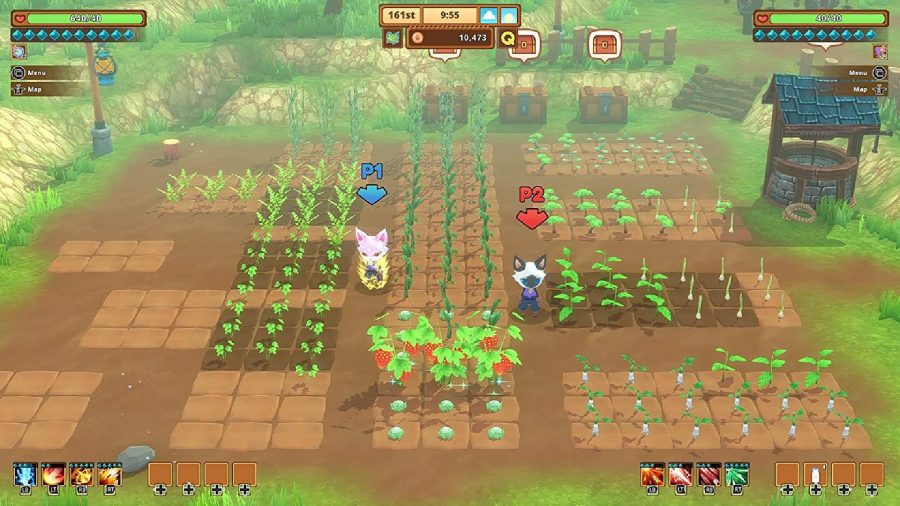 Explore the adorable world of Kitaria and make friends with the many animal characters, in the delightful action-adventure RPG Kitaria Fables. Blending action and crafting, this game offers hours of exploration and farming as you aim to both fight against the rising darkness, as well as tend to your farm and make useful items like potions. Fans of Stardew Valley or Rune Factory will likely find plenty to love in Paw Village, and hours of gameplay to keep you entertained. 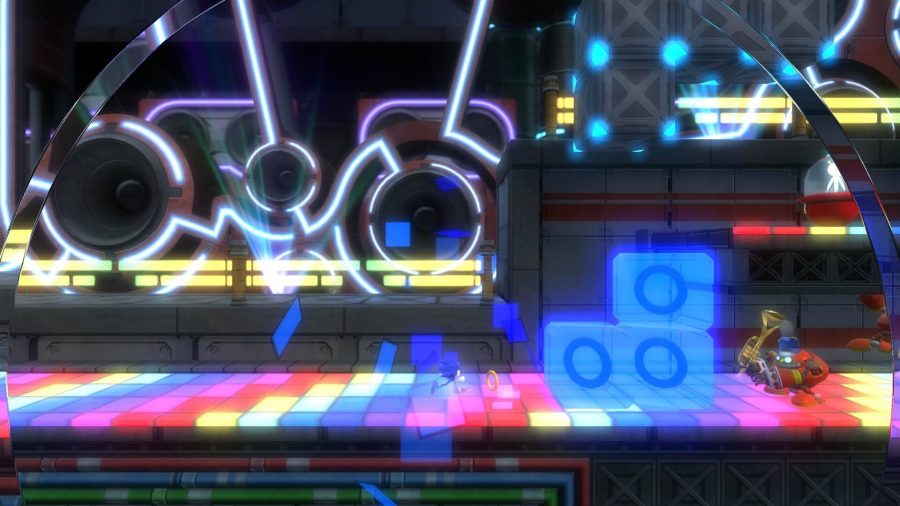 Sonic fans can rejoice as one of the best entries, and previously Wii exclusive, Sonic Colours, returns to modern consoles with a shiny remaster titled Sonic Colours Ultimate. Sonic must defeat Dr Robotnik in a space theme park, using the power of Wisps to attain amazing new abilities. This version adds significant visual upgrades, and also introduces new elements like cosmetics, including some based on the recent Sonic The Hedgehog movie. 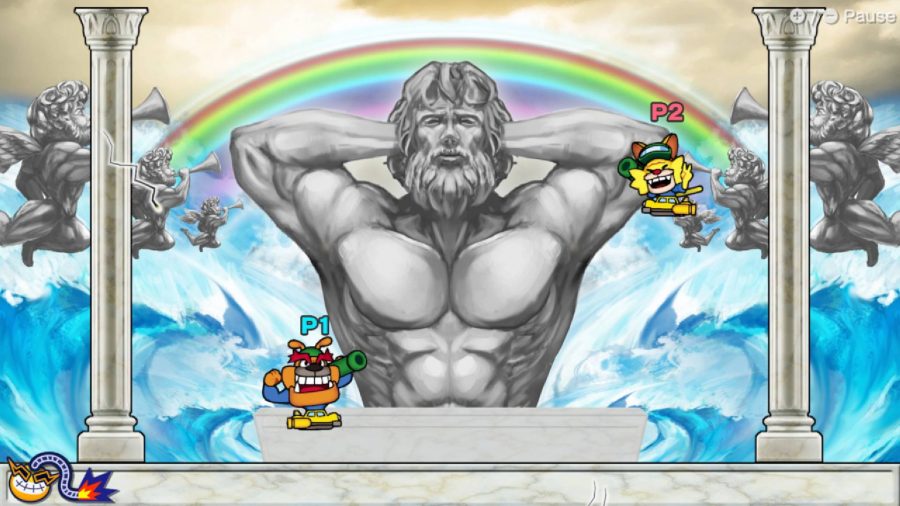 WarioWare: Get It Together! – September 10

After far too long, Wario is finally back on home consoles and just as disgusting as ever. WarioWare: Get It Together! Brings the minigame madness back, but this time you control Wario and his creepy cast of friends, each with different abilities to help you solve your problems. Each minigame can now be played in plenty of different ways, and there are even co-operative modes if you want to work together with your friends to yank armpit hairs and steal garlic. There’s even a demo available right now, so you can try a few of the minigames before over 200 are available in the full game later this month.

WarioWare: Get It Together! Standard – Switch [Digital Code] 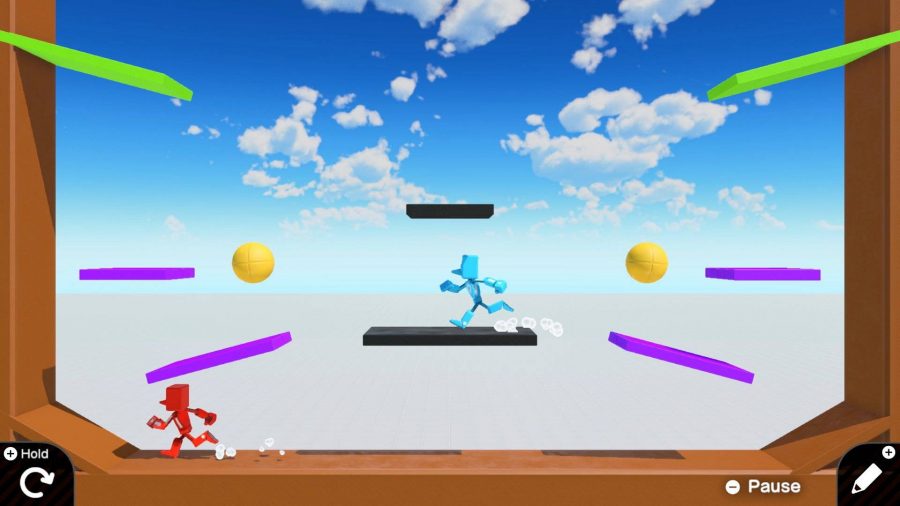 If you’ve already made all the Mario you can muster, it might be time to develop your skills further. Luckily for you, Nintendo released Game Builder Garage this year, a game focused on the basics of programming, that uses smart interactive lessons to teach anyone how to be a game developer. It was originally only a digital release in Europe, but it’s now getting a physical release in the region, so collectors can finally add it to their shelves. The game has only grown in popularity since its release, with thousands of fantastic games now available to play. 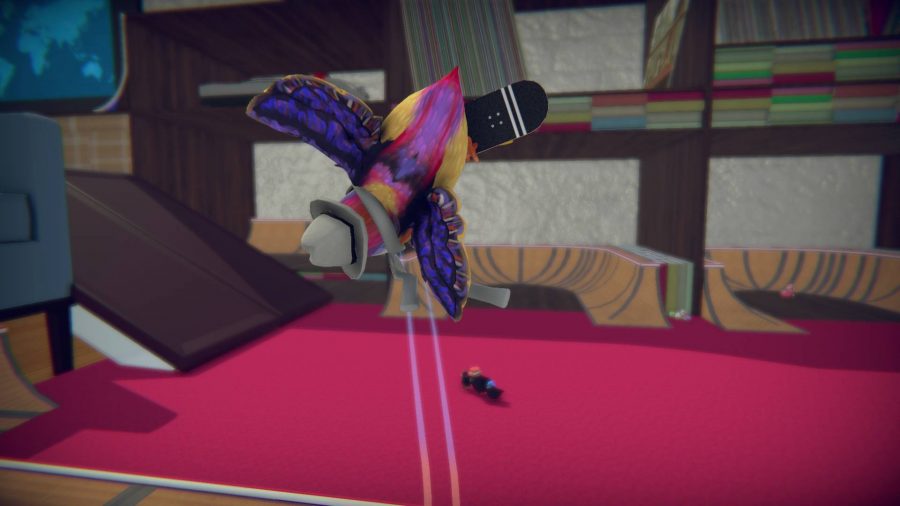 Here’s a game that does exactly what it says on the tin, the adorable indie game Skatebird features a flurry of feathered skateboarders that try their best to skate in miniature parks. You’ll be grinding on bendy straws, kick-flipping over staplers, and doing it all to an original, chill ‘bird-hop’ soundtrack. There are even outfits to unlock for your tiny avian avatar, so you can be the very beak of fashion while pulling off flips. 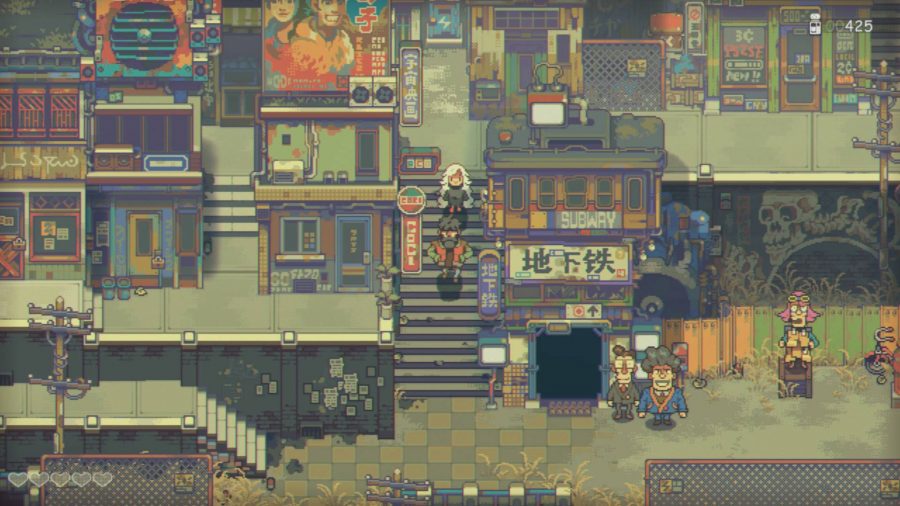 From the talented people at Chucklefish (Wargroove, Inmost, and Timespinner) comes a new pixelated adventure that looks like a cross between Earthbound and The Legend Of Zelda: A Link to the Past. You control two characters, John and Sam, as you solve environmental puzzles, jump onto a cross-country railway, and discover the amazing world of Eastward.
The game also features a quirky cast of characters, and bags of personality, while the soundtrack sounds absolutely out of this world. We can’t wait to head Eastward later this month. 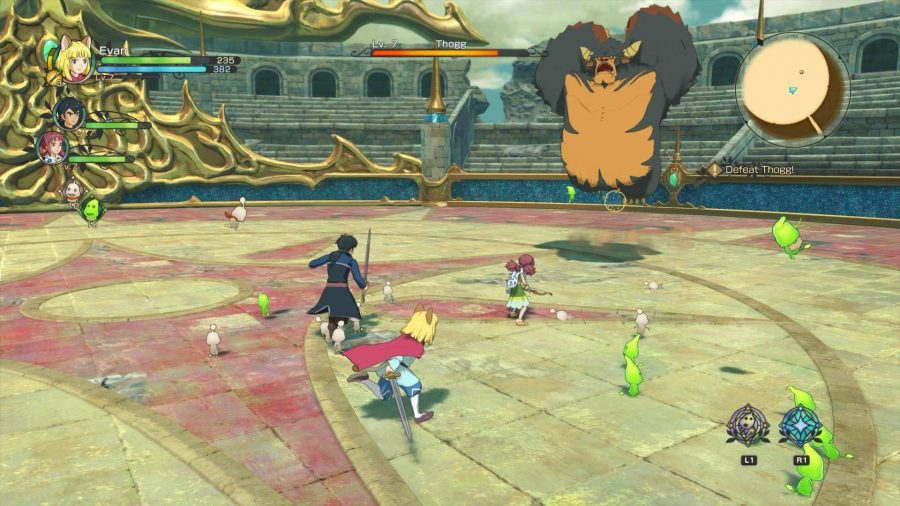 It’s a great month for anime fans, as Ni No Kuni 2 follows in the footsteps of its predecessor, working with staff previously from the acclaimed Studio Ghibli to create an RPG that looks like an animated movie brought to life. You play as Evan, a young king who must set out on a grand adventure to build a new kingdom. Much like the previous entry, you use magical abilities as attacks and will have a party of controllable characters and creatures at your command. This version also includes all the DLC and additional content previously available. 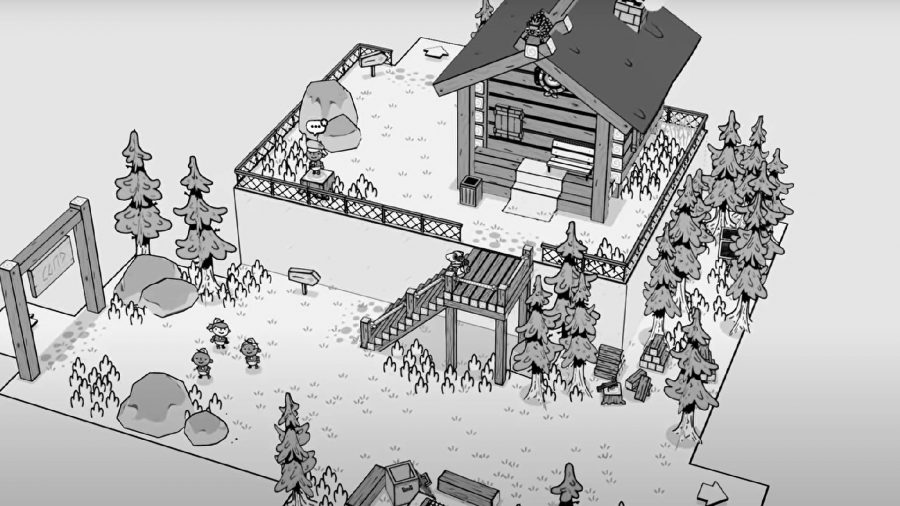 With a distinctive hand-drawn, black and white artstyle, TOEM certainly sets itself apart from the competition. You explore several islands, taking pictures of cute animals and many other things, as you use photos to solve puzzles and come to the aid of the many people you meet. The game also promises ‘chill beats’ and a relaxing atmosphere, so this could be a lovely game to unwind with. 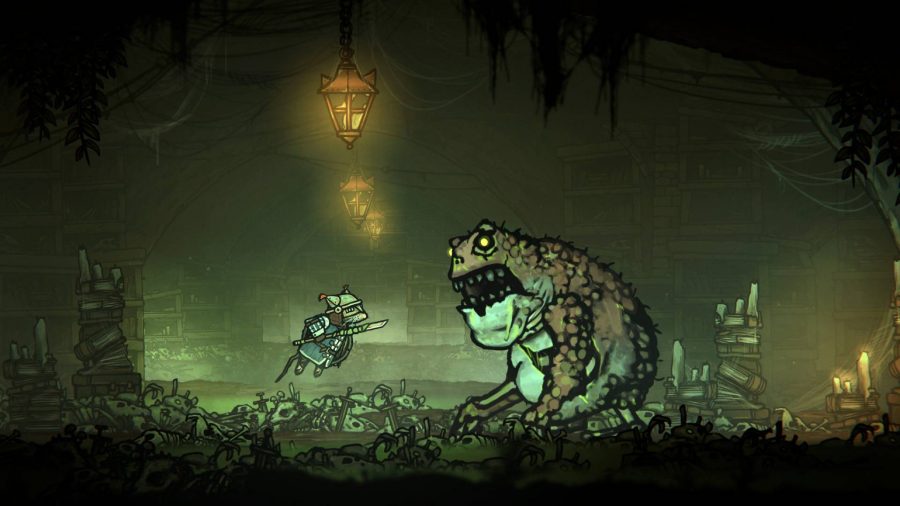 Inspired by brutal games like Dark Souls and Salt and Sanctuary, Tails Of Iron is a grim 2D action RPG with ‘punishingly brutal combat’. You play as Redgi, a rat, and heir to the Rat Throne, who must restore peace to his Kingdom by banishing the evil Frog Clan. With plenty of weapons and armour to craft, there are many ways to face your foes, and from the sound of things, Redgi will need all the help he can get. 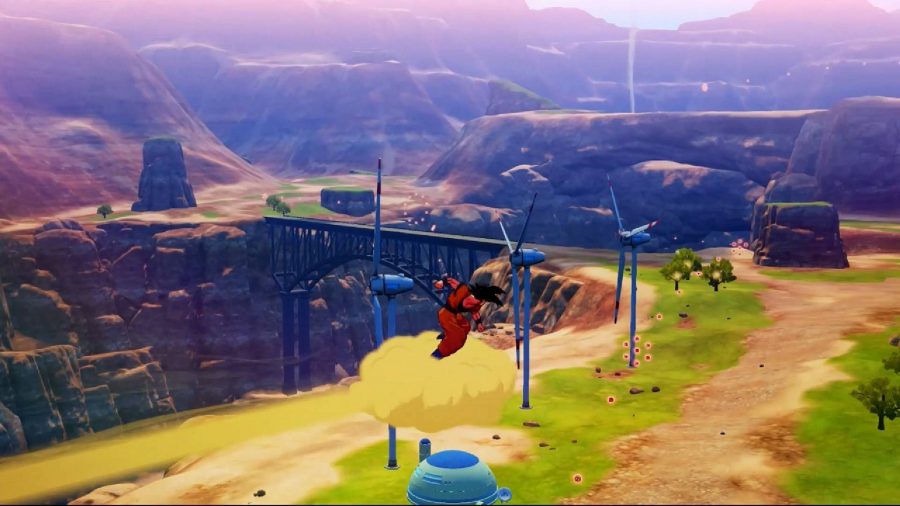 Fans can once again experience the amazing sagas of the Dragon Ball Z anime, thanks to Dragon Ball Z Kakarot. Covering the Saiyan Saga, the Frieza Saga, and even the dreaded foe Cell, this action-adventure RPG puts a shiny coat of paint on some of the best stories ever told in anime. With other light-hearted quests, and the ability to train and eat like a Saiyan, this game captures some of the most dramatic, and funny moments of DBZ all at once. And now Switch players can enjoy it too!

And there you have it, that’s all the major Nintendo Switch releases coming this September, with apologies to your wallets. If you want to try and save a few pennies though, you can also check out our guide of the very best free Switch games.