If you’re looking to save some money, but maximize your fun profits on Nintendo Switch, you’re in luck. There’s a treasure trove of quality titles that cost absolutely nothing to download and start playing, though be sure to check each for microtransactions and payment methods.

Whether you’re in the mood to squad up and nab that battle royale, you want to start building up an impressive card collection, or even look after a bunker full of people, there’s a wide variety of free Switch games just a simple click away. There are even huge collaborations, so if you’re looking for some of your favourite pop-culture characters to unlock and control, you just might be in luck.

Of course, you can enhance your gameplay or unlock items and cosmetics in each with real money, but each title is free to start, so you can at least find the game you love the most before you lay down some cash on the latest sweet outfits.

Now, let’s get into our list of the best free Switch games. 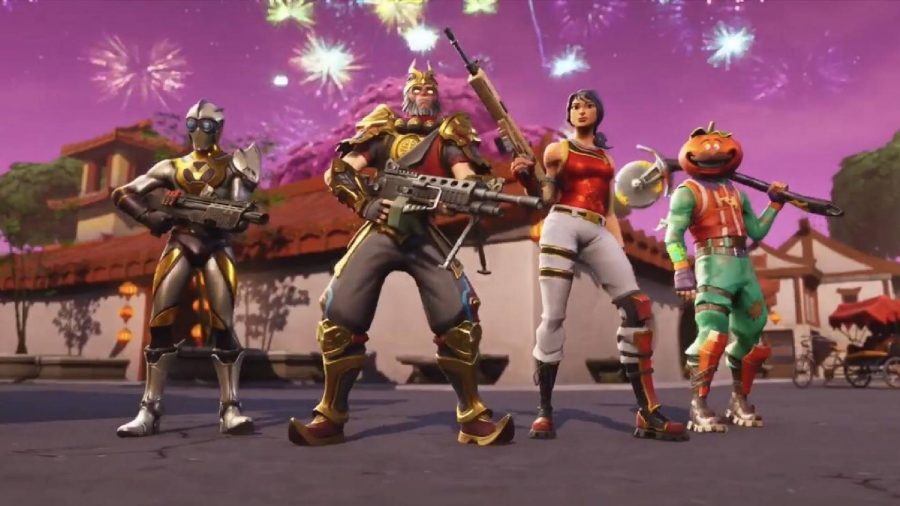 Let’s get it out of the way, Fortnite is the biggest game on the planet for good reason. Since adding its free-to-play battle royale mode, it’s become the go-to game for anyone who wants to find a few buddies and try to outlast everyone else. It even features a variety of collaborations with everything from Marvel, Star Wars, and John Wick, to the latest inclusions such as pop sensation Ariana Grande. There are no loot boxes here either, if you want to spend money, then you know exactly what you receive in return.

Players can purchase V-Bucks to pay for a battle pass each season, and every pass has a huge wealth of skins, weapon wraps, music, and more to unlock, as long as you can spare the time to level up. Years on from release, thanks to great controls and an addictive rotation of multiplayer modes, this remains some of the most fun you can have on Nintendo Switch with your friends. 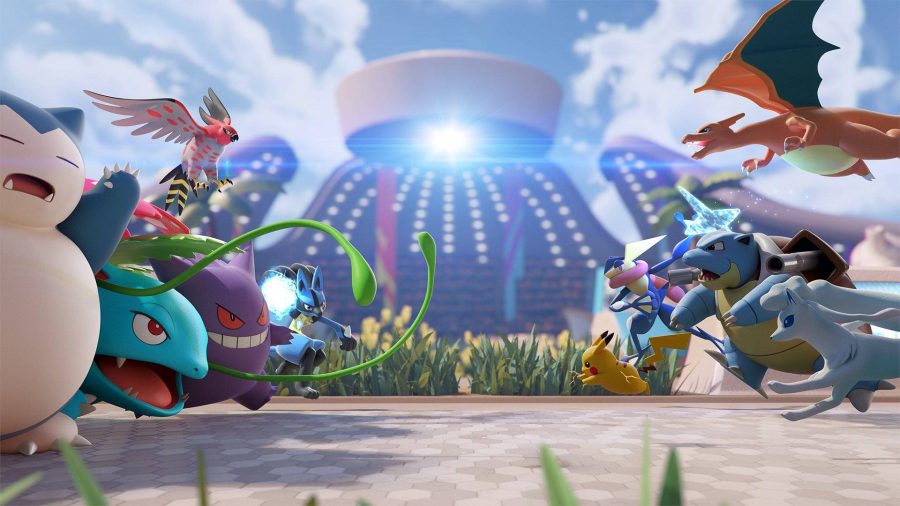 The new kid on the block, Pokémon Unite features almost endless gameplay thanks to exciting team-based battles and plenty of unlockable content. Where else can Cinderace wear an adorable pirate outfit? After working your way up a few levels, you can truly start to test your skills in ranked matches, but you’ll have to communicate with your team if you hope to win. With new Pokémon coming in a steady stream of updates, if you can’t find one of your favourites yet, there’s a chance they will be added to the title soon!

If you’re new to Unite, we recommend you check out our Pokemon Unite tier list to find out which character is best. 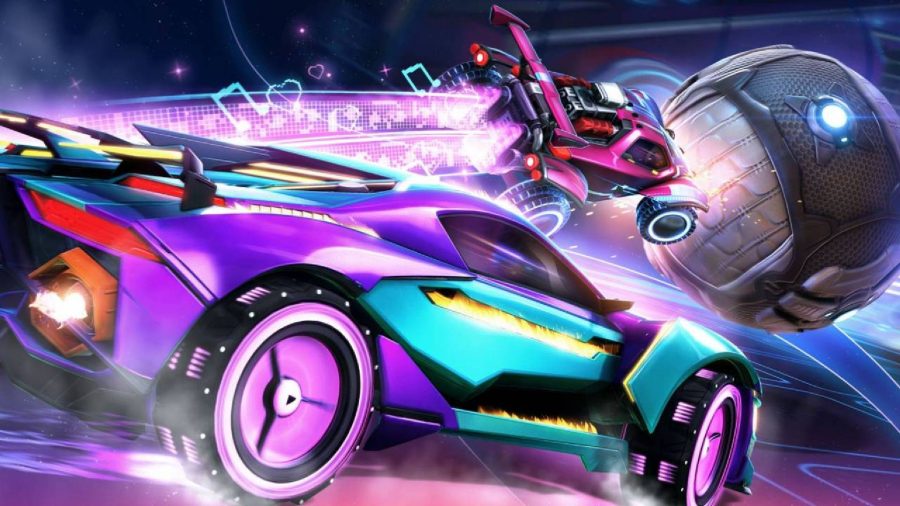 The car-soccer sensation Rocket League recently went free-to-play, and is instead using a season pass system just like Fortnite. Every mode is completely free, so you can team-up in frantic 3v3 matches or get serious in some intense 1v1 action and truly show your friends who’s boss. Each season still brings free rewards, as well as extra unlockables in the season pass. So, however you play, you’ll unlock some serious swag for your car. Just make sure you score some goals with it as well. 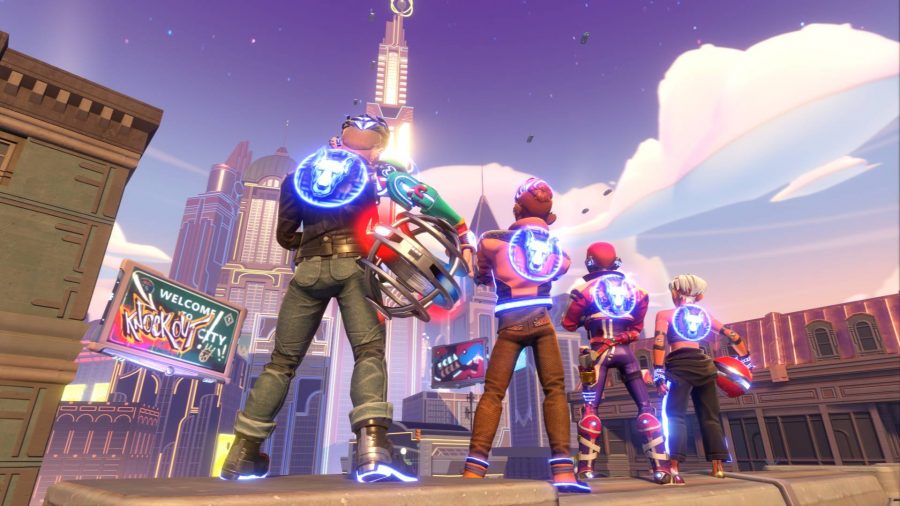 Get vicarious revenge on your childhood bullies in this fantastic team-based dodgeball game. Knockout City combines frantic action and great controls to deliver an experience that’s easy to learn but difficult to master. There’s more to it than you’d imagine, with a variety of different dodgeballs and abilities, as well as some serious strategy to be found in each map.

Nintendo Switch also has optional performance modes, so you can choose to prioritize framerate or graphics, depending on how you play. There are even tonnes of fantastic fashion items to unlock, so your character can look their very best as they demolish foes with their balls. 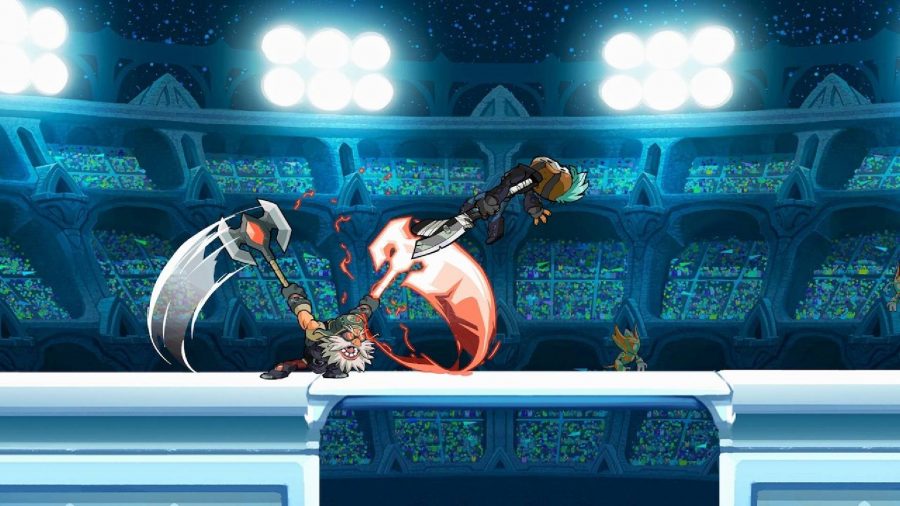 This fast and fun fighting game is a great little title that has only grown with time. It’s been getting stead additions to its cast, including some familiar faces, and while it may not be as tight as bigger games like Super Smash Brothers, there is plenty to dig into here. Plus it’s free, so it’s always worth a try! 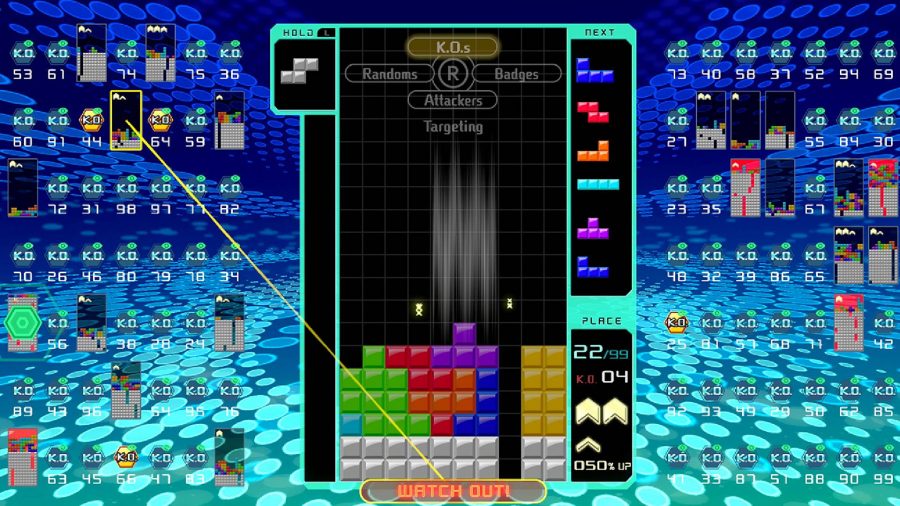 Not technically free, as you need to be a member of Nintendo Switch Online, but if you have the service there’s no additional cost to download this gem and start frantically stacking blocks as neatly as possible. The puzzle classic is given a new twist thanks to the battle-royale nature of Tetris 99, facing off against other opponents and sending them blocks in the hopes to last until the very end and attain that elusive win.

There’s even a special mode where only players who’ve won a match can play, if you think you truly have the Tetris skills to pay the bills. It even gets consistent new content and Nintendo skins, so any puzzle fan should definitely dive in. 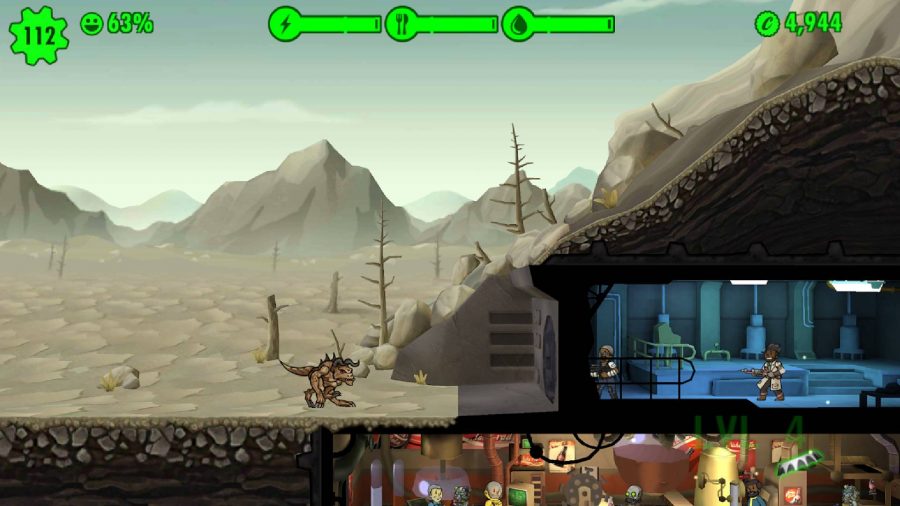 While we wait for any of the full Fallout games to arrive on Switch, Fallout Shelter offers some post-apocalyptic micro-management fun, tasking you with organising and supporting an entire community within your shelter, hoping to keep them alive and well. There are plenty of ways to customise your vault dwellers, and you’ll need to arm them to face the threats of the wasteland as well. You can play most of the content here and ignore the optional microtransactions, so get your Fallout fix for free. 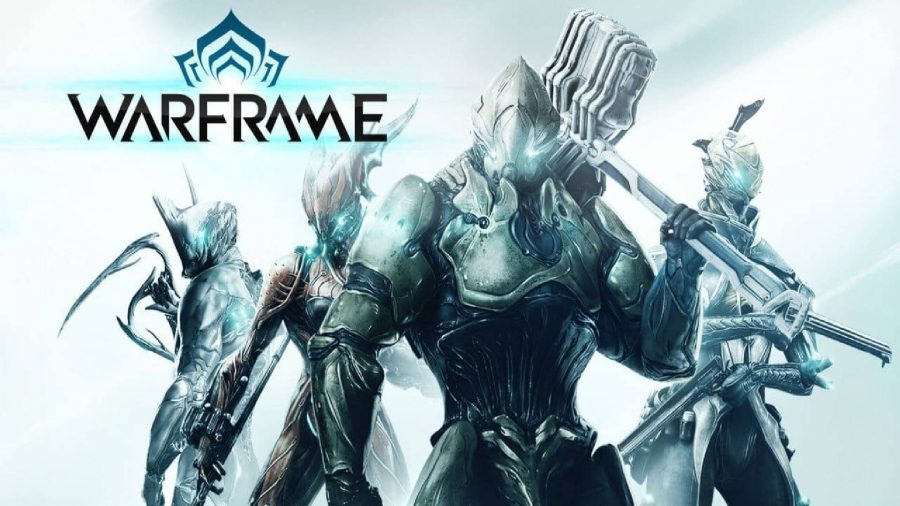 One of the best-looking games on Switch games also happens to be free, as Warframe is one hell of a port from powerhouse studio Panic Button. It’s a third-person shooter set in the far future, where you unlock and control various Warframes, basically mech suits, and grind to unlock improvements. There’s even some story content, as well as online multiplayer, so this free-to-play title offers plenty of content for nothing. 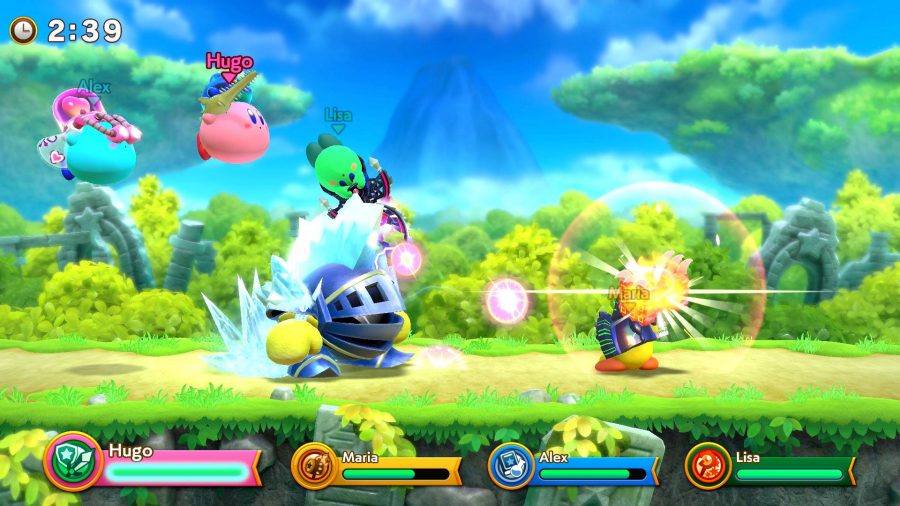 If you’re looking for games for the younger Switch owners, Super Kirby Clash could be the perfect fit. It’s a multiplayer action game, where up to four players team up to take on Kirby’s rogue’s gallery in exciting boss battles. Use Kirby’s many different abilities like beams, swords, hammers, and many more as you try and find the best way to tackle each fight. You can spend money to unlock outfits and weapons, but none of it is needed to enjoy the simple gameplay loop on offer. 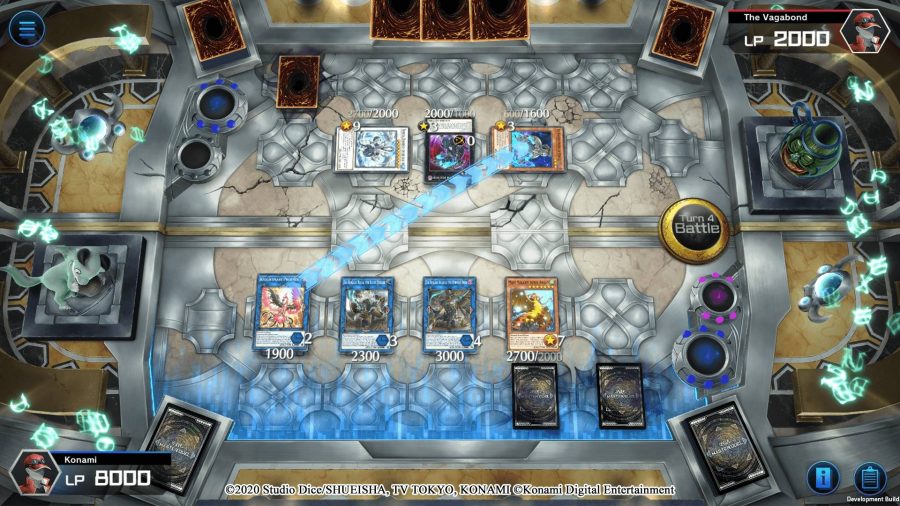 The definitive duelling experience, this free-to-play entry brings Yu-Gi-Oh! to every platform under the sun, including cross-play as well. While the series is certainly a tad more complicated today, Master Duel does a good job of explaining things, and a bright, clean, user interface makes everything easy to understand. Whether you’re a veteran or always wanted to try things out, this is a fantastic way to experience the legendary series card mechanics. Check out our full Yu-Gi-Oh! Master Duel review for more on the title, then check out our Yu-Gi-Oh! Master Duel decks guide to get you started. 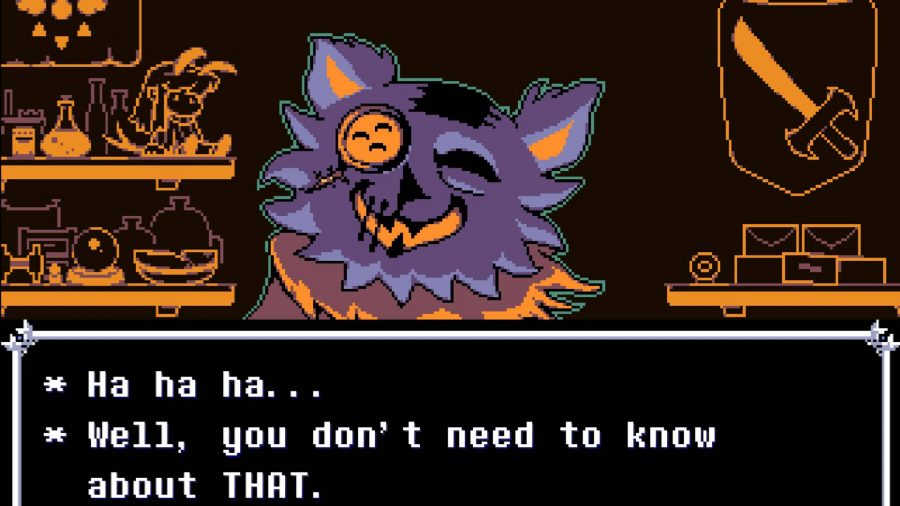 The original Undertale took the world by storm upon release, and since then creator Toby Fox has been working hard on the spiritual successor Deltarune, dropping chapters one by one. He has so far released both chapters for free, so if you played the original Undertale and enjoyed it, you have no excuse not to dive into the next dark RPG from the Indie creator. Hopefully when every chapter is complete Toby offers a physical release, because, with so much amazing free content, we’d honestly like to give him some money.

There are plenty more free Switch games, but these are the ones we thought to highlight, so hopefully, you’ve got hours of gaming ahead of you without spending a single penny.