I have to admit, BTS Universe Story wasn’t at all what I expected. When the cheery intro video gave way to a prologue in which the various different members of K-pop band BTS met tragic ends by suicide, fire, imprisonment, and getting locked up in a psychiatric ward, I had to double-take and watch it again just to double-check that I wasn’t going utterly insane. I wasn’t.

What possessed Netmarble to write such a deeply tragic plot is beyond us, and we can only imagine that it’s going to traumatise the younger members of the enormous BTS fan base. Especially when you consider that it draws inspiration from the likes of Majora’s Mask and Groundhog Day, with you having to repeatedly watch your favourite member die a tragic death that’s kind of your fault because you made a single wrong decision.

It’s effectively a choose your own adventure, cut from a similar cloth to the likes of Life is Strange or the Telltale games. It plays out as a series of cutscenes that occasionally provide you with a decision to make. Choose the right decisions and you get the good ending, in which everything magically works out. Choose the wrong one though, and you’re going to have to watch the horrific events play out time and time again.

It just goes way beyond what you’d expect of a mobile game tie-in of a massive K-pop boyband, and I can’t help but respect it for that. What could have been a simple piece of fan-service is actually an adventure that anyone can enjoy, due to the sheer silliness of it. From the almost post-apocalyptic plot, to the excellent visuals, there’s just so much to like here.

In fact, there were moments in which I was convinced that BTS Universe Story was an enormous practical joke, and most of that came from the writing itself. Sometimes it’s just so utterly bizarre that I found it impossible to believe that anyone could have written it with serious intentions.

The first story, for example, takes place in 2022, and sees NamJoon fallen on such hard times that he’s working in a gas station. Ultimately, he gets imprisoned due to getting into a fight with a customer who drops his tip on the floor and asks NamJoon to pick it up. As a result, NamJoon flies into such a rage at the injustice of it all that he ends up scrapping with the customer, which lands him in prison. Oh, and he only ends up in prison because he refuses to apologise for the scuffle. 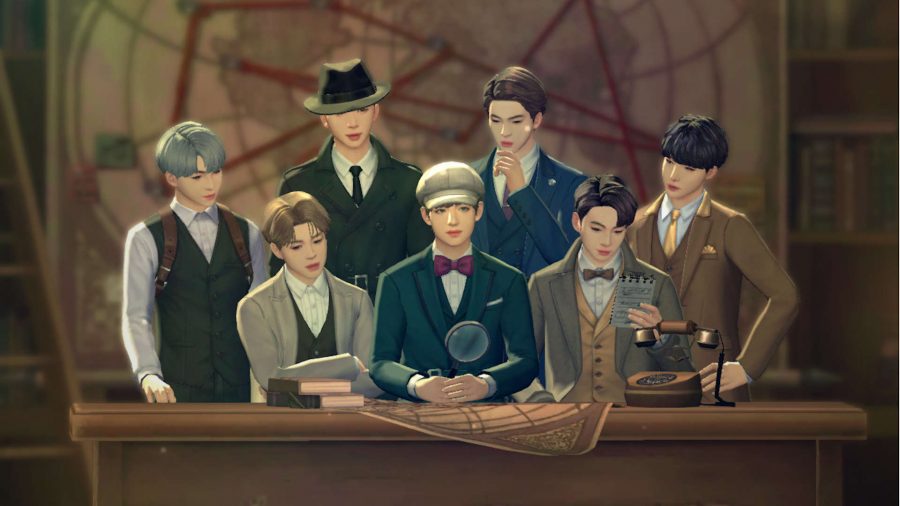 It’s bonkers, and only gets increasingly more so as you explore NamJoon’s backstory, which is told in such a sincere and dramatic tone that you almost buy it. Each of the stories are about as dramatic as the first two, and ask way more questions than they answer, but are equally as compelling due to their crazily sincere nature.

Really, though, these stories are just a front to get you in the mindset to create your own adventures, as BTS Universe Story has designs on becoming the next Roblox. Anyone can create and experience each other’s stories, which are almost certainly nowhere near as crazy as the official ones.

It's not often that you come across something so compellingly bonkers

Putting together your own story is simple enough, with a really straightforward interface that players of all ages can use. Similarly, playing another story is really easy, with a nice list to scroll through. You’ll need a ticket to actually play another player’s episode, but these are relatively cheap, and you can come across plenty of them by playing for free. 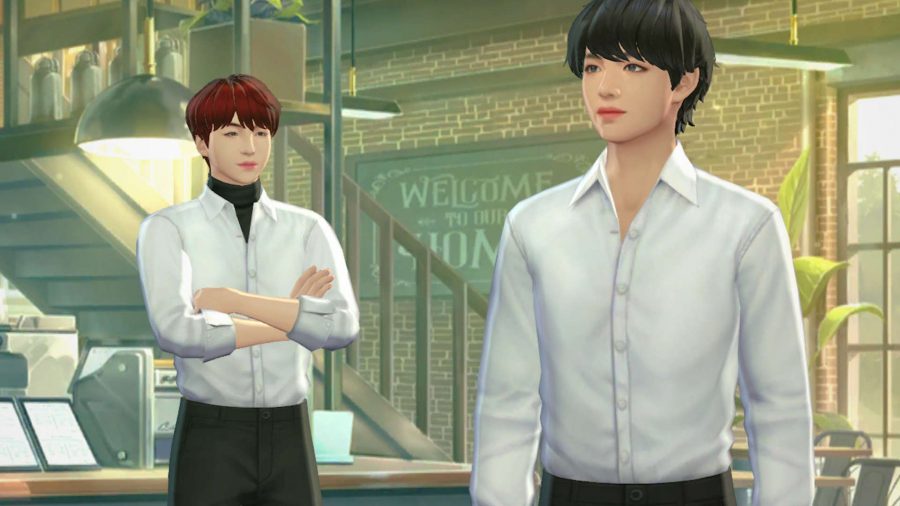 Your progression is tied to your ‘Creator Rank’, which increases as your stories receive views and likes, just like in the real world of influencers. You’re going to be hard-pressed to create stories as awe-inducing as the main batch though, so be aware of that.

Overall, we can’t help but recommend BTS Universe Story to literally everyone. It’s not often that you come across something so compellingly bonkers, and we can’t encourage you enough to download it just to experience the main story. However, the story creation tool is so easy to use that you may end up sticking around to create your own, increasing your Creator Rank in the process.

Just do yourself a favour and grab it right now on the App Store or Google Play. You’re in for a wild ride. We also recommend checking out our BTS Universe Story guide for all of the tips and tricks you need.