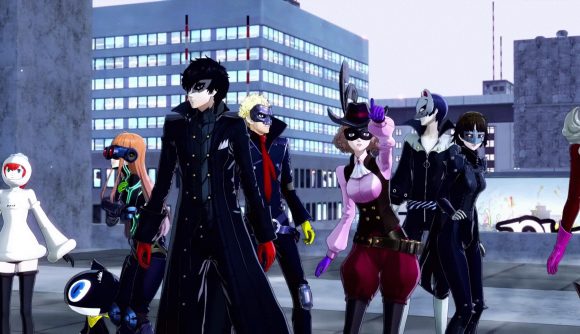 Earlier this week, Perfect World announced a mysterious new game by the name of Code Name: X that looks really rather familiar. In fact, the distinct Persona vibes in its debut trailer are undeniable, and now comes confirmation that it doesn’t just look like Persona – it’s the real deal.

Niko Partners senior analyst Daniel Ahmad was first to share the game’s announcement trailer widely. He later tweeted out that Perfect World confirmed to him that Code Name: X is indeed based on the Persona IP. Before you get too excited, however, the game is seemingly still in the early days of development, and it’s currently only confirmed for launch in China. Whether Atlus is heavily involved is as yet unknown.

Perfect World is perhaps best known for its MMO series of the same name. That said, the Chinese developer/publisher has other promising titles in the works, including a new One-Punch Man mobile game.

The trailer below features a similar tone to the adventures of Persona 5’s Phantom Thieves, with plenty of sneaking about and even a spot of hacking thrown in for good measure.

Chinese game company Perfect World has announced it is working on a mobile game for a famous JRPG IP.

While the game is only known as CODE NAME: X, it is very clearly a mobile game based on the Persona IP.

It is currently in early development and only confirmed for China atm pic.twitter.com/pM0BzrYQmX

Seeing as Code Name: X is likely still a ways off, you’ll surely be happy to hear that we’ve got plenty of other game recommendations for you, as seen in our lists of the best mobile RPGs and best gacha games. Will Persona 5 Mobile (or whatever it’s eventually known as) make the cut? Only time will tell.