As quiet as a church mouse you approach the generator. A quick glance left and right, and the coast looks clear, so you get to work. Good skill check; easy-peasy, this. Heart rate’s starting to increase. Another skill check. Gah, you tapped the wrong part of the screen. Heart is racing. Ah! What the heck is that?

You run away as a freakish ghoul chases you with a length of sharpened metal. Ouch! Your foot! It’s stuck in a trap! No use even bothering to try and escape, as the ghoul is upon you. He chucks you over his shoulder with ease and carries you to a nearby spike, which he impales you on. Then he goes looking for more fresh meat. You try to pull yourself off the spike. It’s futile.

Wait, who’s that? A survivor appears and rescues you. You follow them, make sure the coast is clear, and let them heal your wounds. You both work together to repair the generator, fast, at which point the exit door becomes available. One mad dash over to it later and you wait for your new friend to open it, at which point the ghoul appears and butchers them. You hide, waiting for him to disappear, and walk through the exit door.

That about sums up a typical match of Dead by Daylight Mobile, which is an iOS and Android port of its PC and console big brother. If you haven’t played this yet, it’s an asymmetrical multiplayer game in which four players take on the role of survivors, and one player acts as killer. The survivors have to power on a bunch of generators and make it to the exit, while the killer has to try and, well, kill them.

Survivors play in first person, and seek out generators on the map, repairing them to power the exit doors. There are four in total, and you can repair on your lonesome or work together to speed up the job. In fact, cooperation is at the heart of the role of the survivor, as you can’t really get much done on your own. You’ll need to rescue survivors from the killer, heal each other, cause distractions, and more. It’s in your best interests to do these things too, because it’s really hard to survive on your lonesome.

The killer doesn’t have that problem though, and if it wasn’t for the fact it was facing four opponents we’d go so far as to say it’s overpowered. It can run faster, slash survivors with weapons, lay traps, break stuff, and has really powerful senses to sniff out survivors with ease. It’s the pure might of the killer versus the cooperation of the survivors; that’s the real battle. 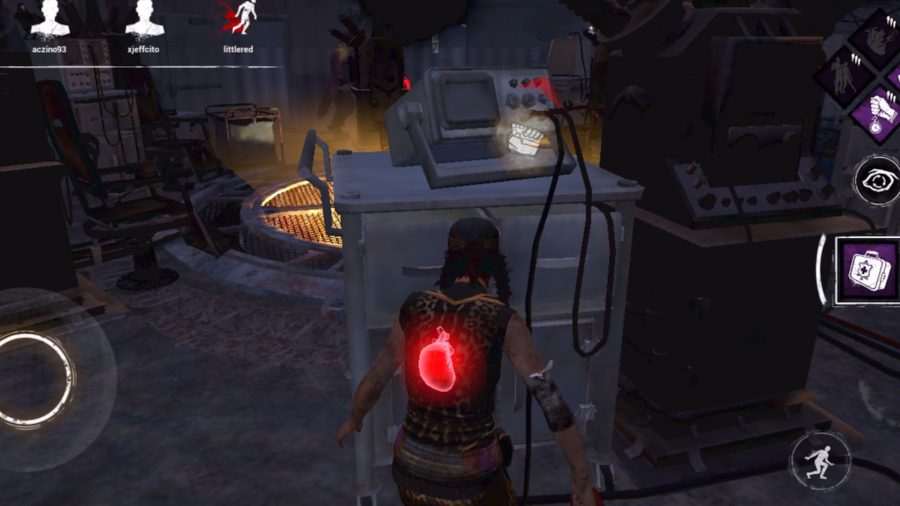 Calling the enemy a killer isn’t entirely accurate though, as the killer rarely actually kills. Their job is to catch survivors and impale them on a sacrificial hook. After a brief interlude, the real enemy, known as ‘The Entity’, appears and murders the survivor, unless they’re rescued before this happens.

What’s most clever about this killer versus survivor system, is that the killer sees in first-person, while the survivors get third-person. Anyone who’s played a battle royale shooter in both first and third-person knows the advantages and disadvantages of both. Survivors can view a much bigger radius at once and visually see where the killer is looking, thanks to a red cone of light appearing in front of them. It’s an excellent method of maintaining balance.

That red cone of light is just one of the many visual cues that you can rely on as both a killer and a survivor. When the killer is close, a survivor’s heart rate is displayed visually and you can hear it when wearing headphones or your phone’s speakers. The faster the heart rate, and the brighter it appears visually, the closer the killer is. Other visual indicators for survivors include their fellows being highlighted (as are generators) when close or in danger, and the exit doors and other useful objects being telegraphed visually on occasion. 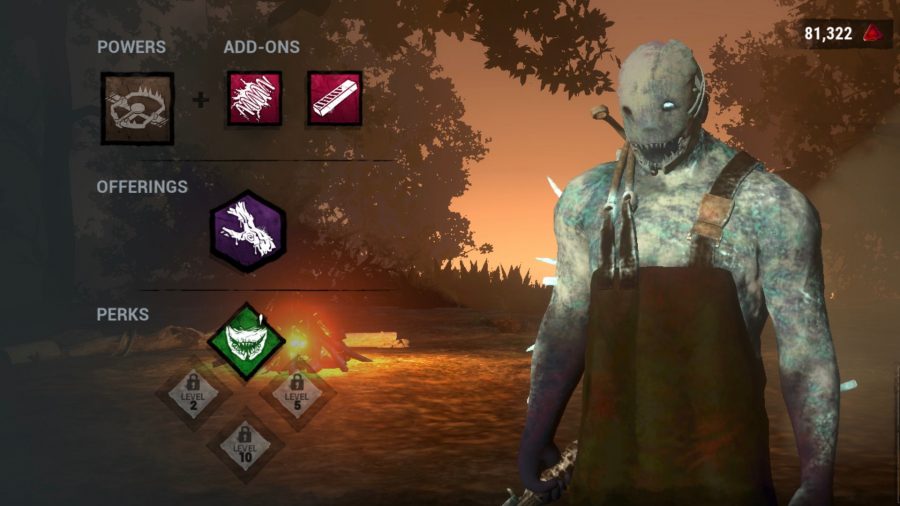 The killer has way more visual cues to rely on though. If a survivor fails a skill check, they’ll be lit up like a Christmas tree, and you can run straight on over and take them out. If they run away, you’ll be able to follow scratch marks on the ground or even their blood if you’ve managed to get a hit in. When you pick up a downed survivor, the nearby hooks will also be highlighted, allowing you to quickly impale your opponent.

Dead by Daylight Mobile features a good selection of unique and well-known survivors and killers to choose from. Here are a few of our favourites from other franchises.

Ensuring that many of the audio cues were made visual must have been a key challenge for Behaviour Interactive when developing the mobile version. Many mobile gamers snatch a quick round where they can, and often aren’t, or simply don’t, play with headphones or sound on. Fortunately, the visual cues are reliable enough that this isn’t a huge issue. We’d still recommend playing with headphones on where possible, as the audio cues are excellent and very handy, but you won’t be at a huge disadvantage if you choose to go without, at least.

But you can learn the ins-and-outs of how it all works by reading our Dead by Daylight Mobile guide. You’re probably wondering how well the rest of the experience translated to mobile? Well, it’s a bit of a mixed bag, but we’d argue that the pros outweigh the cons. Overall, it’s an experience that works comfortably on mobile, with a (thankfully) minimal number of virtual buttons. Slide your thumb on the left of the screen to move your character, and the right to move the camera. There are virtual buttons for interacting with objects, crouching/slashing depending on whether you’re a survivor or a killer, and a handy look-behind-you button. 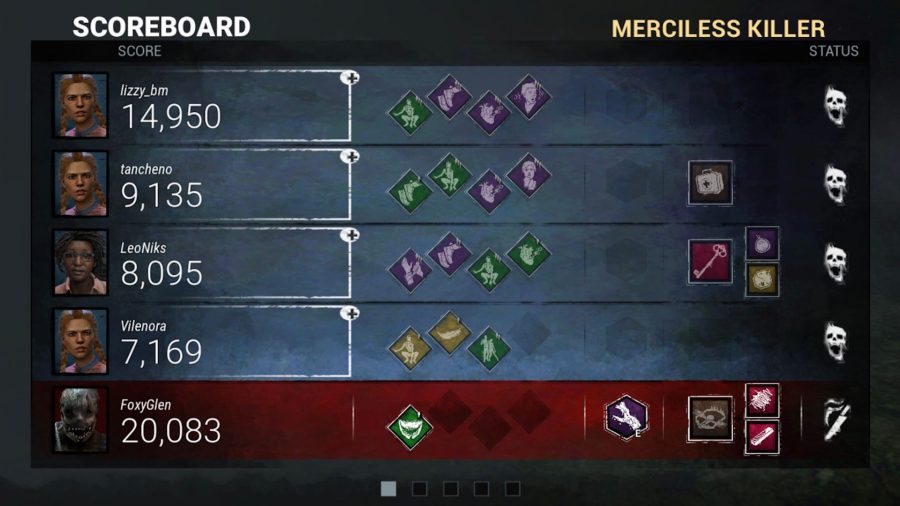 However, there are a few issues. The controls can sometimes be a bit unresponsive, which is a problem inherent with many complex games that are forced onto a touchscreen. We’ve had issues where button presses don’t trigger on our first attempt, where the camera wouldn’t move on first swipe, and even when the camera just went haywire and moved without us swiping.

Similarly, we’ve failed skill checks (mini quick time events that require a perfectly-timed button tap) because we’ve accidentally missed the tiny portion of the screen that you have to tap. We’re not entirely sure why Behaviour insisted on us tapping a specific part of the screen, rather than just the screen in general. It seems a bit of an oversight that would have prevented a lot of issues with the control scheme.

Visually, it’s also a bit disappointing too, looking more like an upscaled PS2 game than a port of a current gen title. Textures are incredibly low-res, environments are drab and lifeless, and it’s all just a little brown for our liking. However, it really doesn’t look all that different to the core experience on PC and console. This just isn’t a particularly good-looking game in general. 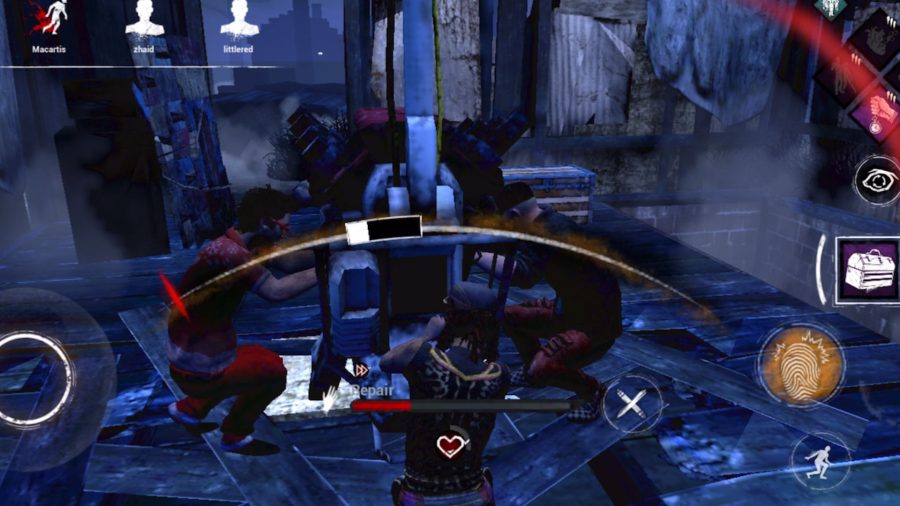 The upside to this, though, is that it runs butter smooth. We haven’t encountered even the hint of slowdown or choppiness at this point, and we’ve had matches in both 30 and 60fps. It’s not a particularly big drain on your battery either, and is up there with the best-optimised 3D games on mobile.

Our only real complaint in terms of performance is the insanely long loading times. When booting up a game, you’ve first got to wait until other players arrive (and this wait is a lot longer if you choose to play a killer, rather than survivor), then there’s an obscenely long wait to actually get in the match. We can’t think of a single other mobile game that takes this long to load, and it does the game a disservice as you’re likely to pick something else to play when you’ve just got a few minutes to kill.

It’s all good news on the monetisation front though, as Dead by Daylight Mobile is one of the least greedy free-to-play games we’ve ever encountered. You don’t have to pay a single penny to enjoy the game, with all premium options limited to cosmetics and new characters. Characters cost roughly $4.99 (£4.99) to purchase outright, while costumes can range from $1.99 (£1.99) all of the way up to $9.99 (£9.99). 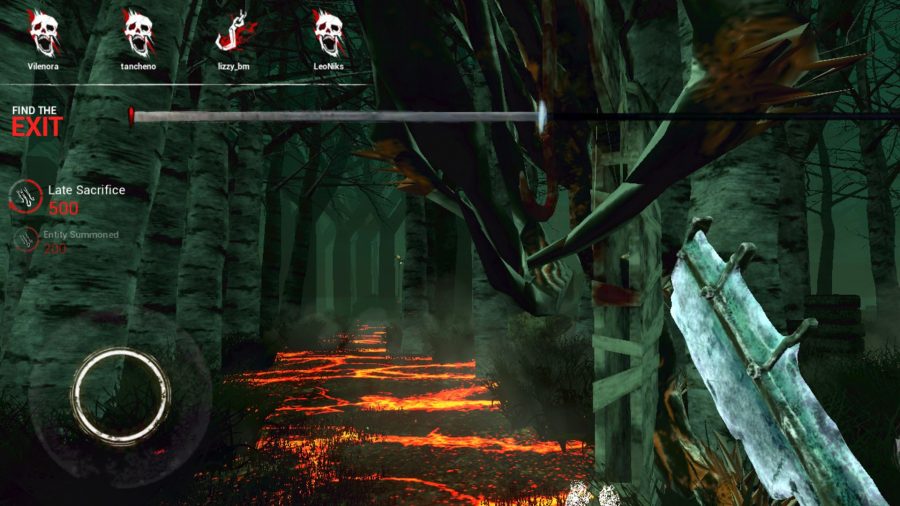 That’s fairly expensive, granted, but it’s entirely optional, and you can earn a small amount of premium currency on a daily and weekly basis. It might take you a long time to save up, but you can feasibly earn enough to purchase the items you want without spending. There’s also a seasonal reward system, which resets on the 13th of every month, but, rather frustratingly, it doesn’t give you any indication of what you can expect to receive by climbing the rankings.

Overall, we’re pretty impressed with Dead by Daylight Mobile. It perfectly achieves its goal of porting the experience to mobile in full, with a few necessary changes here and there to adapt to the smaller screen. Some of these are good, like the expanded visual cues, while others are not so good, like the iffy touch controls. While we’re on the subject of iffy, it’s not a particularly good-looking game either; though that’s a problem its big brother shares too.

Aside from that, this joins the likes of Call of Duty Mobile, PUBG Mobile, Brawl Stars, and more as one of the best multiplayer games you can enjoy with your friends no matter where you are. You can grab it right now from the App Store or Google Play.