Anything that involves zombies immediately has my attention. For as long as I can remember, reanimated corpses have been one of my favourite horror tropes, especially when it comes to videogames – I think a little game known as Resident Evil might be responsible for this, but I doubt you know it.

Anyway, as soon as I heard the name Deadcraft, intrigue overcame me, the name certainly indicates brain-munchers, I was correct in my assumption, and the craft part of the game’s name is also a strong indicator of what you need to do. In Deadcraft, you’re in a world ravaged by the walking dead, and, of course, every day is a fight for survival, but why is the world like this?

Meteors. That’s it. The very thing that wiped the dinosaurs from existence millions of years ago came back with a vengeance, and decided to take out humanity in a slightly different way. You see, it’s not the impact of the asteroids that drove humanity to the edge of extinction, but the mysterious virus found within them.

This bizarre virus reanimates the dead, which turns them into human-hungry zombies, and that’s what leads to the disaster humanity now faces, as the virus causes so many to rise that many humans couldn’t fight back. Then, as with any apocalyptic situation, people just can’t get along – instead of banding together to be one strong unit, they split into factions. It truly is survival of the fittest. If you’re weak, I’m afraid you’re not long for this world. 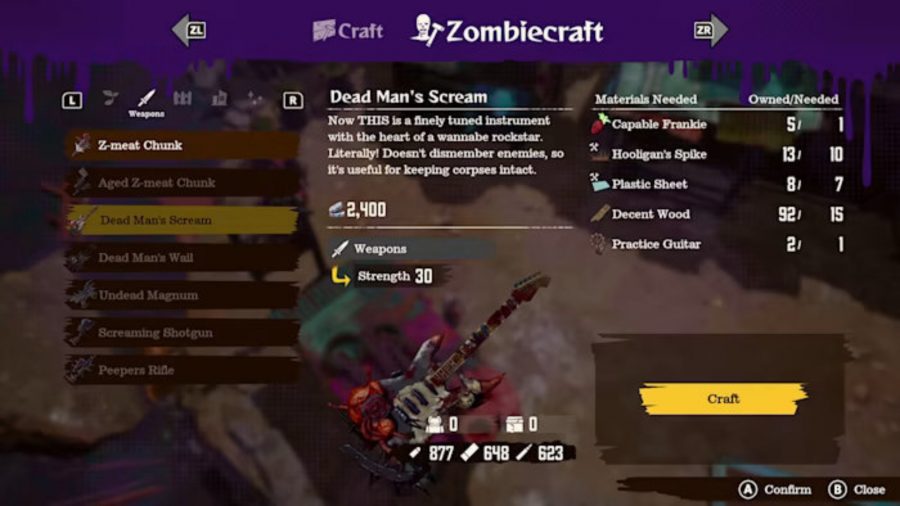 In Deadcraft, you play as Reid, a half-zombie man that’s clearly been through some things – perhaps a trip to Aberzombie and Fitch would cheer him up a bit. In fact, you begin the game just after he escapes from being held captive by a group of humans. Of course, he doesn’t want to let this go, and why should he? The world is in anarchy, and if me and Reid can dish out some sweet, cold revenge, we’re sure as hell gonna.

As with any survival game worth its salt, Deadcraft isn’t just about crafting items and collecting materials. Rather, you need to consider other elements such as first aid and hunger. Yes. It’s survival 101, but many seem to forget that food and drink are a necessity, and in Deadcraft, this sentiment rings true, as you must keep an eye on both your hydration and hunger levels.

In order to quench your thirst or hunger, you can find sustenance in a variety of ways. However, not all of them are good for your well being. For example, as soon as you start the game, you’re told to eat a rat, and I can’t say I felt too bad about it. Reid, on the other hand, is sick due to it being spoiled meat – the fact I didn’t cook it probably doesn’t help either. Still, things like this have an impact on your health, so only consider this sort of alternative if you’ve got no other option. 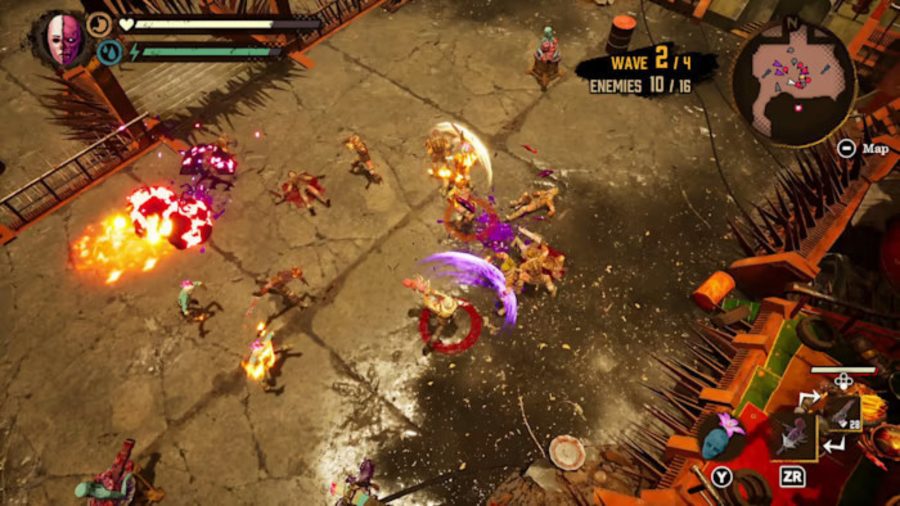 Personally, this is one of my favourite things about survival games, especially one of this nature, as every little thing you do matters. You can eat gone off meat, have it negatively impact you, but not think anything of it, only for it to come back to bite you in the butt when you’re fighting a horde of zombies, especially since certain actions drain more energy, which by proxy, determines how much your food and drink bars deplete by.

Furthermore, to replenish your energy bar and your health, you must rest, but the amount of HP you regain is determined by the level of your various wellbeing bars, so bear this in mind before you take that well-deserved nap. Beating up zombies truly is tiring work.

Speaking of which, to survive in this harsh world, you need items, gear, and, of course, weapons to bash in some zombie skulls, and trust me when I say, it’s satisfying to deanimate a reanimated corpse. The gameplay feels smooth, and each strike of my weapon was perfect. At no point did I feel like I was at a disadvantage due to shoddy controls or messed up camera angles.

On top of that, the combat itself is actually fun, and not just because I’m biased toward zombies, but because each encounter has that sense of ‘this could be my last’ if I get too gutsy or cocky. Deadcraft manages to walk that fine line that combines fun and consideration perfectly. The fact that Reid can use unique abilities due to being a half-zombie is just the cherry on top of a rather grotesque sundae. 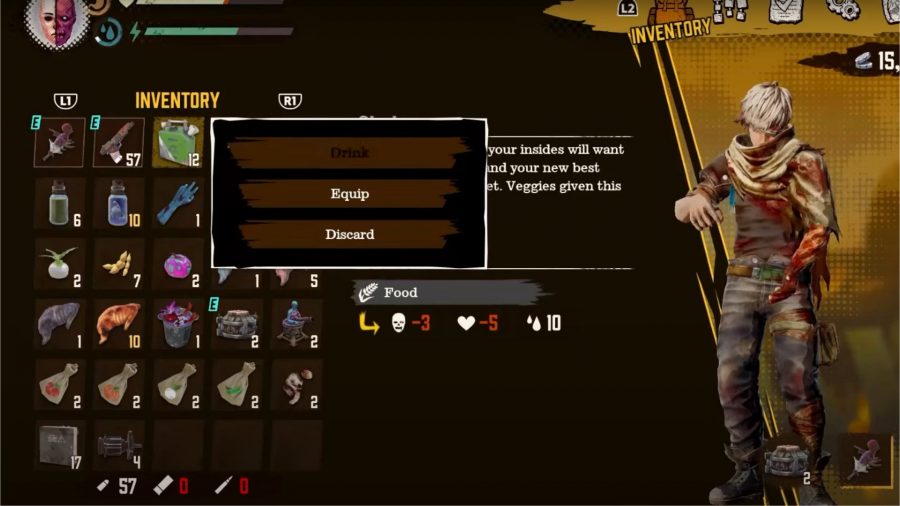 In terms of performance, Deadcraft runs on Nintendo Switch quite well in both its docked and handheld modes. However, during cutscenes, it’s evident that the dialogue is out of sync with the animation – this isn’t game-breaking by any means, but it can be annoying to see, especially when someone is done talking but their mouth is still moving.

Nonetheless, besides that small performance hiccup, the game looks great, and navigating through the hellish landscape is easy, with objectives and explorable locations being easy to follow thanks to the minimap in the top-right corner. On top of that, inventory management is slick, and it’s easy to select which items you want to equip or use, and this can be a lifesaver under the right circumstances.

All in all, Deadcraft is a great survival game, and is a must-play for any zombie fans. It has a good narrative, and a primary protagonist that’s surprisingly likeable, which makes it difficult to step away from this world. The minor hiccups that you might experience with this game are unlikely to diminish the amount of fun you have – so go on, get out there instead of waiting at The Winchester for it all to blow over.

Deadcraft is a fun entry into the survival genre, and it’s a must-play for any zombie fans out there. Sure, there’s the odd performance issue, but its fun gameplay more than makes up for that.