Diablo Immortal is an upcoming mobile RPG that builds upon the hack-and-slash series’ classic core while introducing fresh, modernised elements for mobile gamers. You can play as most of your favourite classes, including the crusader, demon hunter, or wizard as you traverse recognisable zones and run into plenty of familiar faces.

Long-time fans of the series and newbies alike can look forward to exploring a wealth of dungeons while taking down increasingly difficult enemies that require teamwork, strong gear, and a little bit of perseverance. For those of you who love a bit of Diablo lore, you’ll be pleased to hear that Immortal answers many unanswered questions for series veterans.

We recently got the chance to speak to Diablo Immortal’s senior combat designer, Julian Love, and senior narrative designer, Justin Dye, to learn about the incoming title’s biggest draws, including whether or not a secret cow level awaits us intrepid explorers.

After playing the Diablo Immortal alpha test to death, we here at Pocket Tactics are eagerly awaiting news of the Diablo Immortal release date. If you’re similarly intrigued, you can pre-register now by visiting the official website or Google Play to stay in the know.

Pocket Tactics: Why did you choose to set Immortal between Diablo II and III?

Justin Dye: Honestly, it’s because it’s a really interesting point in the Diablo timeline. At the end of Diablo II, when Tyrael destroys the World Stone, there’s a 20-year jump from there to Diablo III. It’s a lot of time for new stories to begin.

In Diablo III, the story of the Nephalem begins, but there’s a huge unanswered question, which is what happens to the world when you blow up Mount Arreat and send the World Stone flying across the surface of the planet like that? It’s a huge question, and it felt like one that just needed to be answered. 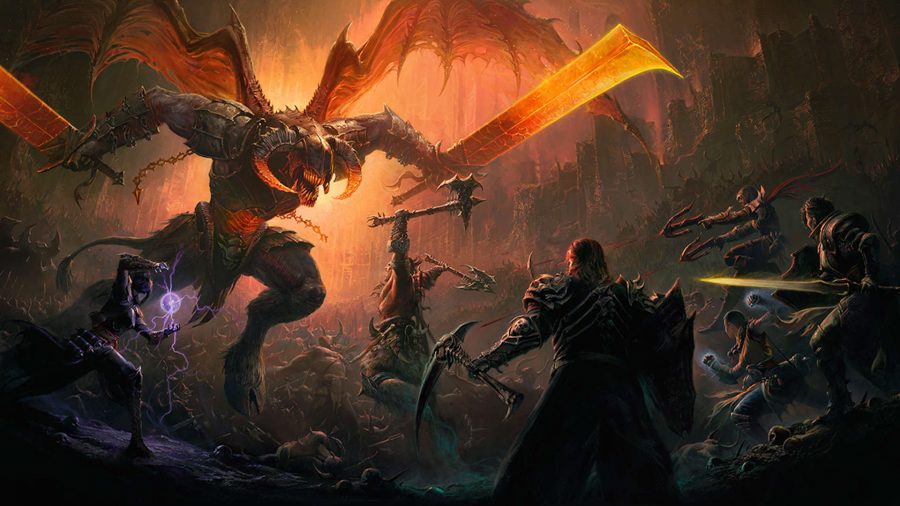 Visually, it’s a mixture of Diablo III and Diablo II Resurrected – was this deliberate?

it's a really interesting point in the Diablo timeline

Julian Love: I don’t know if it was so much a deliberate choice. We looked at the two games as goalposts. It’s just finding an updated expression for what Diablo should look and feel like on a mobile platform, but also moving it forward. You end up going back and copying old games a little bit because it’s a successor, but you also want to innovate and move it forward on its own two legs. The look really stems from wanting Diablo Immortal to be its own game and have its own identity while still feeling like it belongs to the Diablo franchise.

JD: If anything, it’s a sign of how clear the stylings of the Diablo universe are – that multiple games can be developed and all still have a very similar style to them in many ways, but each with their own unique expressions.

Why did you choose to make Diablo Immortal an MMO? How do you think it will change the way people play Diablo?

JL: Well, we have these larger endgame systems that we wanted to enable, and having a more social environment makes that a lot easier to pull off. The Helliquary is a system that I do think has a certain kind of social aspect to it, even though it’s not directly social.

Of course, players are going to share stories about those kinds of challenges with one another, and reach out to others within the game in order to discuss those things. If it was an entirely single-player experience, those stories wouldn’t get shared and referenced as much as when you have a social environment.

JD: I will say that it also affords us a lot of fun, interesting opportunities. One of the things we’ve been able to do is make zone events, which are timed events where you can come together in the world with other players and face a unique challenge to get loot. It becomes a cool moment where, for example, you’re tackling the ancient nightmare in the middle of the misty valley. 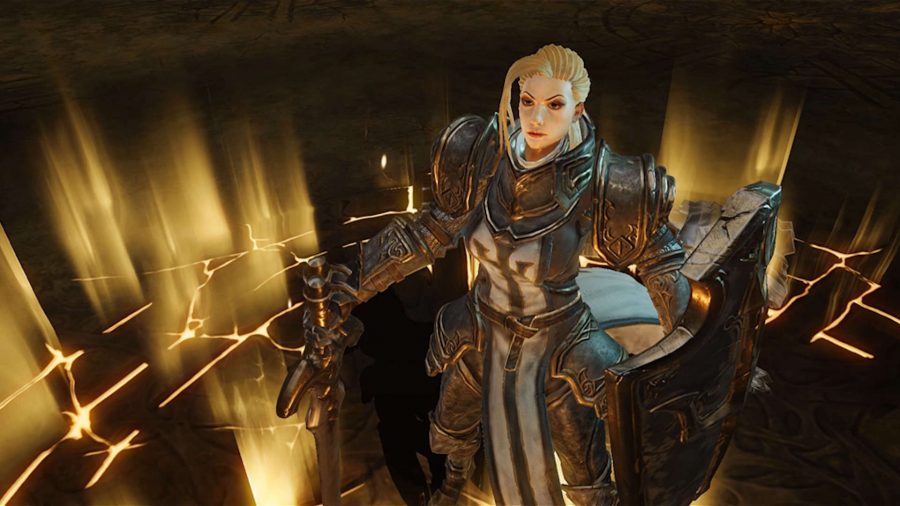 How many zones will be available in the final version of Diablo Immortal?

JD: I believe the answer is ten. We currently have most of the zones in the alpha that you’re playing, and there’s still an upcoming zone that continues after Frozen Tundra. It’s pretty highly alluded to near the end of Frozen Tundra that the player will be heading into hell, and at least one other dungeon. Plus, more systems, more things on top, and – of course – future content.

Do you have a specific level cap in mind?

JD: We’ve been enabling the Paragon and other things like that, letting you explore the endgame and endgame activities. A lot of the point of this was to explore those endgame systems and let people jump in and see things like Cycle of Strife. So, there will be a cap, we’re just not exactly sure what it is.

How will the endgame work? Does it function similarly to Diablo III or is it its own separate entity?

we have a much richer endgame experience [than Diablo III]

JL: Oh no, we have a much richer endgame experience. One of the things that we really want is for players to have lots of different things to do in order to progress their characters. We have things like elder rifts, which are an incremental improvement on greater rifts. Then you’ve got the Helliquary, you’ve got bounties, you’ve got PvP. There’s also the Cycle of Strife that includes an adventurer thread, which is for people who are more PvE focused.

Typically when we think about games, we think about levelling up through the storyline, seeing all the zones, then you reach a level cap and that’s where the game ends. But in the case of Immortal, that’s really kind of where a whole new version – the full-blown version – of the game begins, in that all of these systems are unlocked for you and all of that variety is at your disposal. 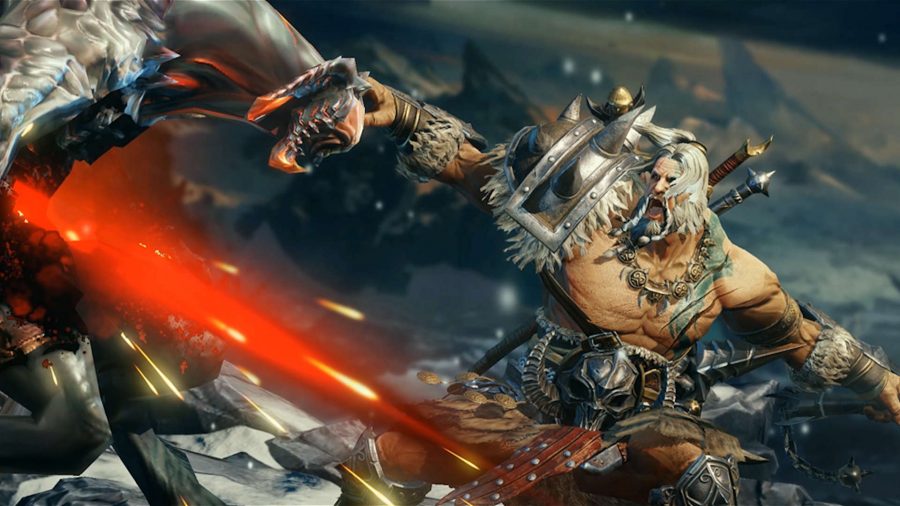 Can you go into more detail about how the Helliquary works?

JD: The introduction of the Helliquary happens along the main storyline. Deckard Cain introduces you to a new character who, with the help of Charsi, has developed this thing called the Hellfire Reliquary. You work together to build this new technology that allows you to harness the power of demons and use it against them as a way to take down bigger, stronger, and more powerful creatures. In general, there’s a lot of people who may feel some similarities to the Uber system or the Hellfire Amulet system from Diablo III, but we wanted to take that and give it a new spin. It has a new place in Diablo Immortal; it’s something that will grow and get bigger, and greater challenges will await.

How do you plan to support Diablo Immortal post-launch? Can we expect new classes and zones?

JL: Yeah! Everybody’s waiting for the game to come out, and they think that’s the end, but that’s just the beginning. I know that sounds maybe disingenuous, because here we are working on getting it out into your hands. But, really, it is just the beginning. We have massive plans for new zones, new systems, new content, new classes. These are things that are currently underway as we speak. No spoilers, of course, but players should expect that when they pick up Diablo Immortal, they aren’t picking up a game where they’re just going to play what we ship – they’re picking up a game that is something they can grow into and enjoy and expect new content to arrive for year after year for a long time to come.

Will there be a secret cow level?

JD: That wouldn’t be a secret if we answered your question!