They may not be as famous as Final Fantasy or Dragon Quest, nevertheless, the Disgaea series has a loyal fanbase, appreciative of its hardcore tactical approach. (Speaking of which, we’ve put together a bunch of the best mobile strategy games, if you dig that kind of thing). This is a remake of the first game in the series, Disgaea: Hour of Darkness. The original was released on PS2 back in 2003. Thankfully, this updated version has enhanced graphics and even a few mobile-exclusive features.

When the Demon Prince, Lahral, wakes from a two-year nap to find that his father has died and numerous upstarts are vying for his rightful position of Overlord, he decides to do something about it. Roaming the halls of the Netherworld, Lahral soon encounters numerous merchants, each with their own helpful advice. There is a lot of information to absorb but after reassurances by one rather patronising guy, who explained that it is possible to complete the game with minimal knowledge, I decided to plough on.

The Dark Assembly building sounded ominously intriguing, so I stepped inside. Here, you can add new members to your party, train characters to higher ranks, and even, through either bribes or brawn, try to influence the Assembly itself.

The initial party consists of just Lahral and Etna (a lady who you soon discover has her own hidden agenda), with the remaining slots being temporarily filled by odd little penguin-type creatures, known as prinnies. Whilst appreciating their support, I decided to try and bring a bit more balance to my party by first recruiting a cleric. Unfortunately, mana is needed to recruit even the most wet behind the ears character.

First though, trips to the weapon and armour shops to buy some shiny new clobber. Each character can be equipped with a maximum of four items so inventory management never becomes too much of a chore. There is also a hospital nearby, and making use of their healing services may cost gold but also award you with special items. The more healing you need the more items you receive, so, weirdly, suffering lots of damage is good?

Battles take place on an isometric grid. They follow the usual turn-based, action-allocation format, but add a few neat twists. Positioning allies in adjacent squares can trigger combo attacks, and a mentor system enables characters created at the Dark Assembly to benefit from fighting alongside their master. One option is to lift and throw adjacent characters. This allows you to pick up and fling comrades, thus increasing their movement range or reaching inaccessible high points.

You can also grab and throw prinnies, who react like penguin-based grenades, exploding on impact. Enemies that block your way can also be grabbed and thrown around the landscape, which is also littered with multicoloured geotiles. Depending on their colour, these provide either bonuses or penalties to characters standing on them. Geotiles are powered by crystals, which can be destroyed or thrown, altering the make-up of the landscape. Clever placement of crystals and deployment on geotiles will definitely give you an edge, especially as the game progresses and the battles become much tougher.

Disgaea isn’t an open-world game of exploration and side quests. It is a linear sequence of tactical battles split into ten episodes, each divided into several stages. Progress requires constantly revisiting stages to boost your character’s level. You will be required to do more grinding than performers at a Dirty Dancing convention.

If that turns you off, perhaps you’ll get on better with another mobile RPG. With that in mind, we’ve compiled a bunch of the best mobile RPGs just for you.

Thankfully, this updated version allows players to switch to an auto-battle mode and speed up the action by up to a factor of eight. Characters in this mode do tend to throw caution to the wind and sometimes you will be called upon to take over command to reach enemies that are particularly hard to get at. However, without this ability to zip through stages the game quickly becomes repetitive and frustrating. 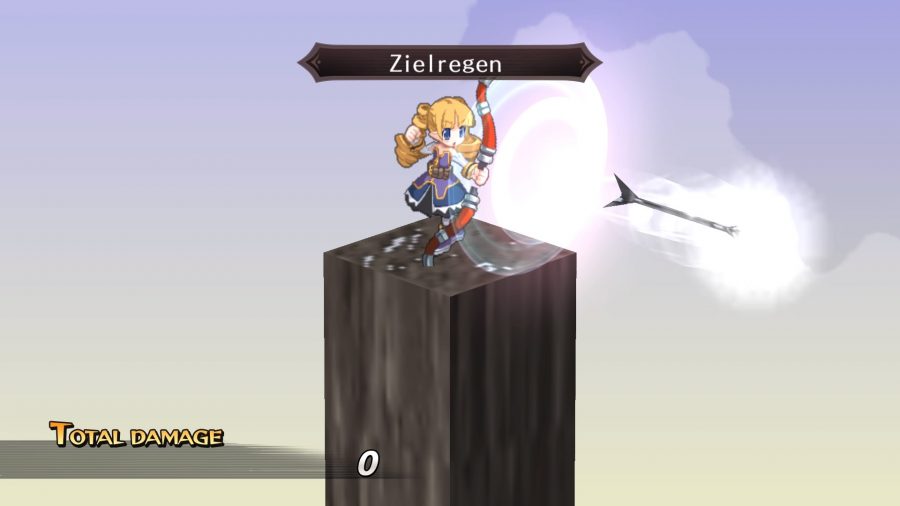 Frustrating because, from the onset, it is obvious that this is a straight port from other systems. Anyone used to the instinctive interfaces of the likes of Warbits and the recent Apple Arcade release Spaceland (looking for more Apple Arcade games? Check out master list) is going to be in for a big shock. The interface feels archaic, with all actions requiring constant menu switching rather than a simple tap and move approach. This is exacerbated when you want to perform quite involved chains of actions such as moving, lifting, and throwing.

The camera also causes frustration. It can only be rotated in 90° steps, which means that getting a clear overview of the action requires constant switching of the angle. The terrain features remain stubbornly solid and it is all too easy to overlook a lurking enemy and unnecessarily awkward to identify and keep track of your units. 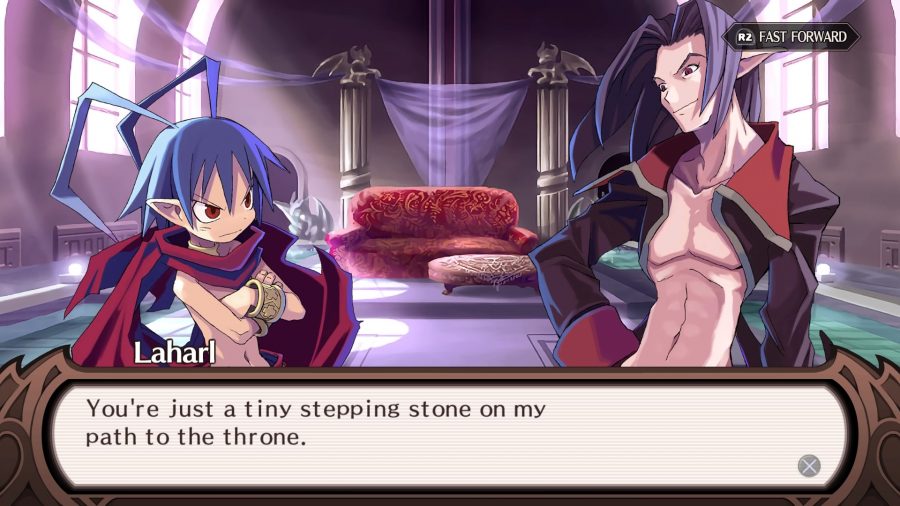 It is a real pity that these issues impact on the enjoyment of the game since it still has many ideas that, in spite of the age of the game, feel fresh and innovative. To upgrade equipment, you need to travel inside it, Fantastic Voyage style. Here the landscapes shift to the abstract, and battling your way through the levels improves the item. Mad, but genius too.

The cutscene graphics, over the top special moves, and combos, are also wonderfully realised with a bevvy of likeable characters and classy voice acting. Some of the humour may have been lost in translation but there is still plenty of comedy and weirdness to enjoy, as our egocentric anti-hero sets about claiming what is rightfully his. It is part loving homage to the anime genre and part self-parody, as the characters mock the level-grinding nature of the gameplay. The music is also splendid, with a range of diverse background tunes that throw every musical genre into the melting-pot.

Despite the enhancements, there is no escaping the fact that Disgaea is based on a game that is over 15 years old, with a price that is probably more than your average mobile gamer spends in a year. The auto-battle mode is both a blessing and a curse. It eliminates the fiddliness of combat and substantially reduces the original’s 100 hour playing time. However, overuse of this feature ruins Disgaea’s tactical nuances, turning the whole game into an overly long anime.

If you can live with the creaky interface and resist overusing the auto-battle system, then you will discover that Disgaea is packed with great ideas and challenging battles.

7
Gaming on Android just got a lot more comfortable