If you’re new to Dragon Quest Tact and need to know which monsters will make the best additions to your party, we’re here to help. The newest title in the Dragon Quest series is a bit different from the mainline games, and sees you controlling monsters in grid-based, tactical combat.

There’s a huge roster of available characters, including some familiar faces from other Dragon Quest titles, all with varying levels of rarity, meaning it may be tough to acquire your favourite. You’re able to obtain a few lower-tier monsters just by progressing through the game, however, the top tier beasts come from scouts.

Our Dragon Quest Tact tier list is a work in progress and will be added to when new characters are released. For the moment, we’ll assist you in building up a strong team, and also provide some information on how you can reroll for a better monster. If you’re looking for other titles like Dragon Quest Tact, take a look at our list of the best gacha games.

When you first start, we recommend rerolling until you get an S rank monster you like, then building a team around it. The best teams are generally fully magical or fully physical, so the S rank monster you land on will dictate which path you should take.

Here’s a list of the monsters you can currently roll for complete with their rank: 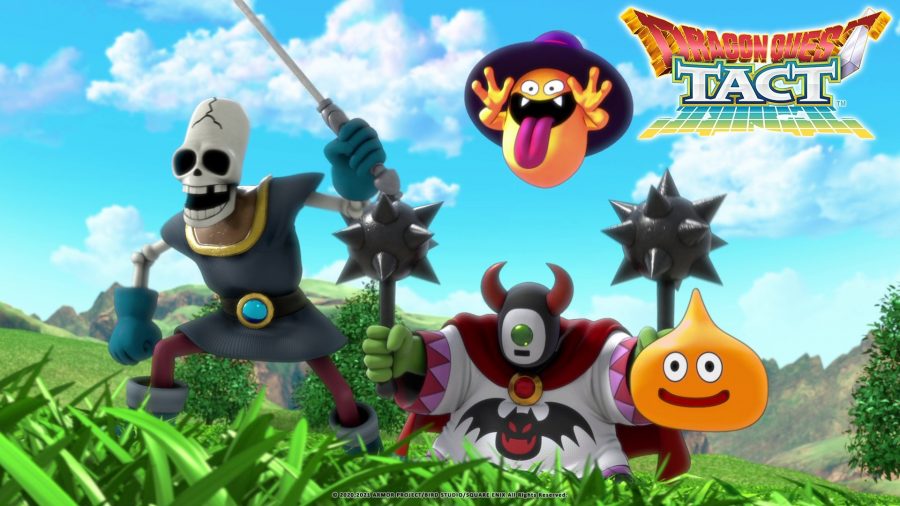 How to perform a Dragon Quest Tact reroll

Currently, the Killing Machine SP scout has unlimited retries, so you can choose that banner without going through the reroll process. If you’ve chosen any other banner, the process of rerolling in Dragon Quest Tact can take a bit of time, but it is possible. If you’ve received a low-tier monster, follow the instructions below to try again.

As mentioned above, our Dragon Quest Tact tier list is a work in progress, so check back frequently for updates on how to perfect your team!