I live and breathe horror. It’s one of my favourite genres, and I’ve always loved it. Even when I was a kid, I got a kick out of horror. As such, I’m well-versed in sub-genres, monsters, or anything that falls under the category, and I especially love zombies. Therefore, it’s no surprise that Techland’s Dying Light pulls me in, quenching my horror needs quite well.

Dying Light hitting the Nintendo Switch has been a long time coming, especially for those of us that enjoyed the zombie survival title when it was first released in 2015. Since then, there’s been rumour after rumour claiming Techland’s horror hit was due for Switch, and at long last, it has. The Dying Light Platinum Edition includes everything, from the main game to all of the DLC.

Of course, the game wasn’t without its issues at its initial launch, specifically some performance issues. So, how does it fair on Nintendo Switch? A console that isn’t known for the power found in PlayStation and Xbox. Well, it holds up pretty well. In fact, the game performs exceptionally well, making for a pretty solid port. I think we can all agree that Switch ports are a risky business, and in this case, it’s paid off.

So, what exactly does Dying Light Platinum Edition do well? For starters, the gameplay is satisfying – there’s something about beating zombies to a pulp with pretty much any item that makes me feel like a badass. That’s right, if you’re yet to play Dying Light, it’s a game that tasks you with being resourceful, forcing you to think about your surroundings, weapons, items, and whether or not it’s a safer bet to run or take out some walking undead.

The weapon system has always been one of my favourite aspects. You can take something as basic as a gas pipe and turn it into a formidable bit of kit that can take down just about any foe in front of you. However, just because you can buff it up doesn’t necessarily mean you should. The game has a relatively deep crafting system, and you need to manage your resources wisely – especially if you hate yourself and choose nightmare difficulty.

Though no matter what difficulty you play, levelling up your stats is vital. There are three different categories, one centres on your parkour skills, another improves combat capability, while the last ups your chances of survival through increasing attributes such as your health and crafting capabilities. It would be fair to say that it’s a system done right, as you level up each section through either free-running, fighting, or crafting, meaning you have to do the very activity you’re trying to improve. 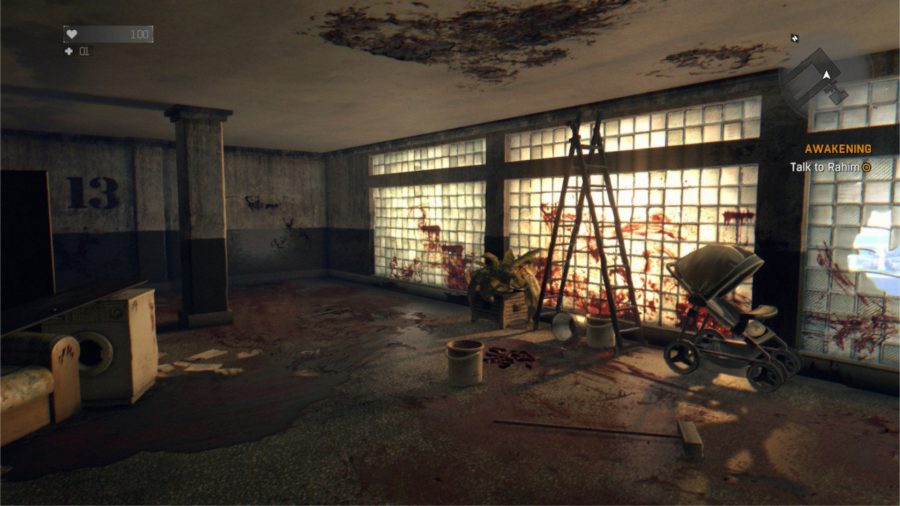 Meanwhile, running around the city feels smooth, with a parkour system that makes navigating your surroundings relatively straightforward, though if you’re one iota off, there’s a chance you’re going to fall from the rooftops to the zombie-infested streets below, and that’s awkward for everyone involved. Sure, you can attempt to fight your way out, but the more noise you make, the more undead you attract.

the control scheme works well, and makes for some fluid movement

In a game that relies heavily on traversal and combat, the control system is vital. Dying Light’s controls feel natural, well, except for the jump button – I died more times than I care to admit for failing to remember the correct input. Other than that, the control scheme works well, and makes for some fluid movement while free running. It also enables you to aim for certain parts of an opponent’s body.

Techland’s day and night mechanic is just as much of a treat now as it was in 2015. Only the brave, and by brave, I mean stupid, run around the city at night, though you’re rewarded for your recklessness with double XP. Why is it such a bad idea to be out at night? Well, it’s a whole other ball game with creatures that are both more aware and aggressive than the average zombie. Oh, and they run so fast Usain Bolt looks like a tortoise. It adds another layer of fear. As soon as the sun begins to set, you need to head back to HQ or a safe house. If you get caught in the dark, the fight for survival goes up a notch – bam! 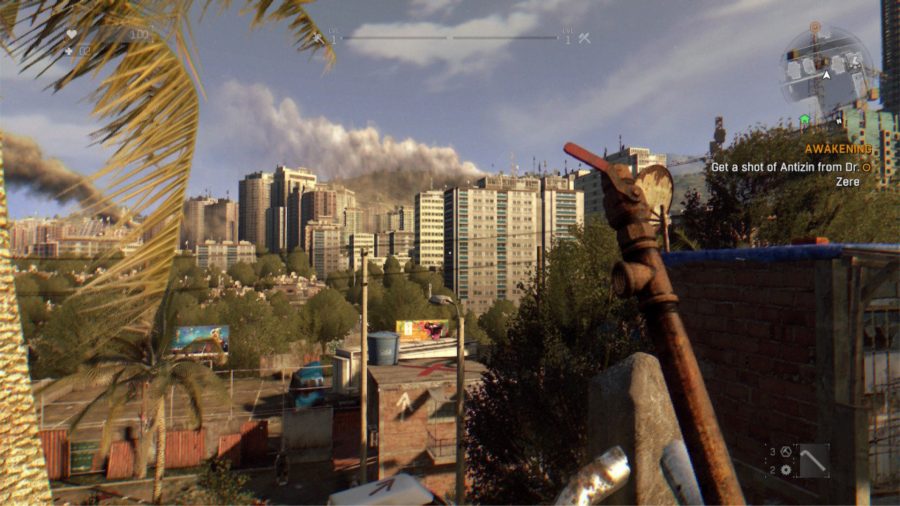 However, the game does have its weak points. From a narrative perspective, Dying Light has never been the strongest horror title out there, especially since it uses a horror trope that’s been done to death – zombies. There’s only so much you can do to make a zombie-based game original when it comes to the story. That’s not to say Dying Light has a totally weak narrative, just that chances are you’ve seen something similar before.

More than that, the world is full of non-interesting characters. You’re likely to forget they exist. Mind you, that’s not a bad thing in a zombie apocalypse. At least that means you won’t be too upset when someone becomes zombie chow. A couple of characters stand out and can hold their own, but most fade into the background.

Overall, Dying Light Platinum Edition is a fun, zombie-filled adventure that will satisfy your zombie slaying needs. Yes, the story isn’t the most impressive, but frankly, the gameplay is so much fun that you’ll hardly notice. Oh, and given that spooky season is upon us, I really can’t think of a better time to dive into the horror infested streets of Harran.

While Dying Light doesn't win many awards for originality, it more than makes up for it with satisfying gameplay that will please even the most established zombie hunters