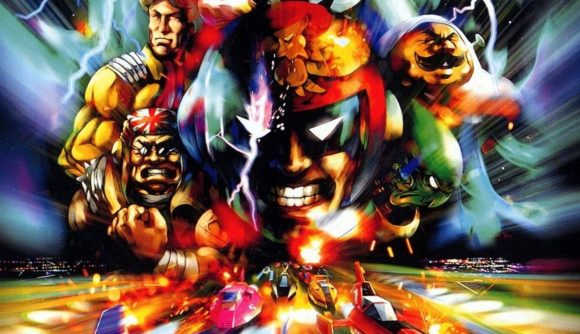 A shareholder apparently said what a lot of us have always been thinking at Nintendo’s annual meeting on Tuesday, namely that we need an F-Zero remake. As reported by NStyles (via VGC), a certain shareholder asked about Nintendo’s plans with older IPs, with specific mention to the futuristic racer.

This shareholder didn’t stop there though, referencing some serious deep cuts like Baten Kaitos, The Frog For Whom the Bell Tolls, Trade & Battle: Card Hero, and Chosoju Mecha MG, as well as asking about a Wario Land and F-Zero remake. It’s nice to know someone’s got our backs in those big fancy meetings.

In response, Shinya Takahashi reportedly said (as translated by VGC): “Regarding remakes of older titles, we are thinking about a wide range of interesting ways to try new and old things. We received a similar question before. At that time, we happened to have a remake planned, so we discussed it, but there are things I cannot say right now.”

Twitter user momiji_manjyuu claimed to be that shareholder, saying, “I am the one who asked this question! I delivered your enthusiasm directly to Nintendo management!” You can check out a tweet from them below.

It’s small, but maybe a slither of hope to anyone hoping for an F-Zero remake. Anyway, for more, check out this Half-Life 2 Switch mod running through the new Portal port. That’s pretty cool.