Project Zero – also known as Fatal Frame – is a unique horror series that holds a special place in my heart. As a lover of all things horror, I’ve seen it all, yet very few games offer the same experience as this string of Japanese horror games. So, you can imagine my reaction to discovering Fatal Frame: Maiden of Black Water was heading to Nintendo Switch after initially being a Wii U exclusive title.

As with any Fatal Frame game, the Maiden of Black Water puts you in the shoes of a poor soul, or three of them in this case. While plenty of titles in the genre provide you with guns, knives, explosives, and everything in between, the Project Zero games do no such thing. Instead, you’re given a camera, and as silly as a camera sounds as a defence mechanism, you won’t be laughing when ghosts are trying to kill you, and it’s your only hope of survival.

It’s a unique system that makes Fatal Frame stand out from the crowd in a genre that’s overrun with titles copying ideas and running with them until the well runs dry. Let’s be honest. Many horror tropes are still going despite being done to death. Yet, Fatal Frame’s approach is unique to the series. Trust me, the feeling you get staring down ghosts through a camera is worlds apart from what you get looking at a zombie down the barrel of a gun.

As I previously mentioned, the game sees you take control of three different characters, Yuri Kzoukata, Ren Hojo, and Miu Hinasaki. If the latter’s surname sounds familiar, that’s because she happens to be the daughter of Miku Hinasaki. Long-time Fatal Frame fans will recognise her as the protagonist of the first game and Fatal Frame III: The Tormented. 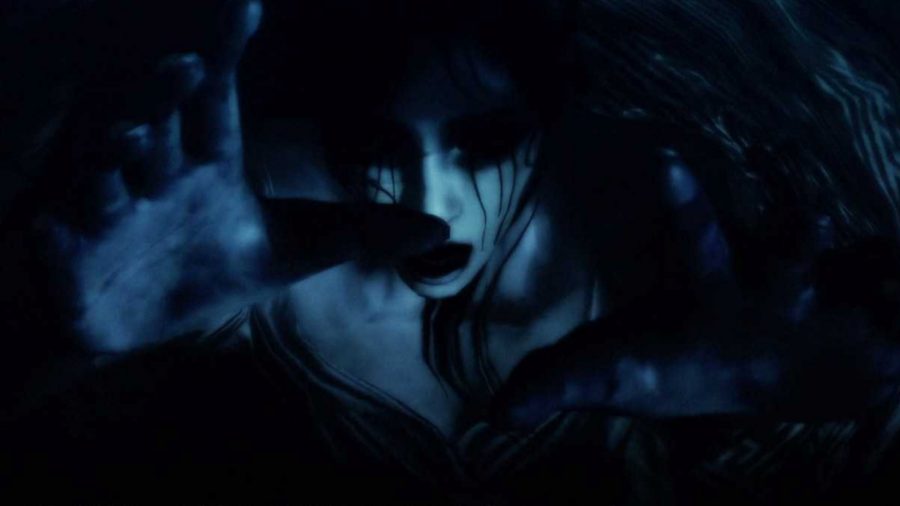 Our story begins by taking control of Miu, who finds herself trapped in a shrine up in the mountains. It doesn’t take long for the tension to take hold. In fact, as soon as she awakens in a room full of water, you can feel the dread seeping in. Then there are the ghosts. They make their presence known in the way only they can.

After a short introduction, you then take control of Yuri, and this is when you learn all about the camera obscura. It’s a unique device that proves to be your best friend as you search the mountains – or, more specifically, Hikami Mountain. That’s the one thing that ties all three characters together. They’re in the dark and eerie mountains. While here, they must traverse through haunted locations such as forests and shrines. And of course, each area is swarming with ghosts.

If there’s one thing Fatal Frame does well, it’s building atmosphere. No matter where you may be, you feel like you’re being watched, death surrounds you, and many spirits are keen to make you one of them, to take from you what they no longer have, a life. With each step you take, there’s this overwhelming sense of dread, and given the darkness that shrouds the environment, you can be sure that the uneasiness never goes away. 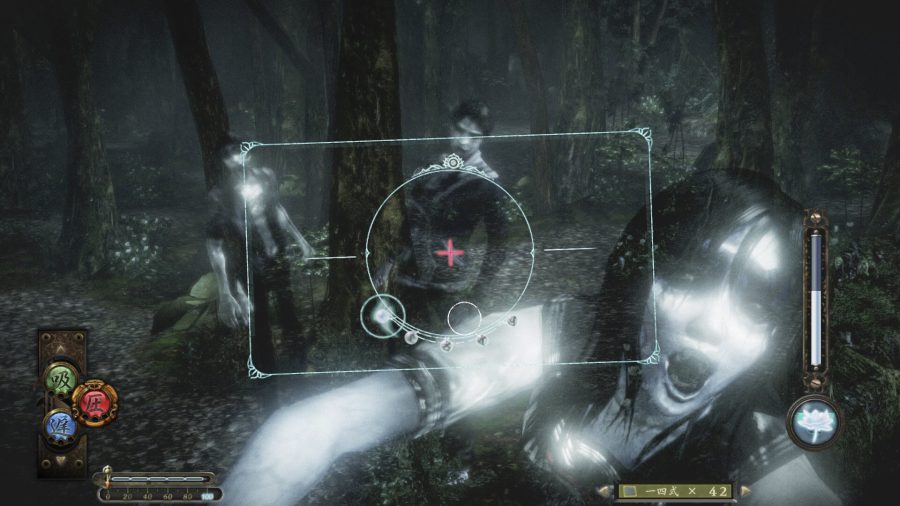 Should photography not be your strong suit, I seriously hope you’re a fast learner. There are many tricks when it comes to the trusty camera obscura, and not just how to use it to stun or even exorcise ghosts. This antique device enables you to pull items, or even people if you’re Yuri, from the shadow realm. To progress and uncover secrets, you need to be prepared to trust your camera and follow your instincts.

If there's one thing Fatal Frame does well, it's building atmosphere

Fortunately, you’re able to upgrade the camera obscura. Upon completing a level, you can spend any points you have earned on new attachments for the camera. Some allow you to use different types of film, which have various benefits. For example, only a certain type will allow you to exorcise a ghost, while the majority cause you to stun them – don’t make the same mistake I did, I used the wrong film and the ghosts had a field day with me, I think they thought they were having a photoshoot after a while. Then there’s a whole range of items available for purchase too. Some allow you to heal, while others offer protection against ghosts. One essential item is the ember, as it dries you off after getting wet – spirits are more likely to find you when you look like a drowned rat.

When it comes to performance, Fatal Frame: The Maiden of Black Water runs well on Nintendo Switch, and it looks the part too. I always find myself waiting with bated breath when trying any remaster or port on Nintendo Switch, and on this occasion, my worries remain unfounded. However, that’s not to say I have no qualms with the game. 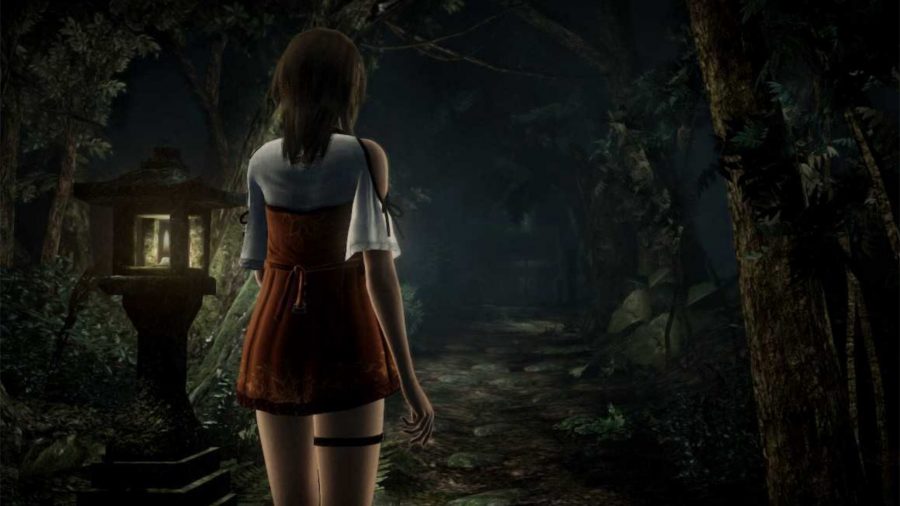 My biggest issue is the movement. For the most part, moving around isn’t much of an issue, but it can feel somewhat clunky when it comes to turning or trying to move at speed. However, walking around and taking in your surroundings does feel natural, with little janky movements in sight. But, when you’re surrounded by ghosts and running is your only option, it can feel harder to get away than it needs to be.

Despite this, the controls themselves feel great. Using the camera obscura may take some getting used to at first, but it works well after a little practice. The tutorial section with Yuri gives you plenty of chances to get used to it, offering plenty of opportunities to put your new skills to the test.

Fatal Frame: Maiden of Black Water is a must-own for any horror fan. Whether you love the series, or are a newcomer, it offers a unique experience with a strong narrative that keeps you hooked across all three story arcs. And with Halloween coming up, I can’t think of a better time to dive into this gem.

The Maiden of Black Water remaster is a solid horror game, and a real treat that builds tension through a dark atmosphere in terrifying surroundings. It's a must-play for all fans of the genre, despite some teething problems when it comes to movement.