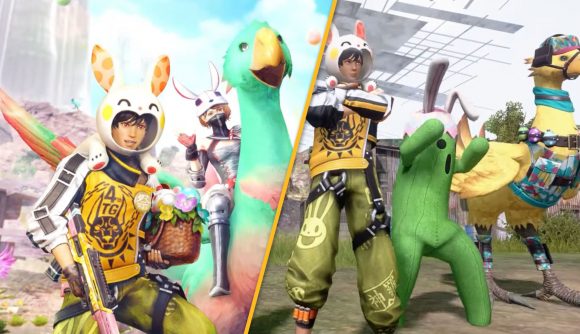 Final Fantasy VII: The First Soldier is celebrating the season with a cracking Chocobo egg hunt, with special items up for grabs, including the big bird’s eggs to keep for yourself. While they’re disappointingly not made of chocolate, getting Chocobo eggs through the event is quite the timesaver when compared with the usual method of bartering over at Moogles Emporium, and might finally get you that fabled male Chocobo for breeding.

The Final Fantasy VII: the First Soldier egg hunt is a great way to add some new skins to your SOLDIER’s collection without parting with your precious pennies. These events don’t roll around too often either, meaning it might be the last chance you get to pick up freebies for some time, so be sure to make the most of it while the good folks over at Shinra are feeling giving towards their SOLDIERS. They’re not always so generous.

Even if you don’t feel like taking part in the great Chocobo egg hunt, some worthwhile log-in bonuses are running through April that you shouldn’t ignore, including extra Gil and Shinra Park Tickets. The big draw though is the majestic multicolour Chocobo, which is destined to become somewhat of a First Soldier status symbol thanks to its dazzling design and in-game rarity.

When is the Final Fantasy VII: the First Soldier Chocobo egg hunt?

The Chocobo egg hunt in Final Fantasy VII: the First Soldier is live now, and runs until April 26. This gives you more than enough time to get out there and search for Chocobo eggs to incubate, and special event skins to add to your wardrobe. That includes a Cactuar skin, which you can style in the classic mid-dash pose. 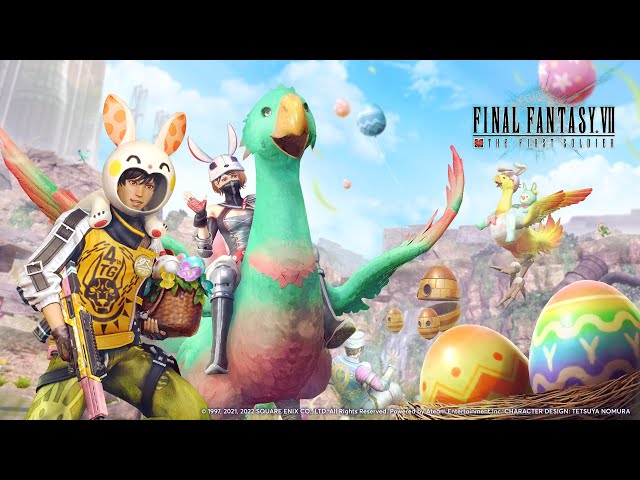 With that, you’re fully up to date on the Final Fantasy VII: the First Soldier Chocobo egg hunt, well in time to gather a few unhatched beauties. For more of Square Enix’s big bird franchise mascot, check out our Chocobo GP review, for a fast-paced and frantic imagining of the world of Final Fantasy.