There were many exciting new announcements in the February Nintendo Direct, and those looking forward to more tales in the world of Fódlan will be pleased to hear that Fire Emblem Warriors: Three Hopes pre-orders are now available. Knowing that Fire Emblem games have a tendency to go out of stock and become quite rare, you might want to order this as soon as possible if you’re a fan.

This will be the second time that Koei Tecmo have tried their hands at a Fire Emblem game, with the first being 2017’s Fire Emblem Warriors. While the previous Warriors title was more of a crossover event, designed simply to bring together existing characters in a story that officially took place in ‘another dimension’, Nintendo have said that this one will take place in the same universe as Three Houses, which suggests that it might have a more significant story-based focus.

There’s a precedent for this too, because Koei Tecmo’s Hyrule Warriors: Age of Calamity (the sequel to Hyrule Warriors) had a story that tied closely to Breath of the Wild, while the original was a crossover story in a similar mould to the original Fire Emblem Warriors. Either way, we’re looking forward to seeing what Three Hopes has in store.

The Fire Emblem Warriors: Three Hopes release date falls on June 24, 2022. Here’s everything we know about its pre-orders before then: 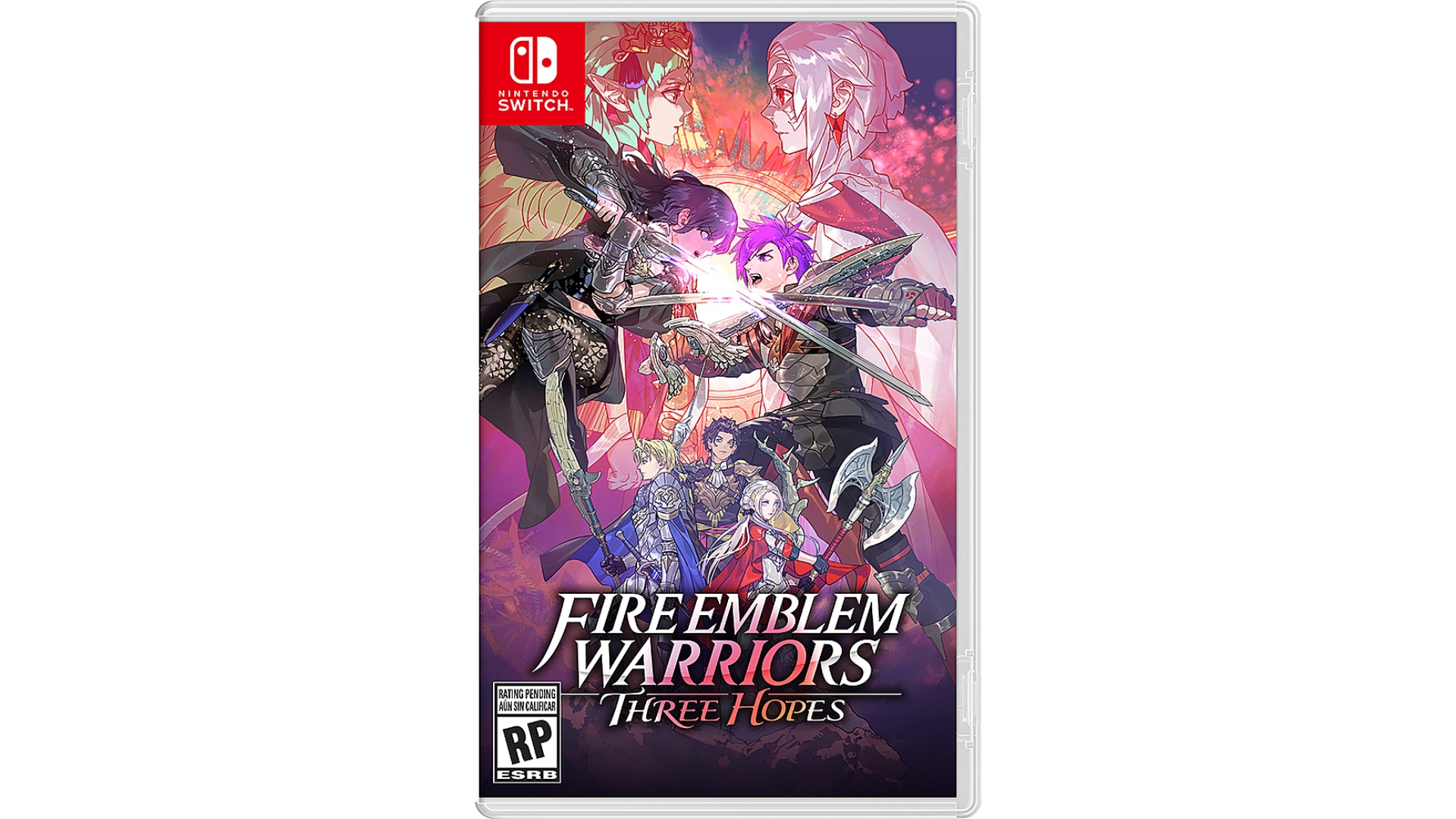 The standard release is available from multiple retailers. If you want to get your hands on the game on day one and aren’t worried about pre-order bonuses (none of which are in-game), then you can do so via the links below. 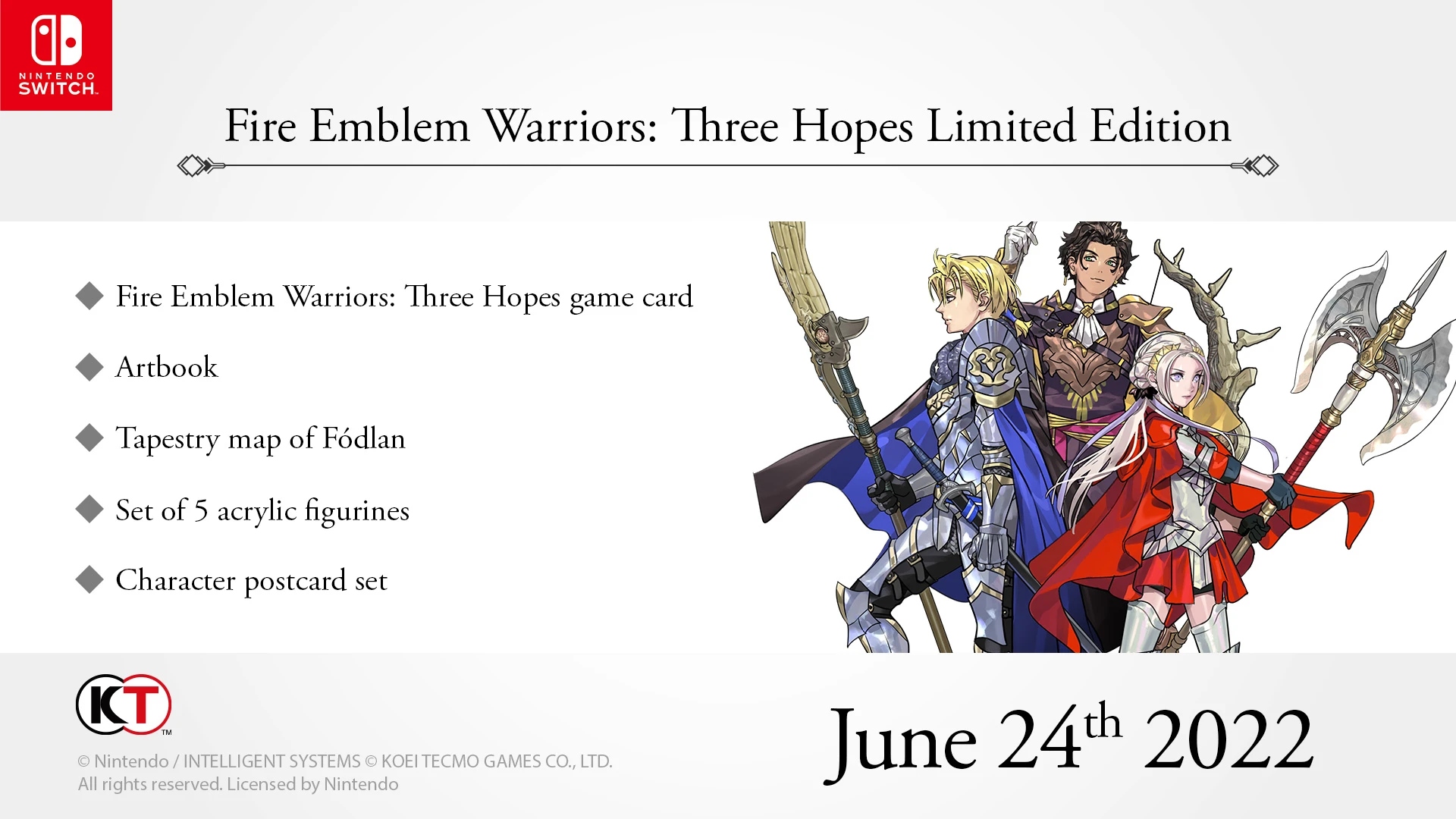 While a Limited Edition of Fire Emblem Warriors: Three Hopes has been announced, so far it has only been made available to pre-order for customers in Japan, Europe and the UK. We don’t know when, or if, this will also be released in the US. The game was available to pre-order in the My Nintendo Store, but is currently out of stock, though that’s not to say that more won’t be made available. It contains all of the following: 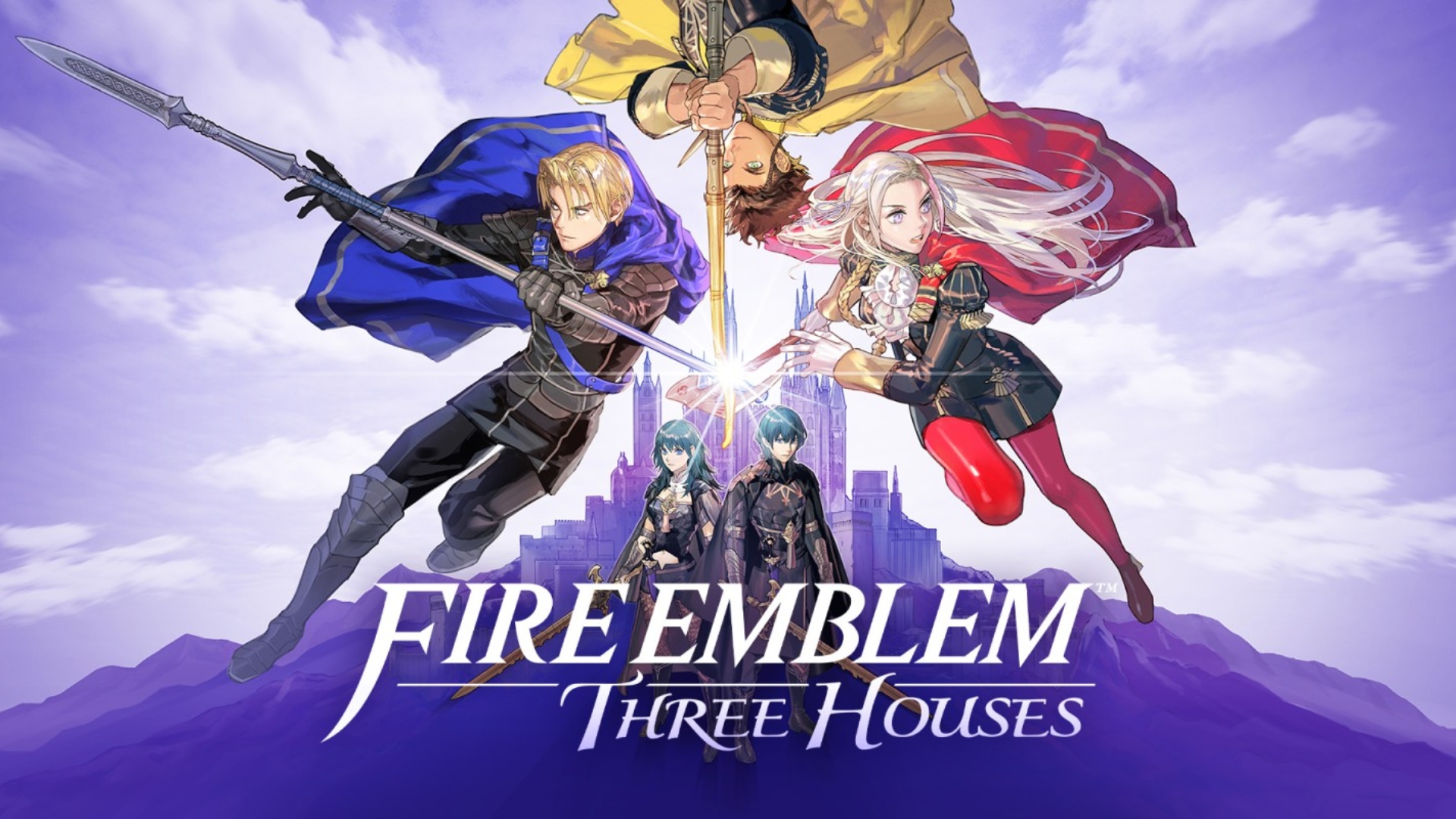 Catch up before you play Fire Emblem Warriors: Three Hopes

For more Fire Emblem content, take a look at our Fire Emblem Heroes tier list, and if you like the genre, check out our best Switch RPGs guide, which, spoiler alert, contains Fire Emblem: Three Houses.