It seems to follow in the footsteps of Hyrule Warriors: Age of Calamity, by taking a hit Switch title’s setting and transferring it into the Musou genre. Within three days, Age of Calamity shipped four million copies worldwide, so Three Hopes could be another big Warriors hit. For all the news from the latest Nintendo Direct, check out our Xenoblade Chronicles 3 release date or Mario Strikers Battle League release date guides to make sure you know about everything coming to Switch this year.

When is the Fire Emblem Warriors: Three Hopes release date?

The second instalment in the Fire Emblem Warriors series is coming out on the Nintendo Switch on June 24, 2022. Get ready for some dramatic Musou action with all your favourites from Three Houses.

Is there a Fire Emblem Warriors: Three Hopes trailer?

Yep, there is, as shown at the latest Nintendo Direct. You can check out the reveal trailer below. 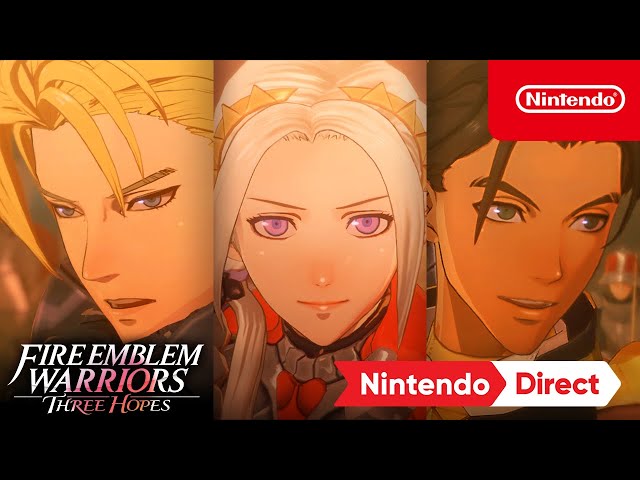 What’s the gameplay like in Fire Emblem Warriors: Three Hopes?

Assuming it follows the same gameplay as its predecessor, Fire Emblem Warriors: Three Hopes will be another hack ‘n’ slash action RPG. There’s an overworld map from which you’ll choose different missions. Once in a mission, there will be goals like taking over checkpoints or defending certain characters, all while thousands of enemies try and take you down. You’ll need to use combos and various special moves to take them down.

That’s everything we know about the Fire Emblem Warriors: Three Hopes release date. If you need more Fire Emblem goodness check out our Fire Emblem: Heroes tier list for some mobile gacha fun.