Apparently, one regular-as-clockwork yearly update to the Football Manager franchise is not enough, which means that prospective managers now have three different flavours to choose from. The fully-fledged version is the Old Trafford of football management games; it may not be the newest, but it is still the biggest and the most renowned.

Oh, and speaking of management games, we’ve put together a list of the best mobile sports manager games for your perusal.

The tablet-tailored Touch version is more like the London Stadium; flashy and new it might be, but it lacks a sense of history and ownership. This leaves the Mobile variant, which was first introduced on the PlayStation Portable back in 2006 before making its debut on iOS in 2010. This is more like Bournemouth’s Dean Court ground; a tight and compact design that, not so long ago, was completely reoriented to make the most of the limited space available.

Space is definitely at a premium when trying to squeeze Football Manager onto mobile devices. Not so much space in terms of memory (although the game does take up a hefty 2 GB) but space in terms of screen size. Football Manager spits out more stats than the most motor mouthed of American sports commentators and sees more menus being presented than on the busiest day at Waiter Training School. A nip here and a tuck there is certainly essential, but does this extensive surgery leave behind a game that flatters to deceive?

Initial impressions are promising, with an expansive range of set up options on offer. You can create your own club or embark on a thirty-year career at a team of your choice. There is also a challenge mode, which features seven scenarios that thrust you directly into the heart of the action. You may find yourself in a relegation battle, dealing with an injury crisis or maintaining an unbeaten run. Finally, you set your manager’s reputation which reflects the difficulty level, it will be much easier to entice star players if you are a household name rather than unknown.

It makes more sense to highlight the new features rather than to dwell on the familiar core gameplay. The addition of Danish and Greek leagues means that the mobile version now boasts over 60 leagues, spanning 21 nations. This may be a far cry from the 116 leagues and 52 countries of the fully-fledged version, but it still offers more than enough choice for most would-be managers. The upgraded youth development system ensures that you now have more information on the progress of your youngsters before they are snatched away for a pittance by bigger clubs.

You can even ask a seasoned pro to take an impressionable youngster under their wing and mentor them. Hopefully, this will not lead to them getting involved in stealing taxis or drunken road accidents.

Despite the game’s premium price, there are still additional unlockables and challenges that can be acquired

Other additions include a reserve team that presents the opportunity to get your young players playing at a higher level or improve the fitness of seniors that are recovering from injury or loss of form. There are also call ups to under 21 national teams and more options for dealing with media reports. Finally, derby games have been introduced, adding some extra passion and rancour to matches against your nearby neighbours. To sum up, it’s not really bursting with new features or ideas, and there is always the feeling that ideas are always being held back to help justify next year’s release.

There are advantages to being leaner and meaner; foremost is that the mobile version plays much faster. So, if you want a life outside of your virtual management responsibilities then this may be the way to go. The downside is that tactical options feel limited and the no-frills highlights do little to disguise the fact that this is just an exercise in juggling numbers. The user interface may have been updated but it is still far from perfect. There is a labyrinth of information to wade through that can make even relatively simple actions such as nominating a captain or even seeing the latest league table more cumbersome than it should be. 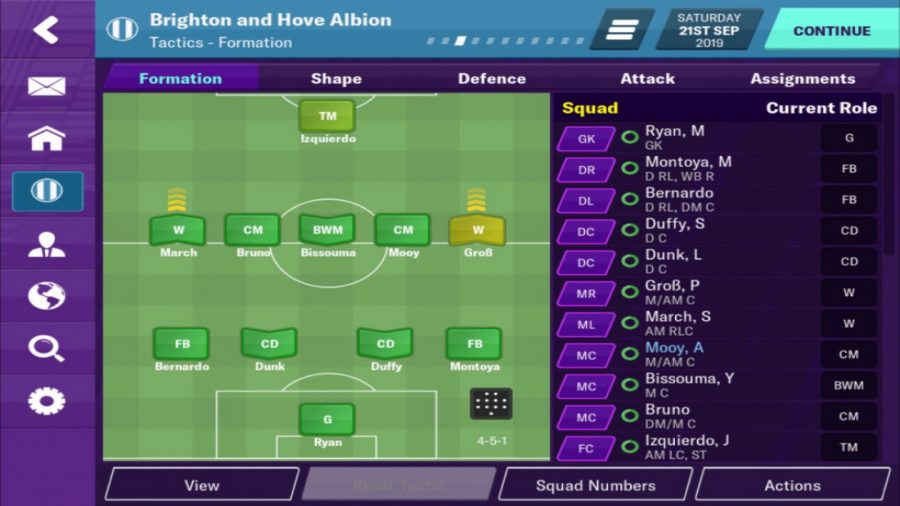 Many screens allow you to swipe left and right to bring up pages with yet more in-depth information. Unfortunately, it is all too easy to accidentally select something rather than swipe it, which can take you to a completely different set of screens. The sense of information overload is also prevalent in the transfer market. Trawling through players can feel like finding a needle in a haystack, but there is a real sense of satisfaction when you discover a hidden gem.

Despite the game’s premium price, there are still additional unlockables and challenges that can be acquired. The most expensive of these is the database editor, which may allow you to play God, but it costs as much as the game itself. Some unlockables have to be earnt through your endeavours; for instance, you can remove all transfer windows by making a huge transfer profit. Others can also be bought with real-world money, such as acquiring a sugar daddy chairman and other equally depressing money-grabbing ways to cheat your way to the top. Maybe this is all a satire on the underhand wrangling and financial unfair play rules that plague the modern game? 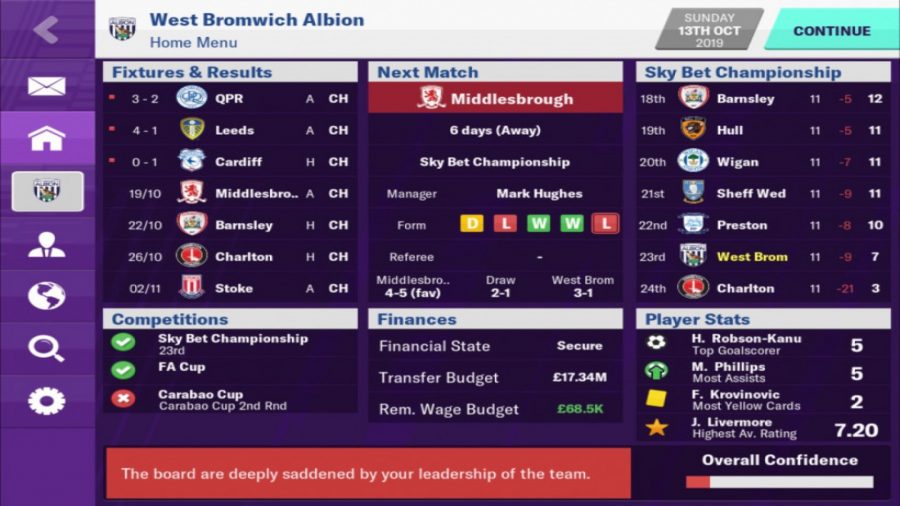 The developer’s preference for drip-feeding new ideas means that there is not really enough new content to recommend this if you already have last year’s version. Unless you are the sort of person who simply has to have their favourite club’s first, second, and third strips on the day of release. The game is still a little buggy, but the programmers seem to be very responsive when it comes to resolving problems. Licensing issues may annoy perfectionists; England fans will breathe a sigh of relief on discovering that the German national team is missing, but Juventus fans will be cross to discover that their beloved team has been renamed Zebra.

Compared to its big brother, FM 2020 Mobile may lack in features but it is still by far the most comprehensive and well-researched management game available on your phone.