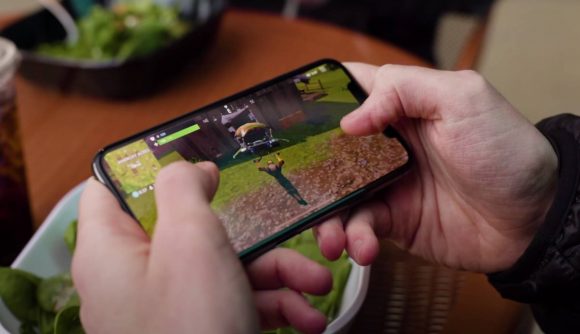 Apple has decided not to let Epic Games re-apply to the Apple Developer Program for at least a year. While Epic has filed a preliminary injunction to overturn the ban, this does mean it’s unlikely that Fortnite will be able to return to iOS until at least August 2021. The information was revealed by Daniel Ahmad, Senior Analyst at Niko Partners, on Twitter over the weekend.

For those that don’t know, Fortnite is no longer available on Google Play or the App Store, after Epic Games put a workaround in the game to avoid the 30% cut that Apple and Google take from all microtransactions. Epic anticipated the reaction, however, and launched a lawsuit against the tech giant, even publishing an in-game parody of the 1984 Apple Commercial, where the Macintosh was the revolutionary force breaking IBM’s monopoly over the computing market.

“Apple has become what it once railed against: the behemoth seeking to control markets, block competition, and stifle innovation,” says the injunction. “Apple is bigger, more powerful, more entrenched, and more pernicious than the monopolists of yesteryear. At a market cap of nearly $2 trillion, Apple’s size and reach far exceeds that of any technology monopolist in history.”

You can find Daniel Ahmad’s tweet below, along with the relevant snippet:

Apple has said that it will not let Epic Games re-apply to the Apple Developer Program for at least one year.

Epic Games did file a preliminary injunction last week to overturn this ban.

Epic claims it is not seeking financial compensation or favourable treatment by suing the multi-trillion-dollar conglomerate. Instead it is seeking to relieve what it refers to as the ‘monopoly’ that Apple has over the iOS app distribution market, and the in-app payment processing market.

If you want the full details on the lawsuit, you can find them in our Fortnite Apple guide, or in our feature about how consumers are the true victims of Epic vs Apple.