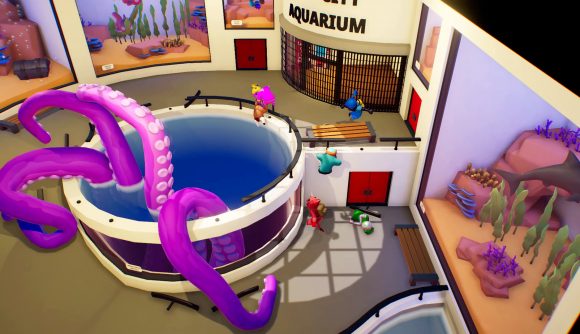 Developed and published by Boneloaf, Gang Beasts is a chaotic multiplayer title that was released on PS4, Xbox, and Steam a while back. So Nintendo Switch owners have been waiting patiently to join in the fun. You play as gelatinous characters in brutal slapstick fights, with multiple hazards in each level, all within the mean streets of Beef City.

So, when is the Gang Beasts Switch release date? While the title was meant to already be out for Nintendo Switch, it has been hit by a few delays. So, fans will have to wait a tiny bit longer to get their hands on it.

It looks to be worth the wait though, as Gang Beasts is currently sitting at “very positive” on Steam, and the madcap humour and physics-based gameplay will be perfect on Nintendo Switch alongside similar games like Human Fall Flat. Gang Beasts also has plenty of levels to explore and costumes to unlock, so there’s a lot of game to delve into when we finally get our hands on it.

Gang Beasts developers Boneloaf announced in a Twitter post, that the title is coming to the Nintendo Switch eShop on October 12, so fans don’t have long to wait at all now. In the meantime, you can check out the latest trailer to see exactly what all the fuss is about. 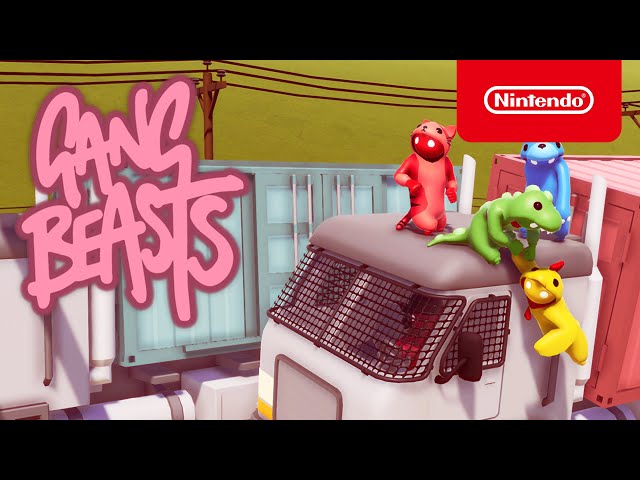