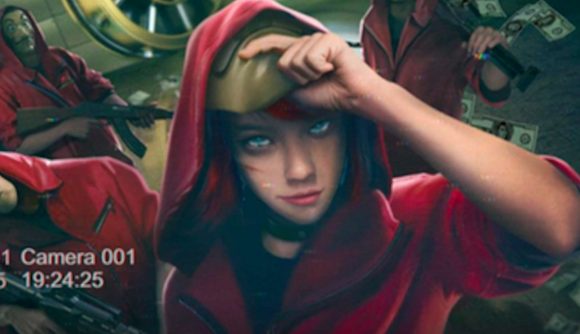 As part of the Plan Bermuda update, a new game arrives in Garena Free Fire. Money Heist mode drops on September 19, and sees opposing teams race to collect the most cash before time runs out. The mode is best described as a domination-style game, where you have to gain control of a money printer and defend it to secure the cash. Whichever team reaches the allotted amount of cash inside the time limit wins.

Some other in-game activities arrive on September 6, but the Money Printing event won’t be available until September 12. This event focuses around printing money for prizes, and you can speed up the printing by completing daily events, recruiting friends, and adding Printer Fuel Tokens. The ultimate goal is to earn one million dollars before the event ends on September 22.

If you want to know more, you can watch a trailer for the event below:

“Creating memorable experiences for our Free Fire community is key,” says Harold Teo, producer at Garena, regarding the partnership. “There are few better ways to do so than by teaming up with one of the most popular Netflix series, Money Heist.”

If you want to play the event for yourself, you can find Garena Free Fire on Google Play and the App Store. For more similar recommendations, see our list of the best mobile multiplayer games!