Since launching back in September last year, Genshin Impact has had a staggering amount of new content. We’ve braved the frozen peaks of Dragonspine, had fun in the Lantern Rite and Windblume festivals, and welcomed the summer by exploring the Golden Apple Archipelago by boat. That’s not to mention the wealth of new systems, including city reputation, the Serenitea Pot, gadgets, and a whole host of new characters, monsters, quests, and more.

Perhaps most surprising though, is that developer and publisher Mihoyo has just released Genshin Impact’s biggest update yet, version 2.0, which goes by the title of ‘The Immovable God and the Eternal Euthymia’ and introduces a whole new region, Inazuma, to the mix. This includes new explorable areas, quests, characters, domains, monsters, gadgets, gameplay systems, and much more.

Now, it’s been a pretty busy year for games, so you’re forgiven if you’ve not found the time to get back into Genshin Impact. And with such a wealth of new content on offer, we don’t blame you if you find it a little intimidating. That’s where we can help though. We’re going to give you a rundown of every single Genshin Impact update yet, along with an overview of the new features, to help ease you back in gently. That way you can explore Inazuma without a care in the world. 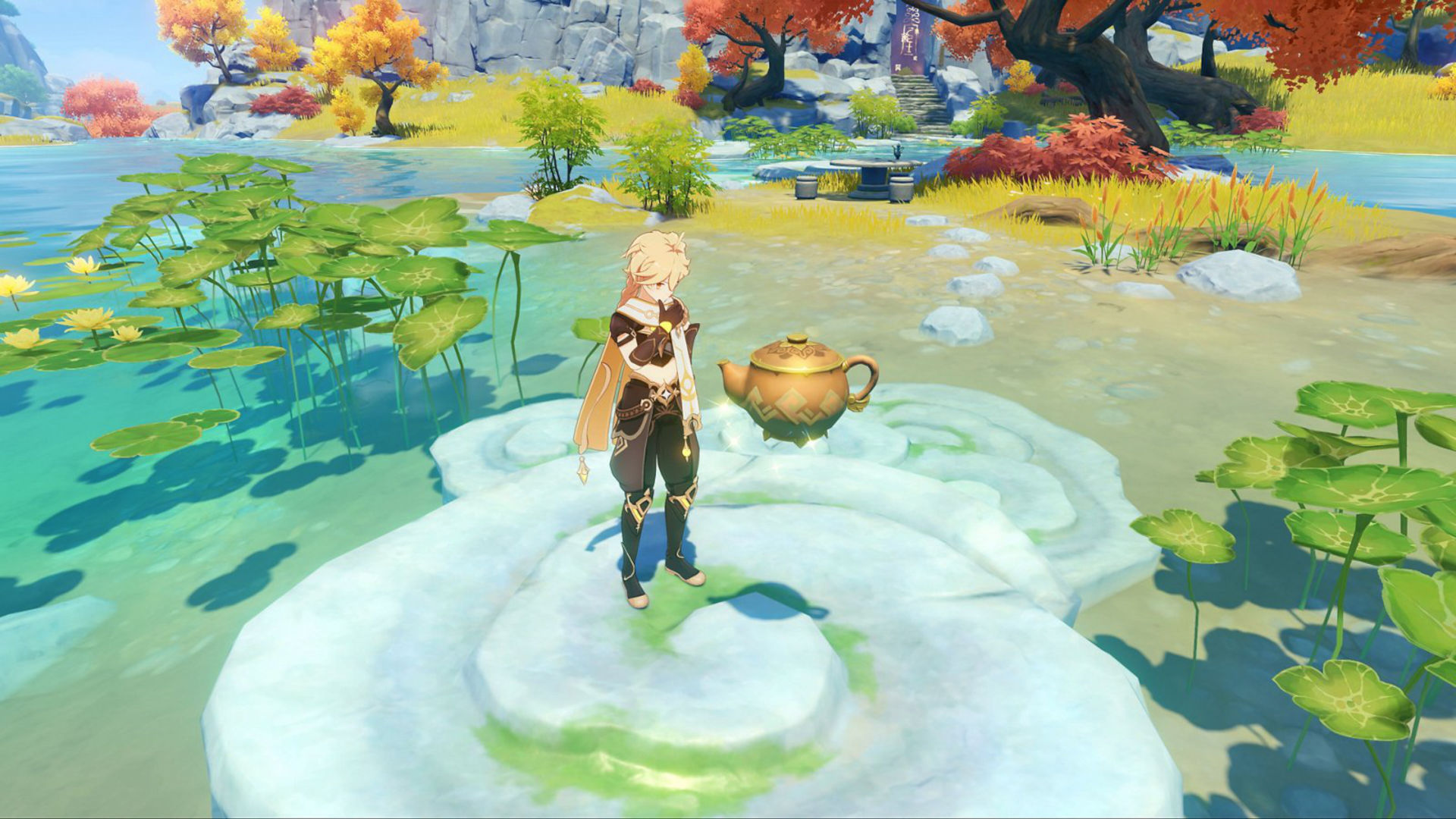 Genshin Impact’s first update, ‘A New Star Approaches’, seemed enormous at the time but, in hindsight, it was a pretty modest offering by Mihoyo’s standard. As you can expect, it expanded the character pool, with Tartaglia, Diona, Zhongli, and Xinyan joining the fray alongside new weapons, quests, and events.

The highlight of this update though was, undoubtedly, the city reputation system. This provides you with daily repeatable quests that you can complete for reputation in Mondstadt and Liyue Harbor, rewarding you with gadgets, discounts, mining locations, recipes, name card styles, and wind glider skins.

There were also a myriad of QOL features, like the archive system, which allows you to learn more about the world of Teyvat and its characters at your leisure, and the exploration progress system, which shows you how much of an area you’ve still got to complete.

Genshin Impact 1.2: The Chalk Prince and the Dragon

The Chalk Prince and the Dragon introduced a whole new area to Teyvat, ‘Dragonspine’. This frozen mountain is the most challenging location yet, thanks to its subzero climate, which causes you to lose health over time if you spend too long away from a source of warmth. Fortunately, there’s a new Goulash meal, which serves as a portable heat source. You also can’t burn grass, which makes certain enemies more challenging to defeat.

New characters include Albedo and Ganyu, and there are new quests, equipment, events, monsters, and more. Most importantly though, version 1.2 introduced the Ley Line Disorders feature, which provides buffs and debuffs while within the Spiral Abyss and certain domains, helping to keep you on your toes.

Genshin Impact 1.3: All That Glitters

Version 1.3 brought the picturesque Lantern Rite Festival to the world of Teyvat, which we experienced over the course of 26 world quests. Xiao and Hu Tao joined as new playable characters, alongside new equipment, events, monsters, gadgets, and more.

This update is perhaps most notable for its myriad QOL changes though, most notably for mobile players. You could pre-install the update two days before it arrived, and controller support finally arrived for iOS devices. Meanwhile, a revamped battle pass arrived for all platforms. 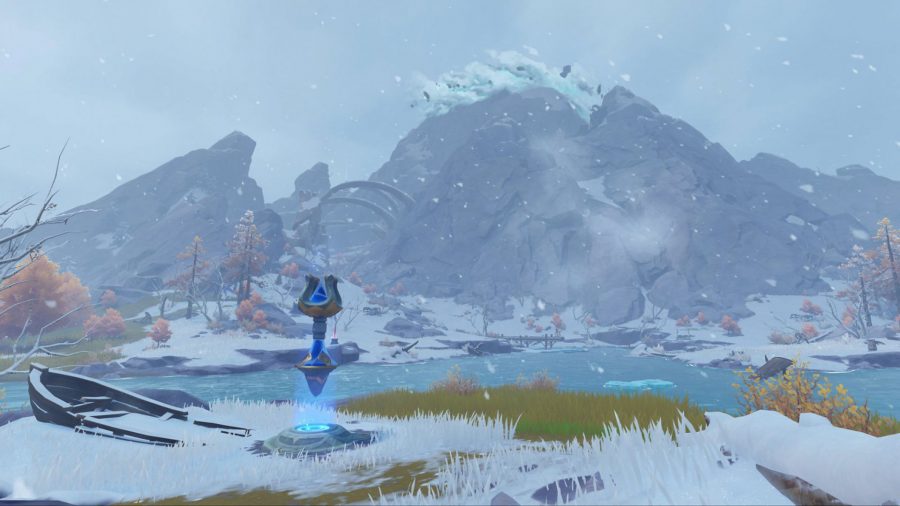 Invitation of Windblume arrived alongside spring itself, and helped us welcome in the warmer weather with the glorious Windblume festival, which introduced a variety of limited-time challenges that you could complete in exchange for a variety of rewards in the event shop. This included archery, gliding, and lyre challenges – the latter of which arrived alongside a new musical gadget.

Genshin Impact 1.5: Beneath the Light of Jadeite

Beneath the Light of Jadeite was a more modest offering, which focused on the inclusion of the fan-favourite Serenitea Pot. This is Genshin’s answer to player housing, basically, and, along with the Hangout Events, which helped you to get to know your characters more intimately, made the RPG feel a lot more like Animal Crossing.

The Serenitea Pot is a gadget that functions as a portable home. You can whip it out no matter where you are and visit your home, which you can furnish, and explore with your friends in co-op mode. Version 1.5 also introduced characters Eula and Yanfei.

Genshin Impact’s 1.6 update arrived alongside summer, and helped make the heat more bearable with the introduction of the Golden Apple Archipelago. This new explorable area is made up of a collection of islands bursting with treasure, and allows you to explore via boat. If you’ve ever played The Legend of Zelda: The Wind Waker, you’ll feel right at home.

It also introduced a wealth of new boat-based minigames, including combat encounters, races, and, of course, treasure hunting. This update is also notable for introducing skins to Genshin Impact, which included summer-themed outfits for Jean and Barbara. Kazuha was the sole new character.

And that leads us nicely to the latest update, ‘The Immovable God and the Eternal Euthymia’, which introduced a whole new region, Inazuma, and a bevvy of new characters, quests, events, and everything else you can expect at this point. To learn more, head on over to our Genshin Impact update guide for a full breakdown, or check it out for yourself on the mobile store of your choice.