Genshin Impact has been a hot topic of conversation recently due to recent trailers showing an incredible likeness to The Legend of Zelda: Breath of the Wild. It is easy to see most advertisements for Genshin Impact have centred around the similarity of the enemies and familiar scenery players will recall from Breath of the Wild. But is it the clone gamers have anticipated? Or just savvy marketing?

The game opens up with a beautiful anime-style cutscene, which gave me high hopes for things to come. You're given a bit of back story then go through a short tutorial segment. The control system is basic and easy to grasp from the tutorial provided, but, right away, I had serious issues with lag playing on my Samsung 8 mobile, and the motion blur didn't do too much to help.

Each character has a different combat style or element they can control. Switching between each character in combat is exceptionally smooth, and I never felt as though I wasted any time trying out each combat style against small mobs. Sadly, some mechanics feel very basic. When tasked with cooking a meal, I hoped for a Cooking Mama-Esque mini-game but was sorely disappointed when all I needed to do was press the screen once to stop a pointer on a gauge, easily getting a perfect score every time. Crafting felt even more dull, you choose the item you want to make and then wait for a timer to deplete before collecting it from the blacksmith.

Shortly into the game, I was gifted with a glider, then thrown into an on-rails shooter style boss fight against an almighty dragon, this fight was unlike anything I experienced with the glider in Breath of the Wild. Unfortunately, this battle was not necessarily fun. As I held my finger down over the boss and watched its health bar quickly deplete, I thought… What’s the point? Put me back on the ground. 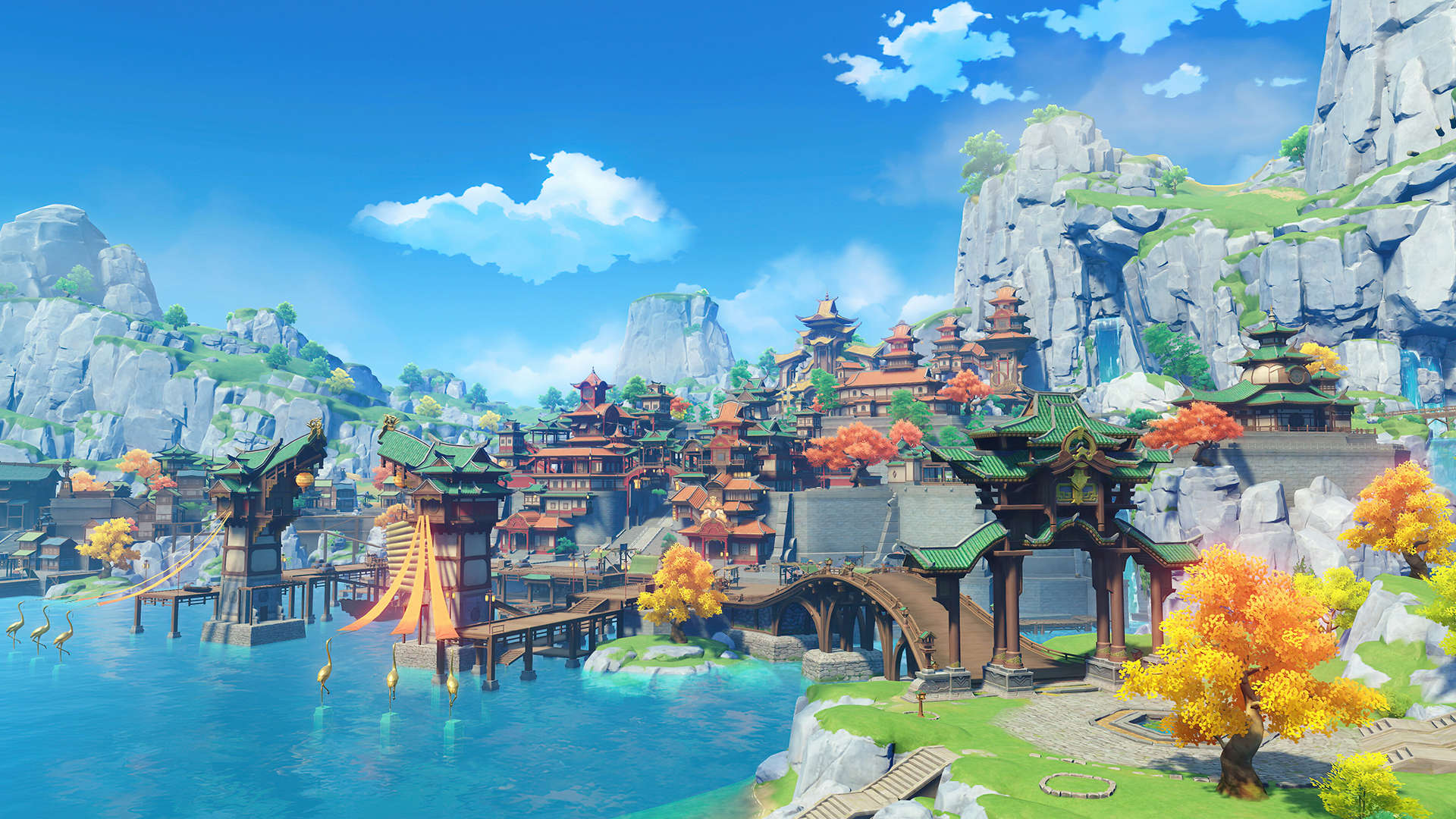 I loved exploring the open world, gathering ingredients and minerals, and speaking to the varied inhabitants scattered across the plains. Each side-quest kept me interested by expanding on the story and giving me worthwhile rewards, and I appreciated not having my hand held very shortly after beginning the game.

Switching between each character in combat is exceptionally smooth

Unlike the gorgeous world of Teyvat, every dungeon I entered felt the same, some variety to the scenery would have made each of them much more interesting to complete. You run a fairly linear path through each and fight simple mobs of enemies as you progress. I faced a couple of time trials during my time in the dungeons, and these may have been refreshing if the difficulty was increased slightly. Luckily, each dungeon is short, meaning once you get through them, you can go back to completing quests in the beautiful open world.

I appreciate that the gacha aspects don’t feel too invasive when you first begin, as the game gifts you with lots of freebies and allows you to ‘Make a Wish’ to obtain a random character, and other beneficial items to get you going. As you progress through the story, you need to sink some cash in if you want to try out some fresh characters or obtain a character that covers an elemental weakness you may have. Still, I found myself very content with the roster of characters I obtained naturally. 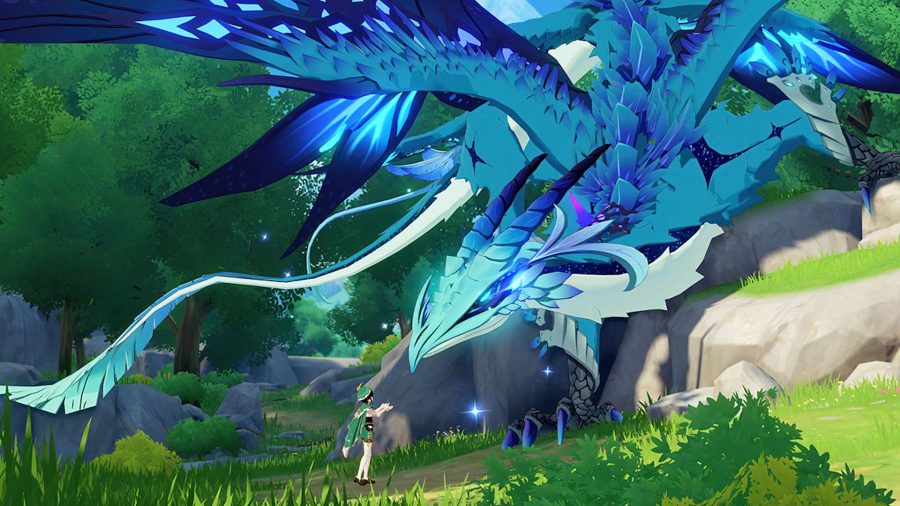 I can certainly see and feel the similarities Genshin Impact has to Breath of the Wild, but each character introduced brings a different mood, each town has a lived-in, natural atmosphere that is a joy to explore. It is, at the most superficial level, a copy. But anyone who plays will quickly see these titles have very little in common.

Be sure to pick up Genshin Impact yourself for free on iOS, Android, Windows, or PS4 and check out our Genshin Impact tier list to work out which characters are best.

A beautiful anime-style RPG, that is a joy to explore, though certain aspects can feel overly simple.