Whether it’s updates coming to Hearthstone Battlegrounds, an update to Hearthstone gameplay, or a whopping new expansion, our Hearthstone update guide has handy sections for each patch, and what it’s introducing. We’re also going to keep updating it as new content is added to the game.

That way, each new update is easily digestible, allowing you to assimilate the new minions and heroes into your game. If you enjoy this Hearthstone update guide, be sure to check out our list of the best Hearthstone decks, and Hearthstone battlegrounds mobile guide for further helpful info!

Here is the latest hearthstone update:

This update sees a lot of balance updates coming for both Duels and Battlegrounds modes. It releases on November 5.

No Guts, No Glory – Duels

A Tale of Kings – Battlegrounds

We have a loaded balance update for Duels and Battlegrounds coming tomorrow!

Madness at the Darkmoon Faire

Hearthstone’s upcoming expansion, Madness at the Darkmoon Faire is scheduled to release on November 17. The 135-card expansion introduces a brand new keyword, powerful Old God Artifacts, and the Old Gods themselves make their return.

We hope you enjoyed the show!

In case you missed anything, here's a recap of what's coming up ⬇️ pic.twitter.com/tPW1pOEzxH

This new game mode takes inspiration from Hearthstone’s Dungeon Run modes, except this time players will be playing against each other instead of fighting the AI. Duels is completely free to play in Casual mode, however there will be a Heroic mode more akin to Arena mode. Players can pay 150 gold or $1.99/£1.99 for a Tavern ticket to try their luck at this tricky mode.

The theme for this debut season is Wizard Duels, bringing together the heroes and scholars featured in the Scholomance Academy expansion. Duels will change after the release of each new expansion, ensuring players will have fresh content to play every few months.

Pre-purchasing the Madness at the Darkmoon Faire bundle will grant players early access to the new Duels mode. This will be available from October 22 to November 11. The Duels beta will be available for all players starting November 12. There will be a ranked season of Duels that is set to take place on November 17 with season one.

The biggest system update yet

Hearthstone’s progression system is getting a much-needed upgrade, introducing an achievements system, a reward tracker, a revamped quest system, and an update profile page. All of the following changes are set to arrive on November 12.

The old quest system is being replaced with a map that highlights your upcoming rewards called the Reward Track. Playing Hearthstone will grant you experience points which are used to unlock levels on the battle pass. There are 50 levels in total, allowing you to unlock card packs from Standard, various card backs, lots of gold, two legendary cards, and one of ten all-new Hero skins. There is a free track and a paid track that is unlocked by purchasing the Tavern Pass.

Daily quests will continue to exist, and weekly quests are being added to the game for the first time. Each week, players will be given three weekly quests to complete, though these are more difficult than the average daily quest. You can continue to reroll quests once a day, so if you have something that’s a bit too hard, just reroll for something different.

Every expansion from Madness at the Darkmoon Faire onwards will receive a 35 card mini-set half way through an expansion. This ensures the meta continues to be as fresh as possible with an injection of new cards.

Finally, players will receive a brand new profile page which displays a lot of lifetime stats from your account. Examples of these stats include showing off your current rank in Standard and Wild, your total number of wins per class, and the progress made towards your next golden portrait. Blizzard mentioned in the livestream that this is not the final profile page, so expect some changes to this system over the coming months.

Come one, come all! Enjoy the festivities and stay ᶠᵒʳᵉᵛᵉʳ

Blizzard has announced that Hearthstone’s Fall Reveal is arriving on October 22 at 8am PT (4pm BST) and you can watch the stream on YouTube or Twitch. The stream will feature a number of Hearthstone announcements, with game designers Pat Nagle, John McIntyre, and John Yang speaking with host, Brian Kibler. Could it be a new game mode? A new expansion? All we have to go on is a spooky looking eye and some fairground music, so my bet is we at least get a circus-themed Halloween event.

You can also earn yourself a Scholomance Academy card pack by watching 15 minutes of the stream on Twitch.tv/PlayHearthstone, with more details on how exactly to do this, and the Fall Reveal, available on the Hearthstone website.

On October 15 patch 18.4.2 is coming to Hearthstone, bringing with it a variety of balancing changes to Battlegrounds mode. Here’s what to expect: 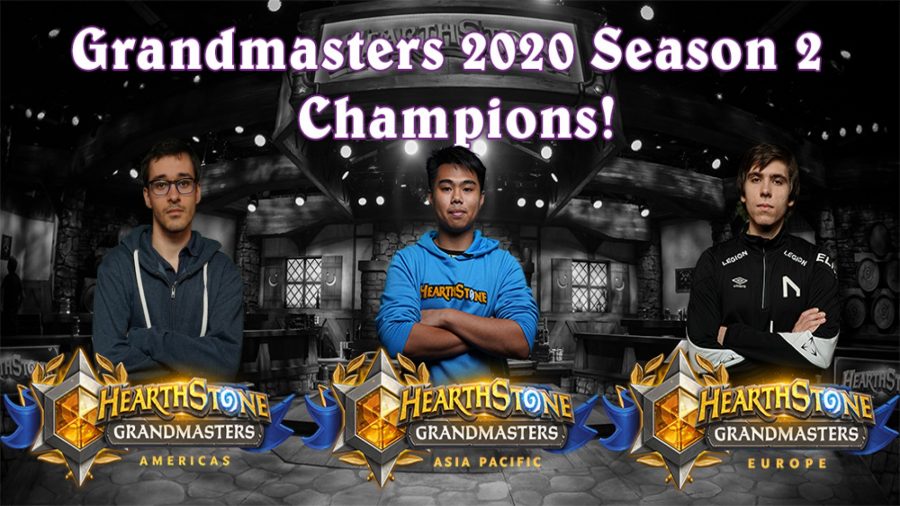 Three more players have secured their places in the Hearthstone World Championship after competing in the final bouts of Grandmasters Season Two last weekend. For the Americas, Jerome “Monsanto” Faucher is representing, for Asia Pacific, Pramet “Bankyugi” Putchakan, and for Europe, Jaromir “Jarla” Vyskocil.

These players are joining Brian “bloodyface” Eason, Sato “glory” Kenta, Vladislav “SilverName” Sinotov, and Fan “iG.Syf” Yilun at the World Championships, which take place between December 12-13. For more details on the matches, and each player’s fight to earn a Grandmaster spot, see the official post on the Hearthstone website.

This weekend is the final of the Hearthstone Grandmaster’s Season Two playoffs, which sees players competing to become regional champions, earn part of a massive prize pool, and one of three remaining Grandmaster spots in the Hearthstone World Championship. The final takes place between October 9-11 and kicks off at 2am PDT (10am BST).

If you want to watch if for yourself, tune in to the Hearthstone Esports YouTube channel. For more details on the tournament structure, available languages, and who’s casting the event, check out the Hearthstone website. 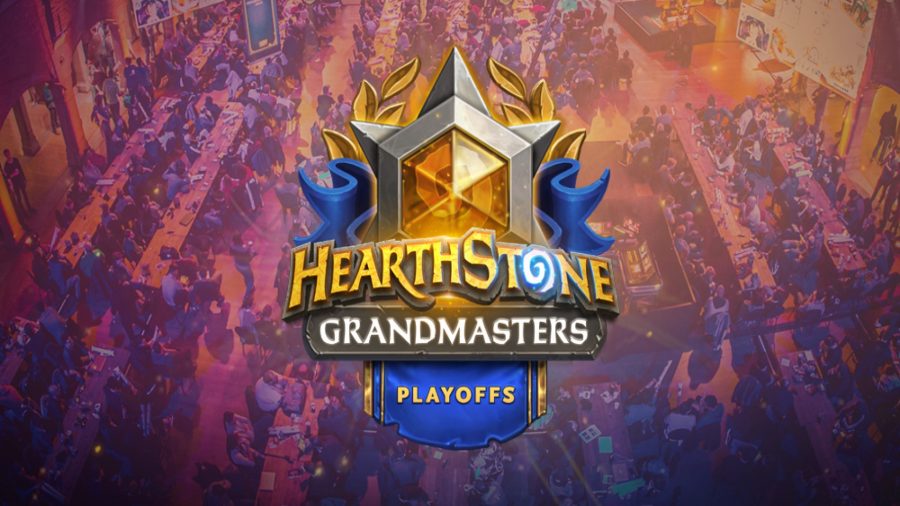 Masquerade all is a brand new in-game event in Hearthstone. It features a makeover for the tavern, weekly new content, including Tavern Brawls and the dual-class arena, and a new Hearthstone book of heroes experience. 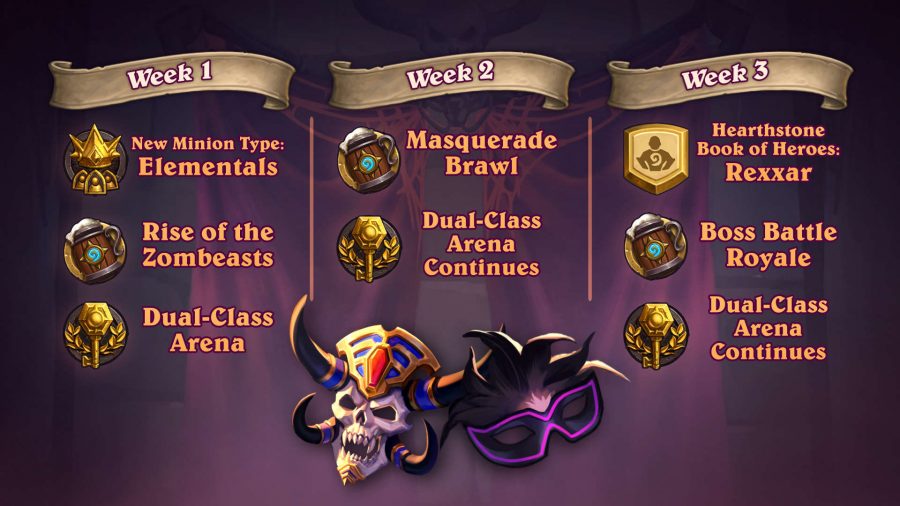 For full details, check out the patch notes post on the official Hearthstone site.

Hearthstone update 18.2 brings plenty to the game, including the Forbidden Library event, and some new faces in Battlegrounds. Here are all the details: 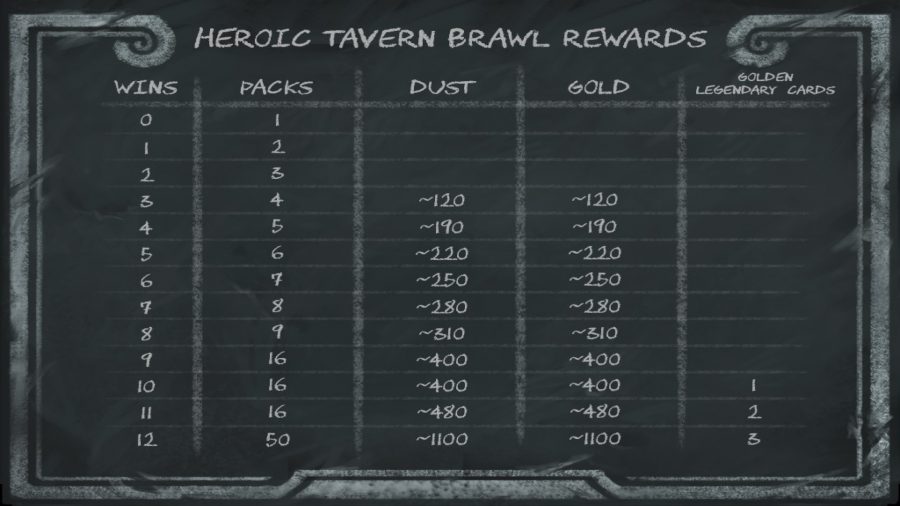 Update 18.2 brings some new battlegrounds heroes with it: 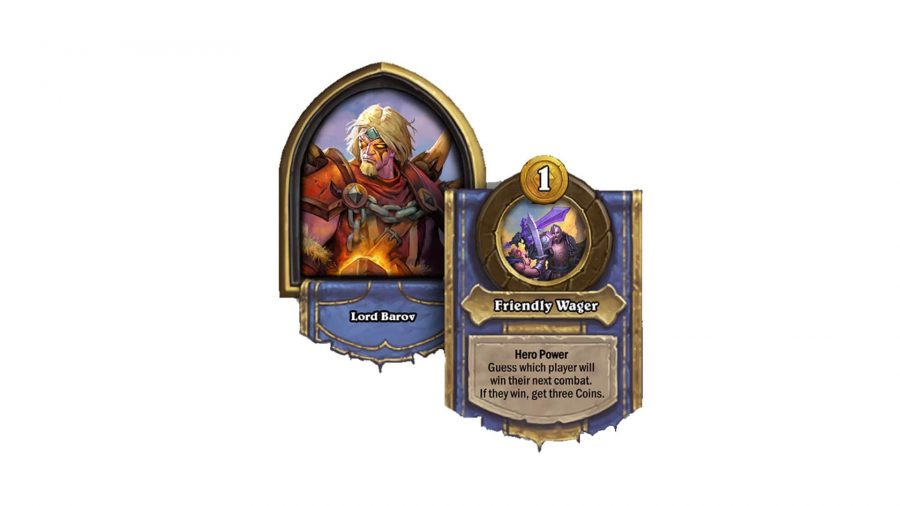 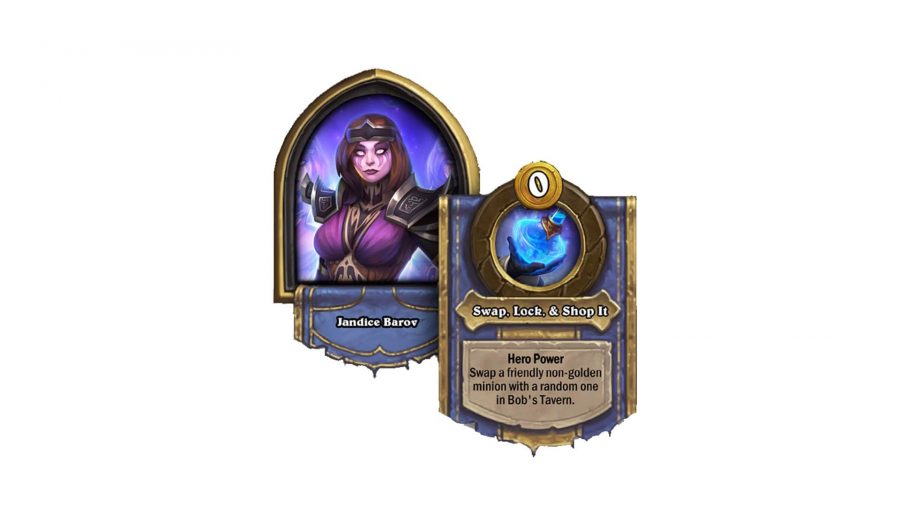 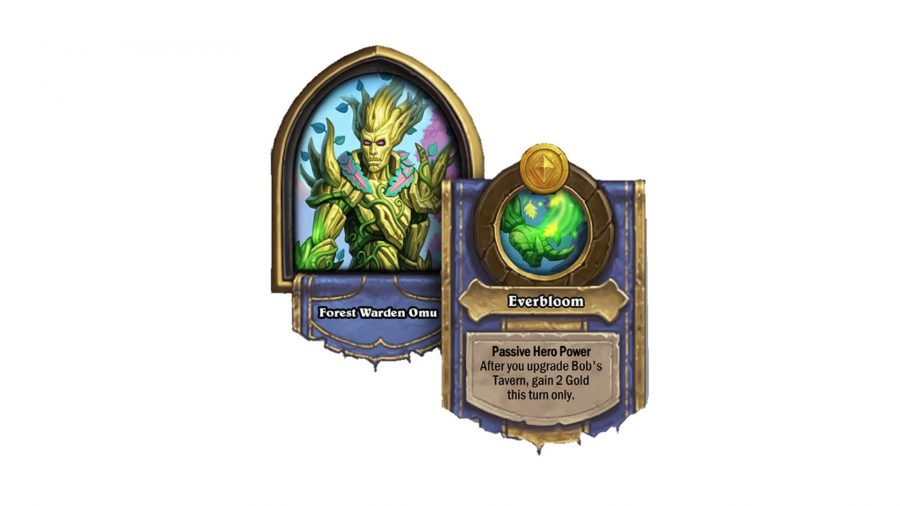 Mecharoo has been removed from Battlegrounds, and there is a new minion in update 18.2:

As well as some balancing changes to others in battlegrounds and the main game:

Hearthstone’s newest expansion, Scholomance Academy is now live, and brings with it lots of new minions, mechanics, and updates:

Hearthstone update 18.0.2 is here, bringing a few balancing changes to various cards while removing some Battlegrounds minions. Here are the main changes:

Here are the hero changes in Hearthstone update 18.0.2:

Scholomance has now arrived, but Patch 18.0 made a minor Hearthstone Battlegrounds update before the expansion dropped. Here are the biggest changes in Hearthstone update 18.0: 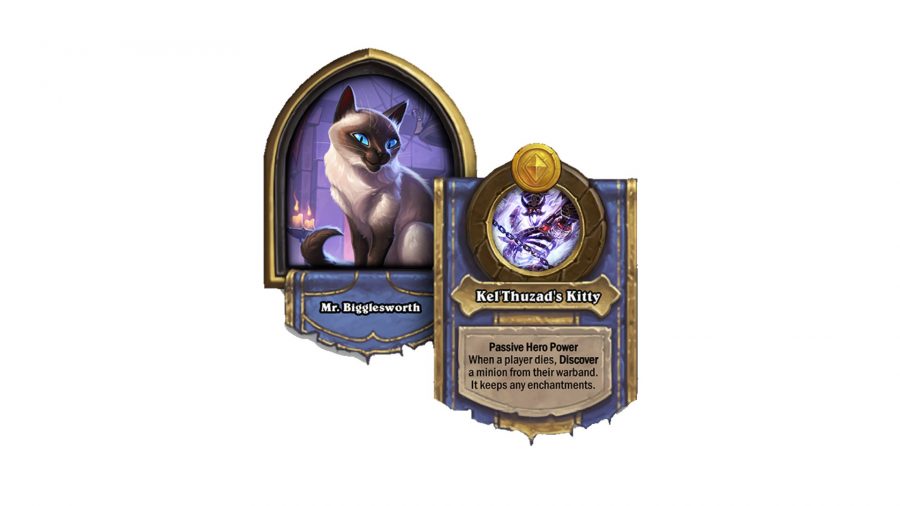 Here are the minions added in Hearthstone’s 18.0 update:

If you want to play Hearthstone for yourself, check Google Play and the App Store to download!